Written by and Video courtesy of Alejandro Usobiaga MPhil

It’s simply not enough to suggest an alternative and walk away in the hopes that someone, somewhere will make it happen. This is perhaps one of science’s most fundamental flaws. We often make suggestions without any real substance or, even worse, willingness to follow through. In this regard, Opwall breaks the mould as they go above and beyond to ensure that their goals are achieved. 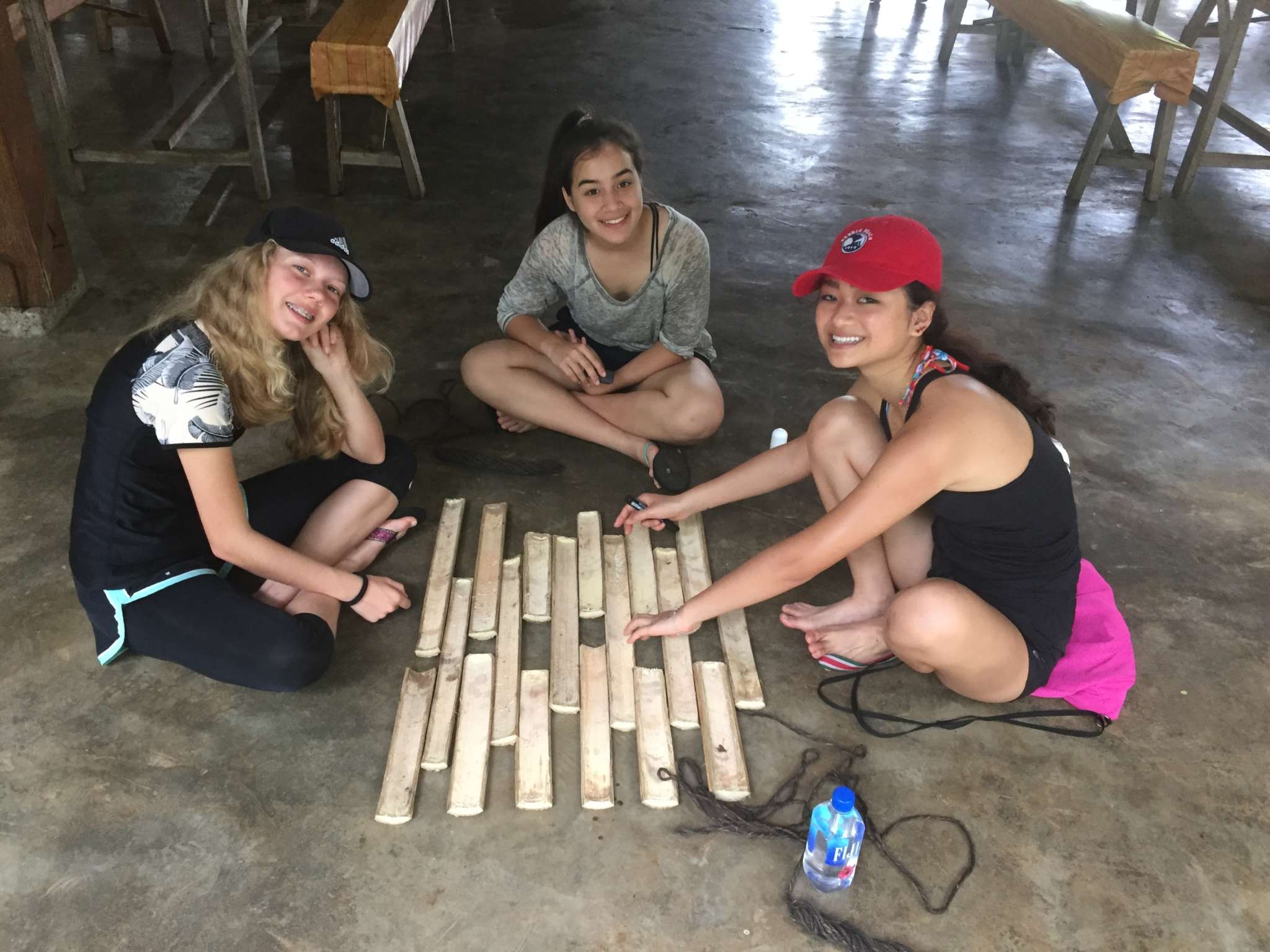 In Bau Bau, our relatively few years of monitoring data have already begun to reveal the high pressures on the reefs. These pressures are mostly anthropogenically driven and range from plastic pollution to overfishing. Perhaps the latter, as seen across Indonesia and other Indo-pacific nations, is the most devastating. Many of our reefs are now showing signs of heavy degradation from harmful fishing methods such as cyanide and dynamite fishing. But we also understand that these fishing practices at times are used out of desperation from fishers who simply seek to put food on the table for their families. Who are we to judge? 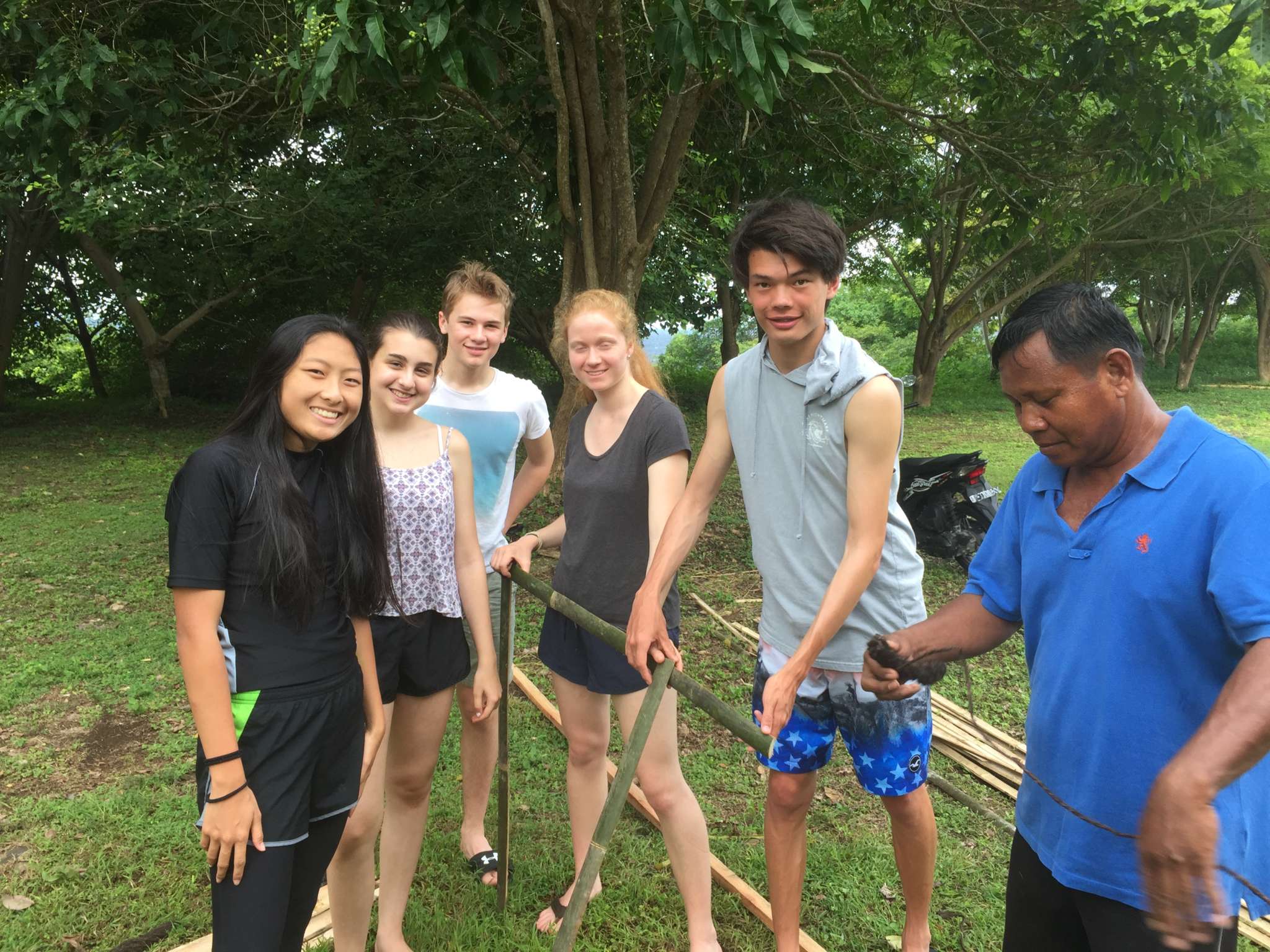 What we can do is help educate communities and provide an alternative fishing method that both relieves the fishing pressure from the reef and provides that very necessary source of food and income for fishers and their families. This is where a FAD (Fish Aggregating Device) such as a ‘Rumpon’ comes into play. Essentially, a Rumpon is a ‘safe haven’ for fish that use it for protection from larger predators and is made by anchoring a large buoy or platform to the benthos via a long rope with palm fronds and structures along it. Pelagic fish such as rainbow runners and fusiliers can often be found around them. Both of which serve as great alternatives to catching rabbitfish and parrotfish (two essential reef-associated herbivorous fish).

As of March 2018, thanks to Hong Kong International School and the local fishing community of Pantai Nirwana, a new Rumpon can be found on the outskirts of Moko and Nirwana reef. The hope is that fishers will now relieve some of their fishing pressure from the reef and seek to catch more from the Rumpon. This project was carried out as a collaborative effort from the local fishers, local divers, and schools attending the Opwall March Expedition. All parties met on a regular basis a week prior to installation to decide on the placement of the Rumpon and the objectives behind it. 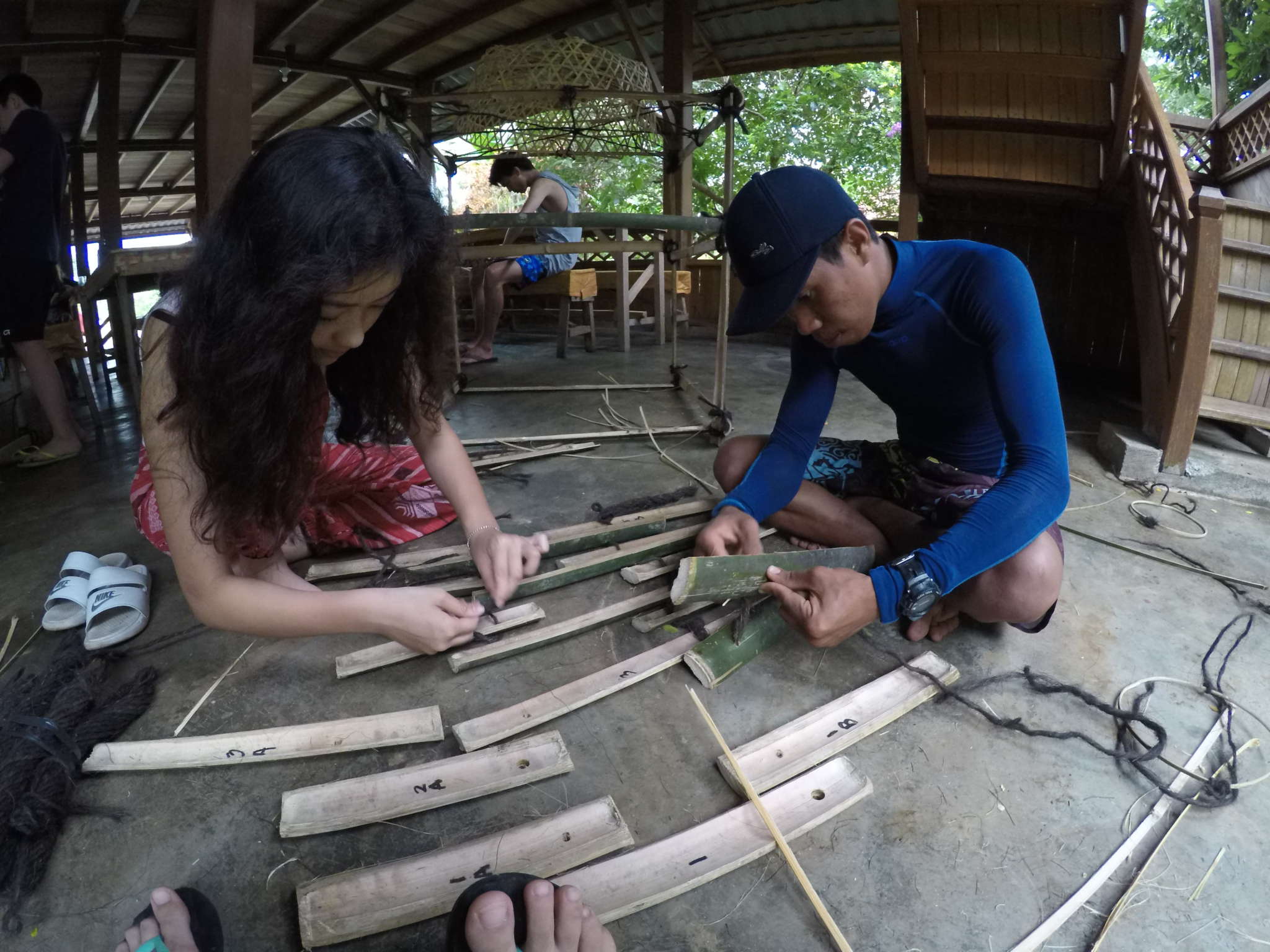 On the other hand, whilst this new Rumpon is an exciting new addition to the area that the fishers have expressed real hopefulness for, we keep in mind the results of Rumpons in other regions. There are plenty of documented cases where FADs have been mismanaged and juvenile fish been overfished (such as tuna). It is therefore quintessential that follow up surveys and education programs are implemented by both the OpWall members in Bau Bau and the fishers. Together in this co-management approach, the goals and suggestions become a reality that we can all take pride and joy in.

We will update you soon on how the Rumpon is performing and how the fishers have taken to it. See the video taken a week after it was installed showing that fish are already congregating here. Stay tuned.