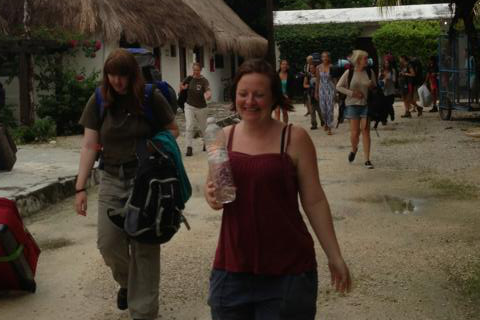 Gwen joined Operation Wallacea Limited in 2008 as the finance assistant after spending the previous 8 years working for accounts practitioners, the first two in Uxbridge where she completed her AAT. After two summers in the office, she managed to get out to South Africa in 2010 on her first expedition, as our representative in Sodwana Bay where she got to complete her PADI Open Water. She was overjoyed to return their in 2011 before getting chance to help set up the operations in Akumal in Mexico in 2012 and 13. Despite loving the expeditions and getting to meet the volunteers and schools on site Gwen’s main role within the company is managing the finances, which means for now she’s office based all year round.