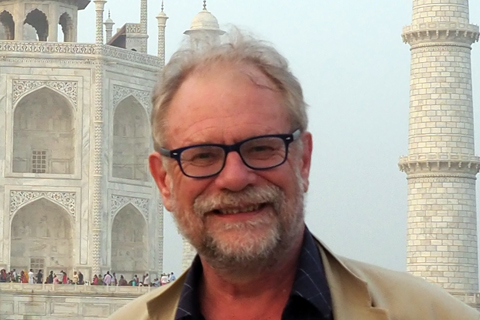 Martin’s BSc (marine zoology) was from Bangor, and his PhD (applied entomology) from York, He began work as a Departmental Lecturer in Agricultural and Forest Entomology at Oxford University in 1975, and joined St Anne’s College in Oxford as a Tutorial Fellow in Biology in 1978. He became a Reader and then Associate Professor in Zoology at Oxford, before retiring from the university in October 2017. As well as teaching and research in the fields of invertebrate zoology, applied entomology, marine biology and ecology, Martin was Director of Undergraduate Teaching and Admissions Coordinator for Biological Sciences at Oxford University for over 10 years. He is now an Emeritus Fellow in Biology at St Anne’s, a scientific advisor and science communicator with Operation Wallacea, and a Trustee and Chairman of the Wallacea Trust. He has authored several student textbooks, on topics that include insect ecology, marine ecology, and tropical forest pest management. A combination of research trips, consultancies and overseas summer schools has taken Martin to over 60 countries so far, and he continues to be actively involved in tropical ecology projects, both terrestrial and marine.