After participating as a research assistant in Peru a year prior in 2014 with Operation Wallacea in my first year of university, I promptly developed a keen interest and fascination for the Amazon rainforest and its astounding ecology and species. During this expedition I was also able to discover my passion for the method of camera trapping, often used to collect data on the nocturnal or elusive animals that reside within an area, and to my delight, the method I would personally be undergoing a year onwards for my undergraduate dissertation.

The Pacaya Samiria reserve where the expedition takes place is one of the largest protected areas in Peru; however it undergoes seasonal processes such as flooding and droughts which have been increasing in extremity in recent years. These processes are believed to be associated with global climate change and have been observed to be having adverse and potentially negative effects on the species and the ecosystem functioning as a whole. While flooding may not impact the arboreal or semi arboreal species, it is expected to be having large effects on the exclusively terrestrial species in the area. Terrestrial mammals such as large cats, bush meat species (tapirs, deer and peccaries), and other mammals are likely to either move to another area completely or be confined to higher ground (or levees) during the flood season, potentially resulting in increased competition, increased predation or even mortality.

Using the camera traps that were already on the site and 3 on loan from my university, I was able to collect data on these terrestrial mammals over the course of 6 weeks. However, to further confirm the stereotype that all field work is unpredictable, on arrival at the site there was no dry land accessible to place any cameras due to high levels of flooding and flood waters not receding yet. so I was unable to set up any cameras for a week. Despite this factor, my research to follow will hopefully provide a good insight into the presence or absence of terrestrial species once the high flood water recedes, and the effect it might be having overall to these species and their habitats. After a week of waiting to get on land, I was finally able to set up a variety of photo/video camera traps in different microhabitats over the following 5 weeks to achieve this, I also collected data using other methods, such as identification of tracks or scat found during set-up or checking of the cameras. Over the 6 weeks the cameras caught an amazing assortment of both terrestrial and arboreal mammals, including jaguars, tapirs, tayras, red brocket deer, ocelots, margays, paca and armadillo. The data collected provides me with information regarding the species distribution, presence and absence within habitats and richness of terrestrial mammals, all of which will be the focus of my undergraduate dissertation to be completed within the following year. 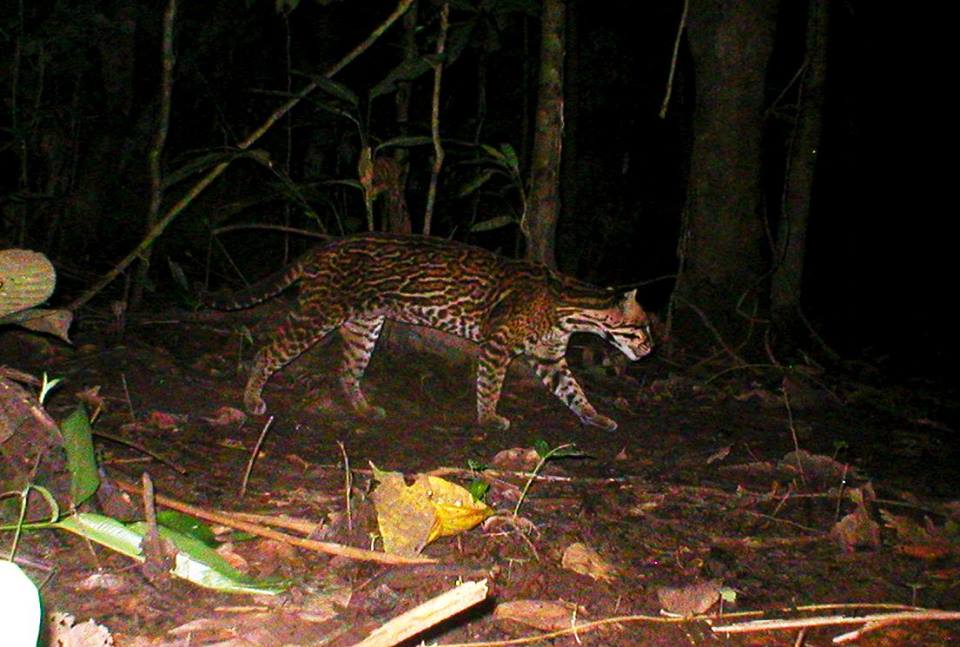 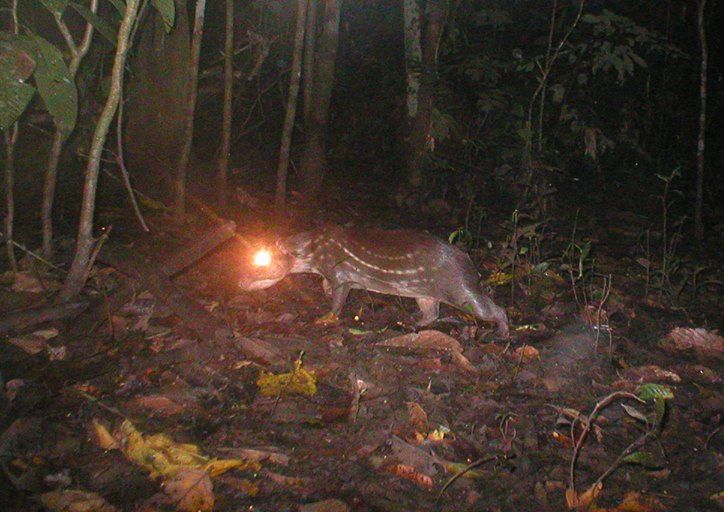 This experience not only provided me with the technical knowledge and skills needed when working with terrestrial mammals and camera traps (which I hope to continue with in my career), but a further knowledge, appreciation and understanding of the forest and the animals within it. This was gained in large part thanks to all of the staff on site, and with help from my Peruvian guide, Rolin, and many of the other Peruvian guides at the site whose sheer knowledge of the forest can challenge that of any field biologist. My overall time in Peru has been life changing and invaluable not only to my career, but also to my life as a whole, and I am grateful for being able to have the opportunity to have worked alongside such great and inspirational staff, guides, biologists and students in such a beautiful country and take part in the on-going research to conserve it. 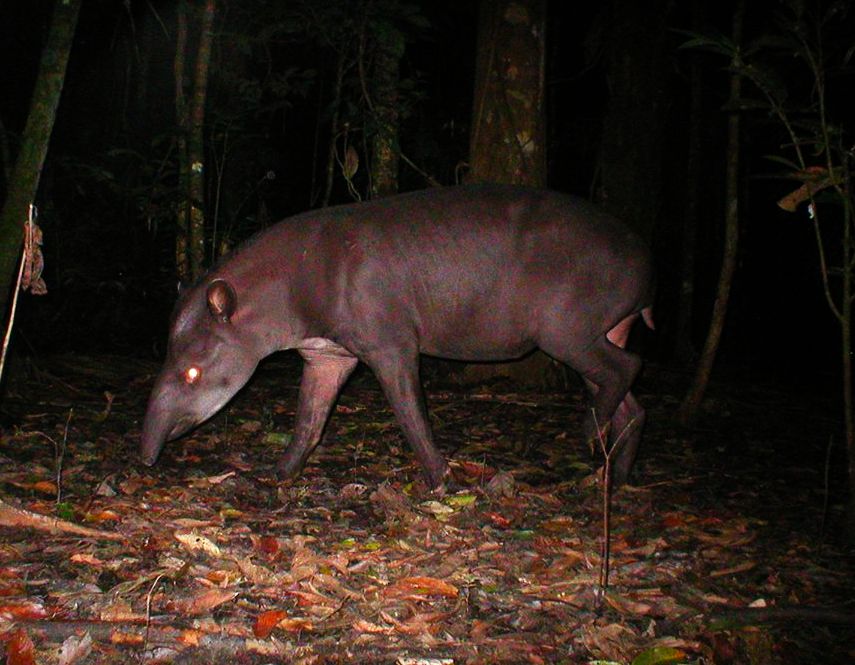