Indonesia – Reflections from the Physiology Lab

And so it begins, the annual invasion. It starts with Theresa and I. Like scouts on some bad western movie, we pick our way through the overgrowth to the Hoga Research Laboratory, AKA “The Wet Lab”, a small cement and tin building half a mile from the main lodge. We’ve been on the Island 45 minutes. The inside is dusty and littered with the residue of 10 months of occupation by geckos, insects, spiders* and the occasional small mammal. We look around. Soon it will be a hive of activity, music will play, water will bubble, student voices will assault the now still air, as we biologists attempt to coax what secrets we can from our animal charges. At this moment, the building holds unlimited potential.

We open the door to Bahalla** and there she is… Chicken, a green plastic chicken about the size of a dinner plate. She was pitched up on the beach a few years ago like a gift from the Sea Goddess – a sign perhaps. We take chicken back to the lab and make her our mascot. One ignores signs on Hoga at their own peril***. 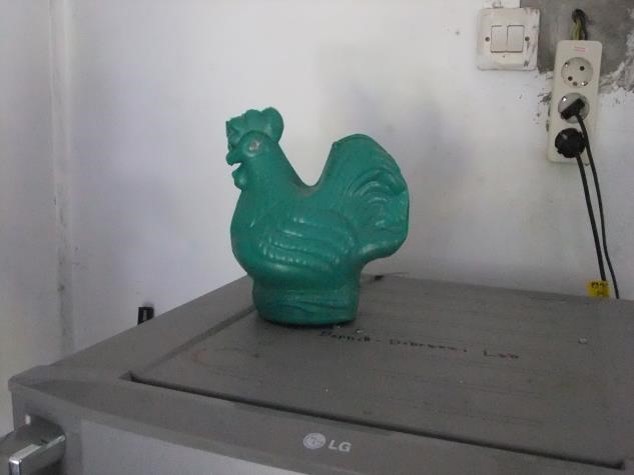 We open the first box, and with a quick nod to Chicken a thermocouple joins her on the shelf – there will be more to come, scales; respirometers, wind tunnels, and thermal chambers. The Wet Lab will slowly be transformed into a first-class physiology laboratory on a tiny little island in the Banda Sea. The space will be invented and reinvented a dozen times or more this season as students come and go, and projects change. It becomes a crucible that will test scientists and students alike; there is no middle ground in The Wet Lab, you leave it either addicted to science, or cured of it. Theresa and I pick up the pace a little. There is much to do and the second wave of the invasion will be here in two days. 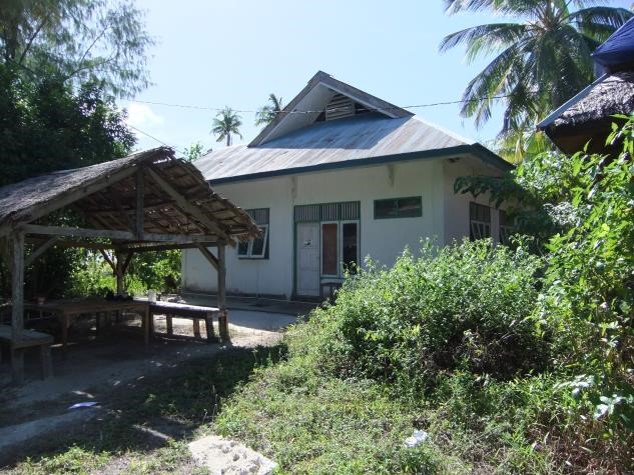 Arrivals Day, even the name sounds a little ominous. Students and volunteers stream off the boat after several days of travel to wander around in random directions like ants looking for their misplaced mound. It’s hard to believe, but in a few weeks they will become the parts of a bigger whole that for a time will spew forth pages and pages of data. Little bits of information that will be stitched together like a quilt reveling patterns of the natural world previously unknown. Mostly these are small things, but every so often truly amazing findings burst forth. The Wet Lab is in motion, bits of equipment have joined together like the transformer toys we had as children, to form work stations. The animals have joined the parade. Cuttlefish, crab-eating frogs, brown tangs, and fiddler crabs live side by side with students and scientists in forced symbiosis each wholly dependent on the other. Chicken looks on, and I swear, she’s smiling. It’s the end of week one. And so it begins.

*Spiders are harmless, the people running away from spiders are dangerous!

**Rooms christened by students past and present have names like Hogwarts and Tang Town. My favorite is the Room of Delusion.