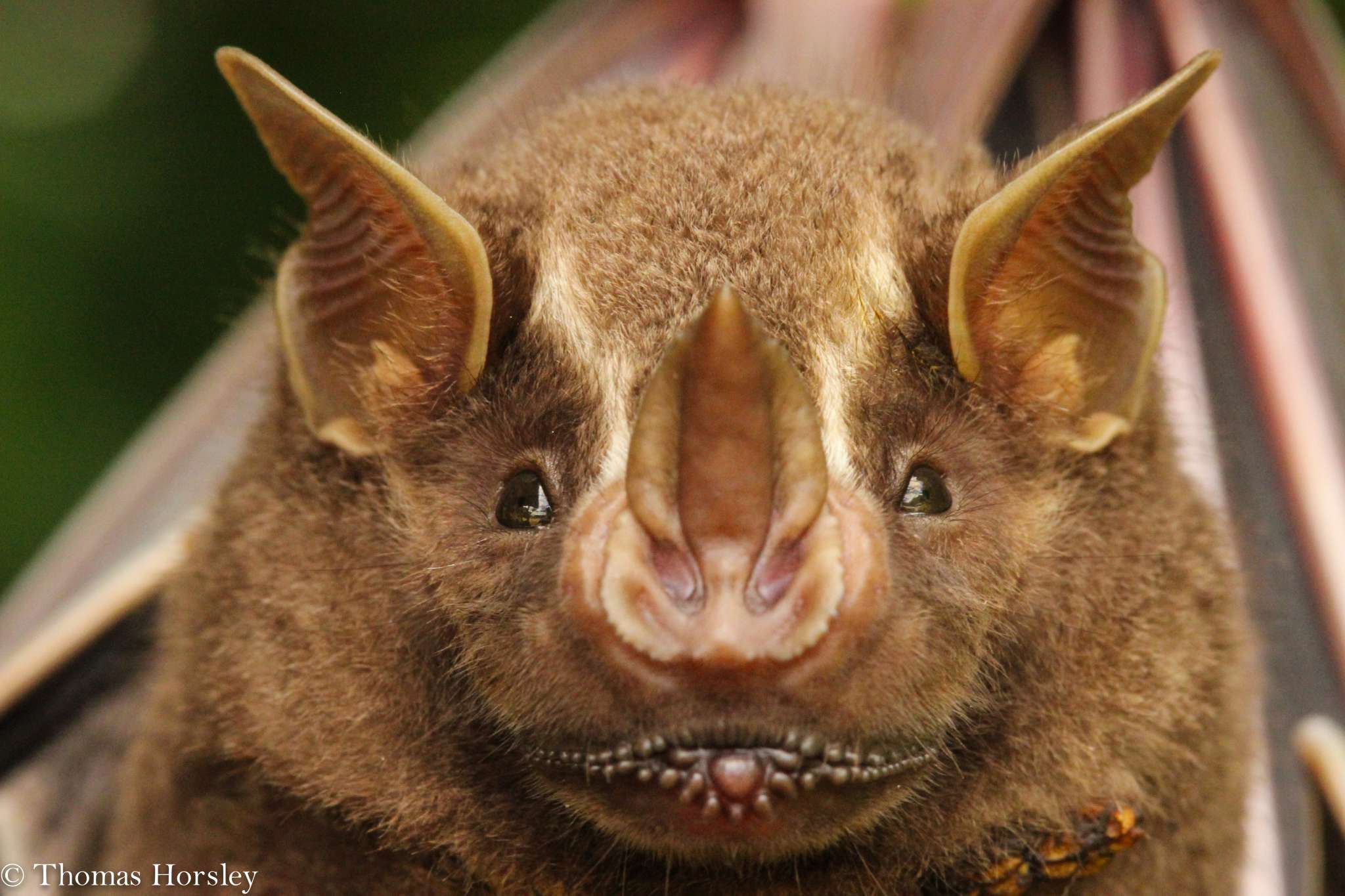 The Iwokrama Forest in central Guyana is a truly beautiful place. Walking through this pristine, previously untouched swath of habitat, you are inundated with an incredible diversity of wildlife. If you’ve managed to walk a transect or conduct a river survey without encountering some of the more common locals such as scarlet macaws, amazon tree boas, or black caiman… or perhaps some of the more illusive residents like the green anaconda, jaguar, or the amazon giant river otter… then you must have had your eyes closed! I’ve been privileged to work with Opwall in this special place during the summer seasons for four years, conducting the bat surveys as a part of the larger wildlife-monitoring program. While working with Opwall research assistants to catch, extract, and process hundreds of bats each season, I’ve also conducted my thesis research examining the role and ecological contribution of frugivorous bats through their dispersal of the seeds belonging to many critical plants. The bat species that I have studied contribute to forest fragment regeneration through the dispersal of seeds belonging to many early successional and pioneer plants. As man-caused habitat destruction is onthe rise in the Neotropics, this ecosystem service becomes more important with time. 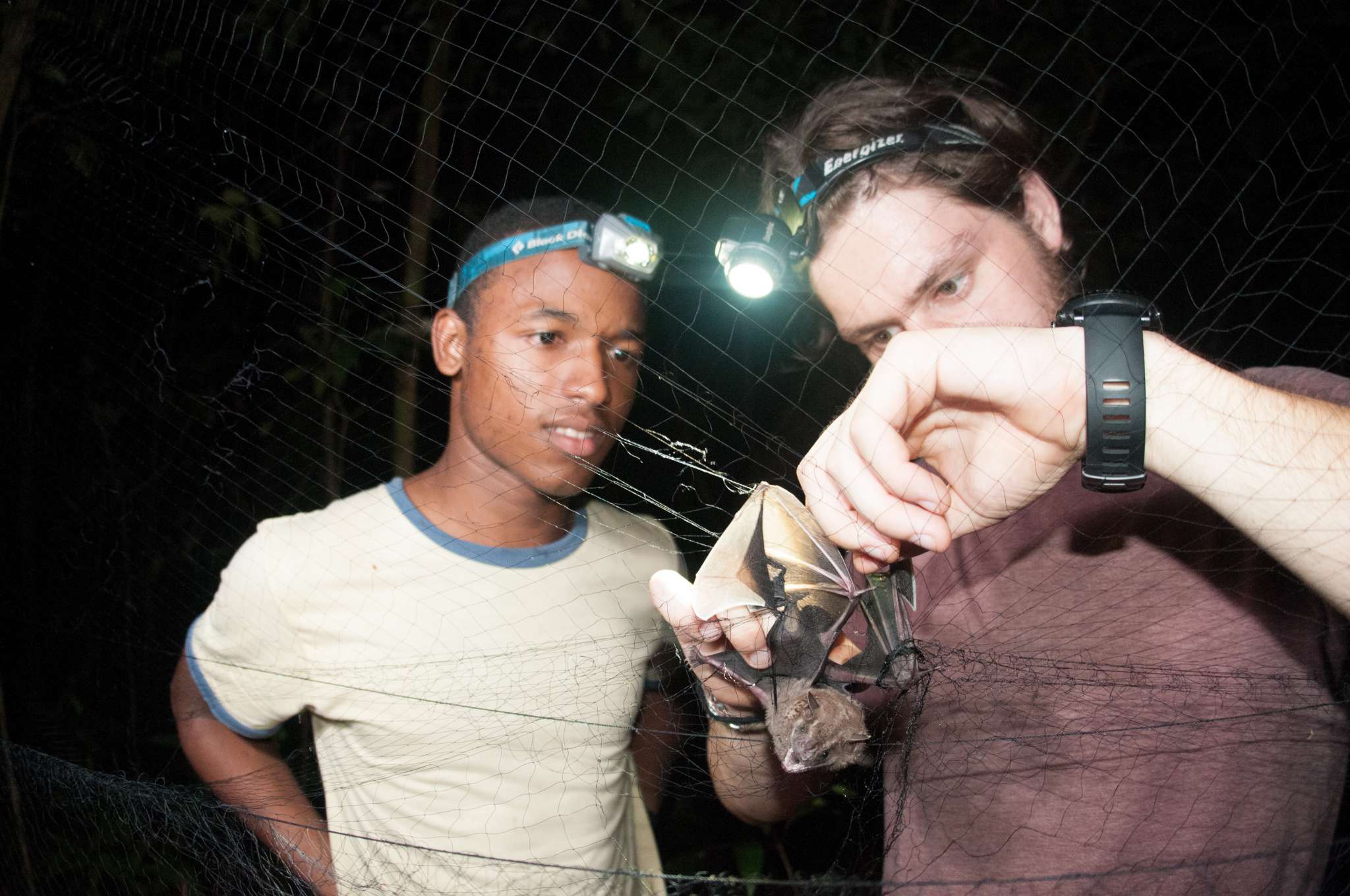 Prior surveys of the bat community in the Iwokrama Forest have indicated that three large fruit-eating bats in the genus Artibeus occur with a disproportionate abundance. Artibeus bats are known for the sheer volume of seeds that they disperse as they consume nearly half their body weight in fruit each night. Until my work, there had been no prior bat dietary study in the country of Guyana. This is an important group of bats, known 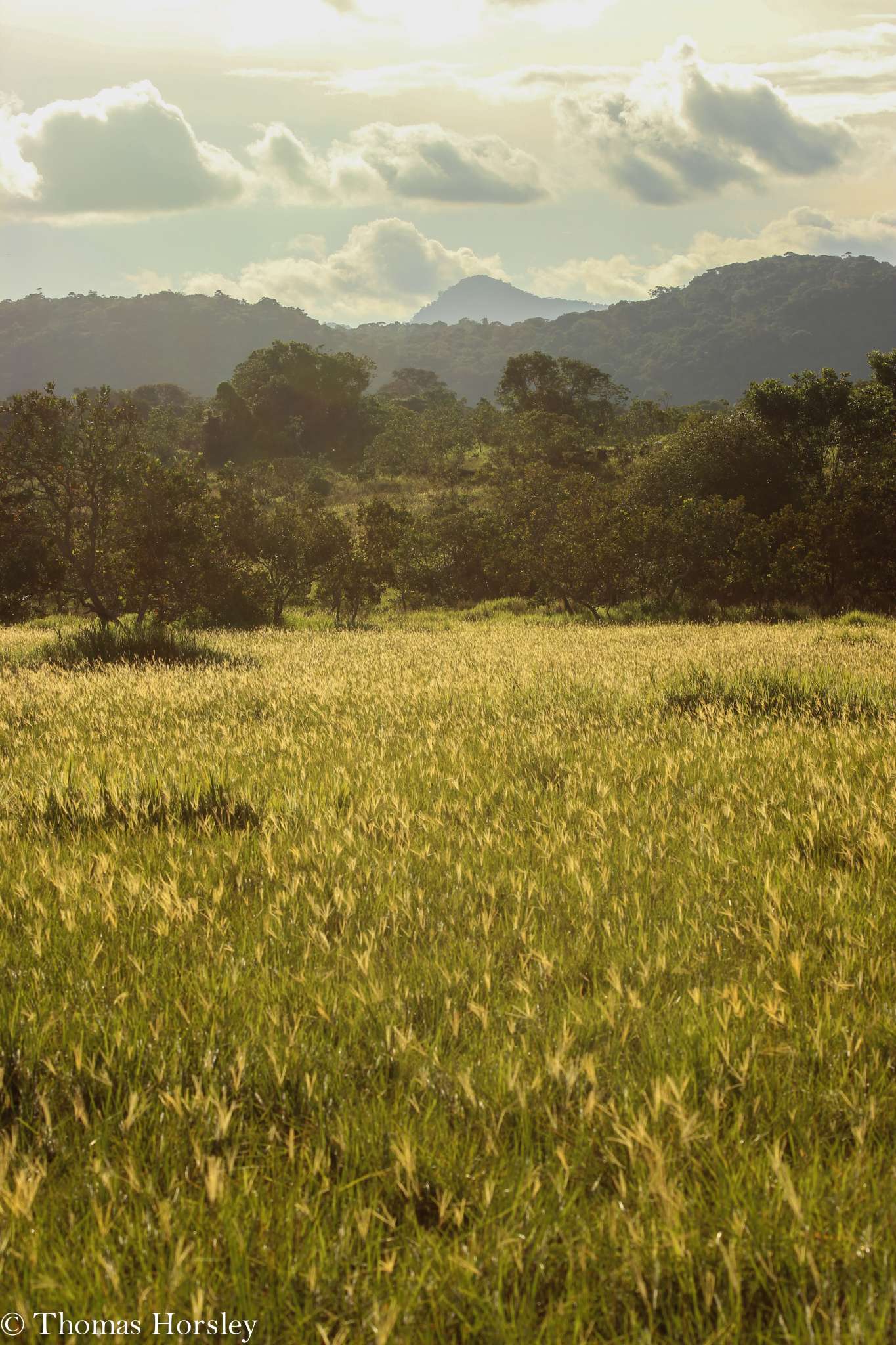 to play a significant ecological role throughout their range, and yet this role had not yet been examined anywhere in Guyana? What a travesty! The study surveyed the plants dispersed by all captured fruit-eating bats, focusing on Artibeus species. Results revealed many previously unknown relationships, reflective of this understudied site. Seven plant species were documented as being dispersed by nine bat species for the first time, many of which by Artibeus bats. One of these plant species Cecropia latiloba, which is an early colonizer of floodplains throughout the Guiana Shield and Amazon River Basin was previously unknown to be bat dispersed.  In fact, prior to this study, C. latiloba had only been documented as being dispersed by fish. This study would not have been possible without Opwall or the many volunteers that pitched in over the years! Looking forward, as Opwall’s monitoring program approaches its sixth year of operation, there is still much work to be done within the Iwokrama Forest. 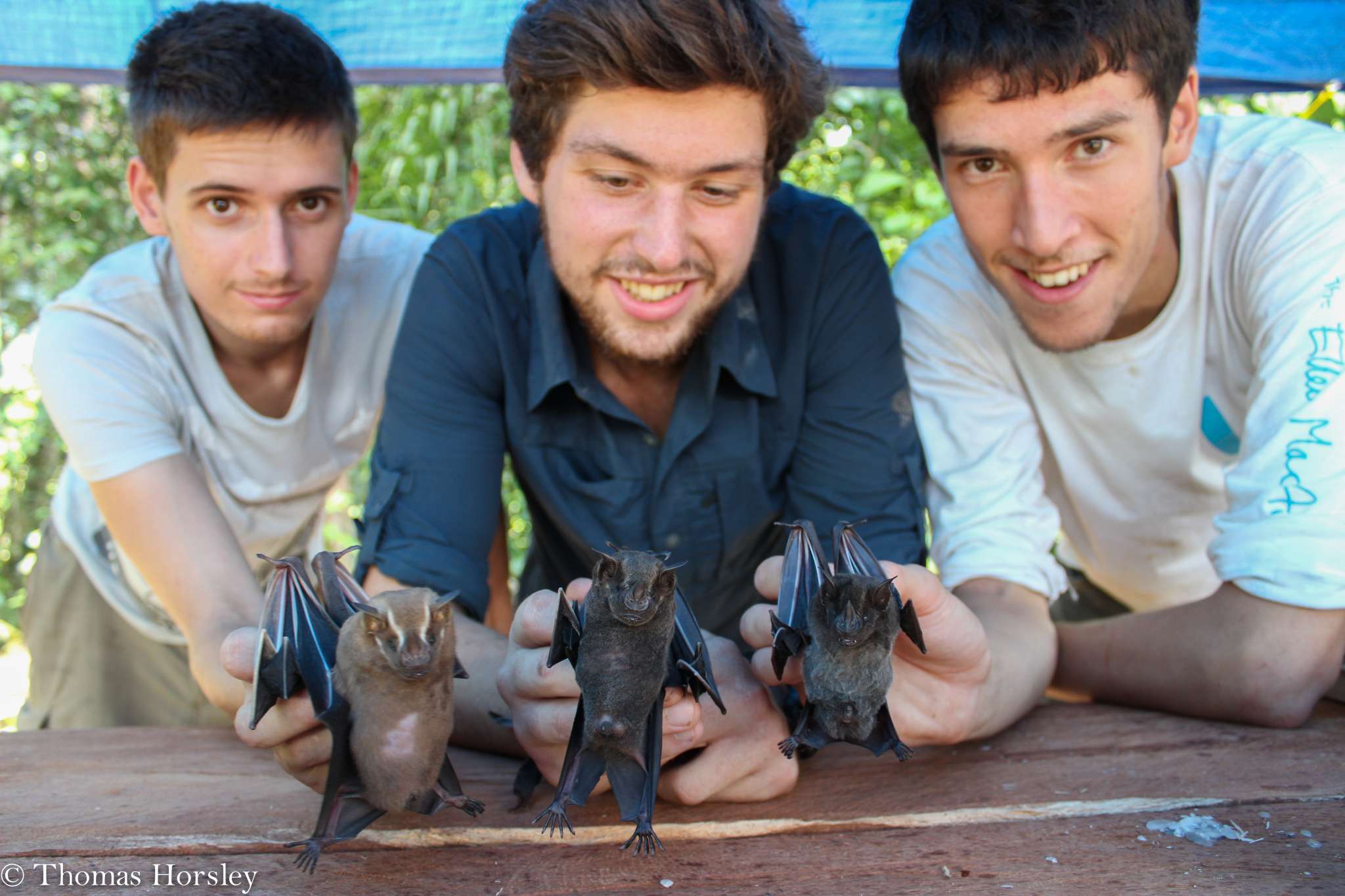