Conservation efforts in tropical ecosystems are frequently hindered by a lack of understanding of these ecosystems. Two major knowledge gaps facing conservation scientists are the fact so many species remain undiscovered and undescribed in the tropics (this is known as ‘Linnean shortfall’ by biogeographers, after Linneaus – the inventor of modern taxonomy) and that the distributions of many known species remain poorly described (this is known as ‘Wallacean shortfall’, after the great biogeographer Alfred Russel Wallace). Put simply, if you do not know how many species occur within a tropical landscape, or how those species are distributed, it is consequently very hard to devise an effective plan to protect them!

Work completed by Operation Wallacea scientists is helping to contribute to the understanding of both these knowledge shortfalls. Several new species have been described by Opwall to date, such as several species of Calamaria reed snakes and several Eutrophis skinks from the forests of Buton Island, SE Sulawesi. These advancements in knowledge have been well documented, and formal species descriptions published. What is less often highlighted are the large numbers of species which have had significant extensions to their known ranges due to the work completed by our fieldworkers. Ornithologists working on Buton Island, for example, have identified 53 bird species here which were formerly entirely unknown to the area, including the Rufous-throated Flycatcher and Sulawesi Ground-dove seen in these photos. Ornithologists working in Honduras have also identified a number of major spatial and altitudinal range extensions for cloud forest birds – these records will hopefully be published soon. All this basic biogeographic data contributes to an ever-improving knowledge of tropical biodiversity, and the more we know about this biodiversity the better equipped we become to protect. As the number of sites operated by Operation Wallacea in poorly studied regions continues to grow, and as scientists spend longer in each site, discovering new species, the contributions Opwall can make to addressing both Linnean and Wallacean shortfalls will continue to grow. 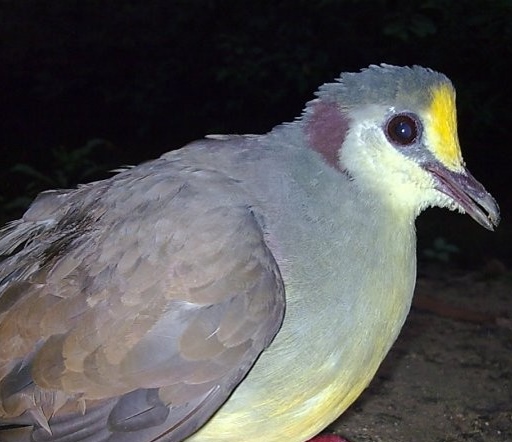