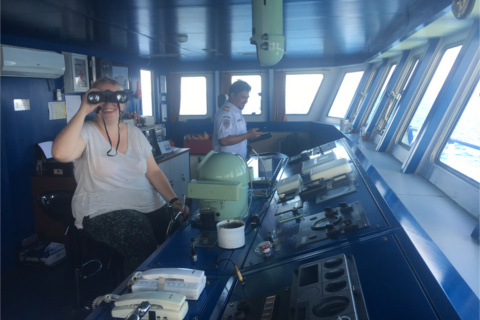 Liv graduated from Liverpool Hope University in 2013 with a degree in film studies, and contrary to popular belief, a lot of hope! She joined Opwall in June 2014 assisting with the summer staffing, emergency evacuations and queries from hundreds of parents she decided a career with Opwall was for her. She currently assists with our recruitment for schools and universities, working tirelessly to make promotional packs for our university students and coordinates our schools in South Korea, UAE, Switzerland and Poland! As well as this, Liv is our Head of Design creating all manner of promotional materials for our schools and universities!

So far, her expeditions have taken her to opposite sides of the world, with her first 2 expeditions being at our Mexico forest site in 2015 and 2016, whereas her last three expeditions in 2017, 2018 & 2019 took her to our marine site, Hoga Island, Indonesia, where she picked up a love of diving!