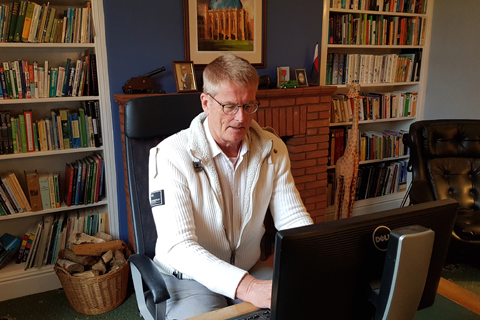 Dr. Coles founded Operation Wallacea in 1995, and the Operation Wallacea Trust (Charity no. 1078362) in 1998. The idea behind the programme was to be able to fund academics to complete long term data sets as an alternative to the normal 3-year funding that comes with grants. The programme has grown from small beginnings in Sulawesi to now operating in 15 countries around the world and has more than 3000 students each year funding the academic team. Opwall is supporting 200+academics and is (or has recently completed) funding 75 PhD students. Science output has grown commensurately and 2017 saw the 300th paper in peer reviewed journals published from these research programmes that only run from early June to early August. Best of all though is that the project has been running so long and giving great experiences to participating students, that some students who came out in the early days as high school students are now teachers or academics themselves and coming back with their own student groups!

Tim has a PhD in fisheries management and over 13 years of experience in biological assessment in the UK water industry and National Rivers Authority. In 1990 he established both IEMA (the Institute of Environmental Management and Assessment) and EARA (the Environmental Auditors Registration Association). IEMA now has over 12,500 individual and corporate members based in 87 countries, and is a leading international membership-based organisation dedicated to the promotion of sustainable development, and to the professional development of individuals employed in the environmental sector. EARA has now evolved into the IEMA Environmental Auditors Register, which has over 1,650 auditors listed in over 50 countries worldwide.

Tim and Operation Wallacea have received numerous awards for their work in the environment sector, including an RSA Better Environment for Industry Award, an EC Environment Award, the Best New Tourism Project Award from the Guild of British Travel Writers, and the British Airways Tourism for Tomorrow Award for Best Project in a National Park. Tim also received an OBE in the Queens birthday honours list 2012 for services to environmental conservation.