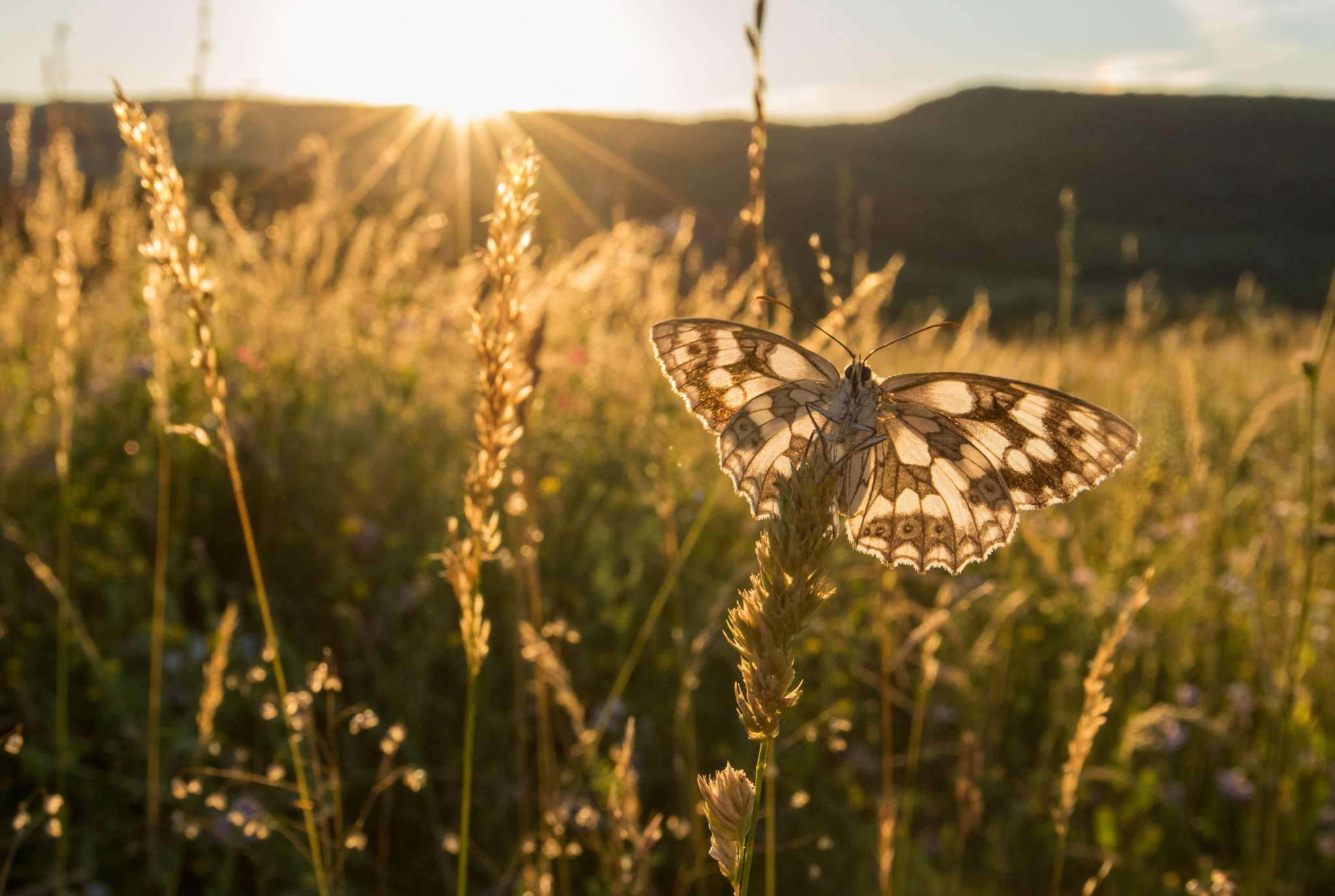 As the butterfly survey leader here in Transylvania I spend about 6 or 7 hours, every day, in the sun. This is obviously the best time of the day to see butterflies, they don’t like the cold, wind or rain. It’s also the best time to see reptiles, like the butterflies they depend on the sun’s rays to give them energy. As a result the butterfly team has the best record for seeing snakes, lizards and amphibians (herpetofauna)! It’s difficult to survey herps properly, they are small, elusive, hard to identify and very fast. You could be out for an entire week looking for snakes and not see a single one but that doesn’t mean they are not there. Lightning quick lizards are frequently heard and not seen as they dart through the species rich grassland. The best we can do is note down everything we see, opportunistic recording. We do have two herpetology specialists in the group, Johnny from Texas and Simon from England. Johnny is the head lecturer here but it’s fair to say he’s fond of snakes (and all herps), from the Rattlensnakes of his home in Austin, Texas to the Boas and Anacondas of Guyana (where he worked for two seasons in the Opwall camp there.). Johnny has traded the rainforest of South America for the wildflower meadows and forests of Romania. He’s rallied all the survey leaders, translators, guides and students to keep their eyes peeled for anything that slithers, hops, crawls or scurries. Simon also has a passion for herps and has plenty of experience with the protected Great Crested Newts back in the UK. 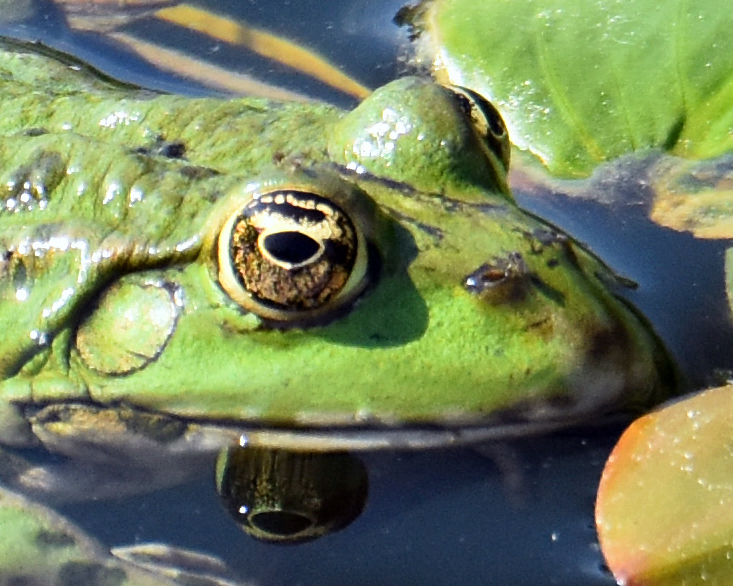 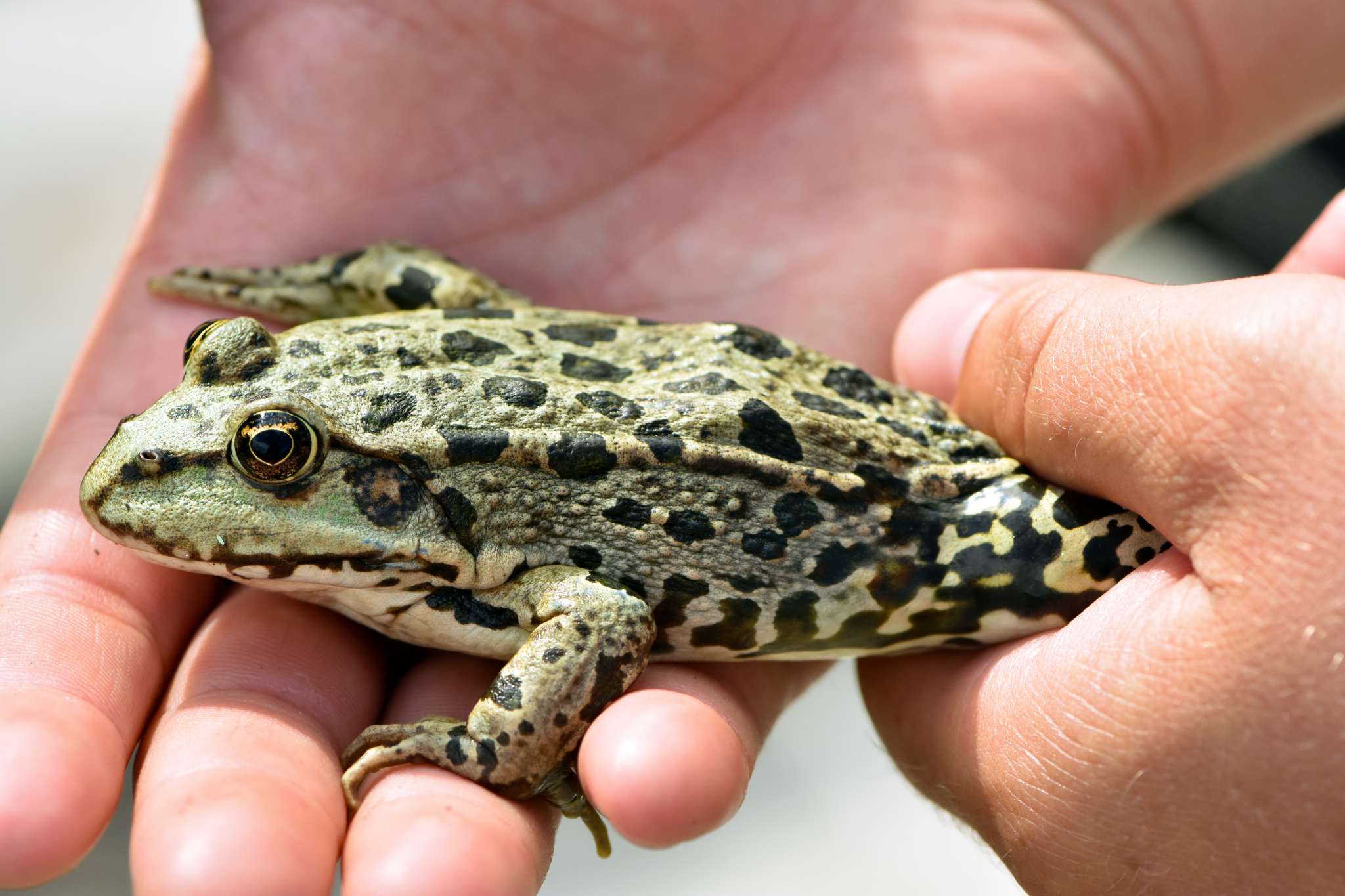 Johnny’s efforts and passion have led to a surge in new records for the Opwall Transylvania project. We’re not blessed in the herpetology department in Ireland. We have no snakes (St. Patrick’s fault!), only one native lizard, newt and frog. We do have Natterjack Toad and Slowworm (a legless lizard!) but they were introduced and quite rare. It’s been a real treat for me to regularly see snakes, toads etc. Johnny has really got me fired up for looking for herps. The most common snake we see here in Transylvania is the Grass Snake (Natrix natrix). Each week we visit a different village in the Transylvanian countryside and the first village we visited, Richis, was a haven for the Grass Snakes. From the bridge in the middle of town we watched four juvenile Grass Snakes in a small pond hunting tadpoles, eating them live. Grass Snakes are a water snake and an agile hunter; the adults can be over 1 and half metres in length. The first snake I ever caught was in a tiny puddle on a track while walking between butterfly transects. Catching reptiles and amphibians can seem a little primitive but I think, if done correctly, it can be hugely important in inspiring and educating people. Most people don’t realise how beautiful these animals are until they see them up close. Reptiles and amphibians have a bad reputation and this helps dispel the nasty myths about them. It’s often the case that catching herpetofauna is necessary in order to identify the animal correctly. The greatest care is taken to not hurt the animals and they are released quickly to avoid unnecessary stress. The butterfly team (more bragging) have caught the only two Smooth Snakes seen on the project this year. These beautiful snakes like woodland and hill sides as opposed to water. They constrict around their prey (usually reptiles) to subdue them. The snake highlight of the year has to be the Aesculpian Snake (Zamenis longissimus), a first for the project. Aesculpian Snakes can grow up to two metres in length and they are one of the largest snakes in Europe. They feed mainly on rodents and can even take down rats! These impressive snakes also eat birds and nestling (they can climb trees) and they suffocate their prey by constricting around them. Aesculpian Snakes are notoriously elusive and thought to be under recorded in Europe as a result. It was found by our bird ringing leader, Ben Porter and Bogdan one of our Romanian guides. A flock of irate, alarming Tree Sparrows alerted Ben and Bogdan to the presence of this secretive snake. Needless to say Johnny was very happy. 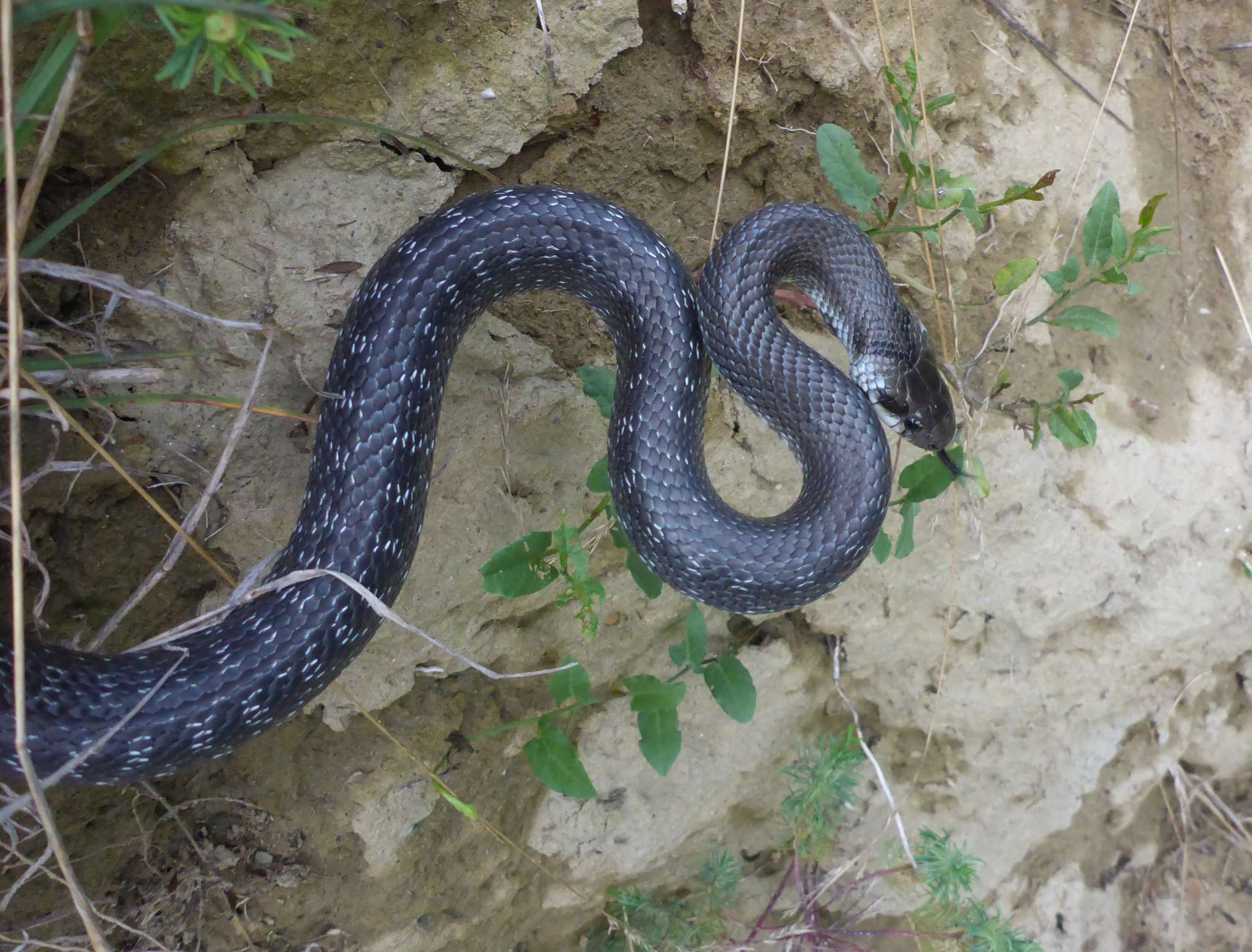 We have also encountered Slowworms regularly throughout the expedition. Bizarrely they look like snakes but are, in fact, burrowing legless lizards. Expert reptile finder and translator Silviu found a large female last week when he was setting up his tent. Slowworms feed predominantly on slugs and snails as they hunt in the undergrowth. These misunderstood reptiles can live for over 50 years! Sand lizards and the spectacular Eastern Green lizard are the two main lizard species here, the male Eastern Green lizard is a real beauty with bright green and blue colouration. They feed mainly on invertebrates but will occasionally eat fruit, small lizards, birds and even mice! 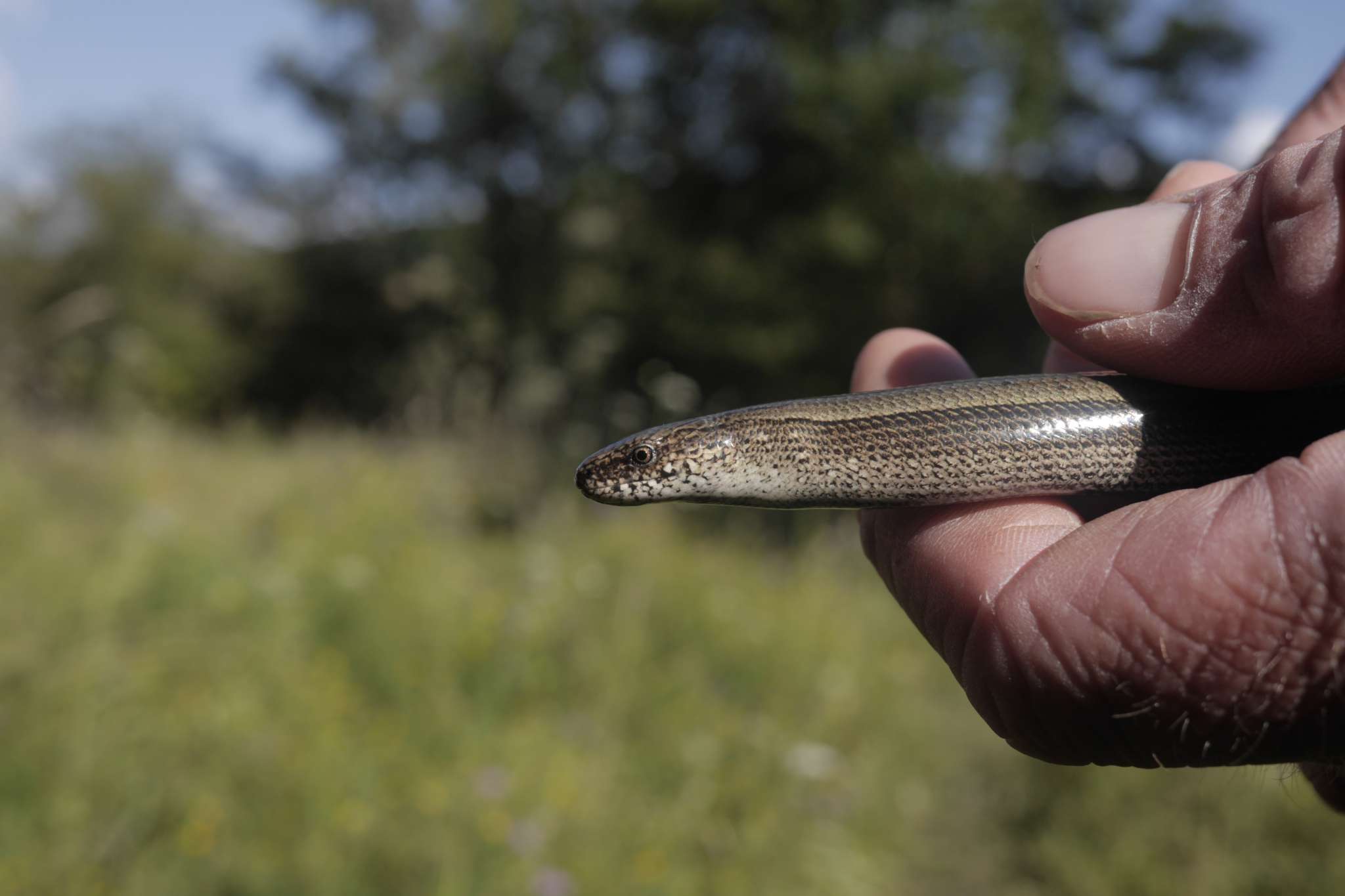 The woodlands and ponds of Transylvania are home to a wide variety of frogs and toads. We’ve seen Common Toads (including some really huge specimens!), Agile Frogs that have an impressive leap, Grass Frogs, Marsh and Tree frogs (both responsible for keeping me awake at night in Nou Sasesc with their loud croaking!). My personal favourite has to be the Yellow-bellied Toad, perhaps the most common herp here. These small toads can be found in the tiniest of puddles and look brown and completely camouflaged in the muddy water. That’s until you flip them over and look at their underside. Surprise, surprise their bellies are bright yellow! We’ve also seen Smooth Newt here in the ponds and that about sums up the fascinating array of herps Translyvania has offered us, so far.

I’m really looking forward to seeing what else we encounter. I’ve my fingers crossed for the toxic Fire Salamander, it looks as cool as it sounds. Here’s hoping. 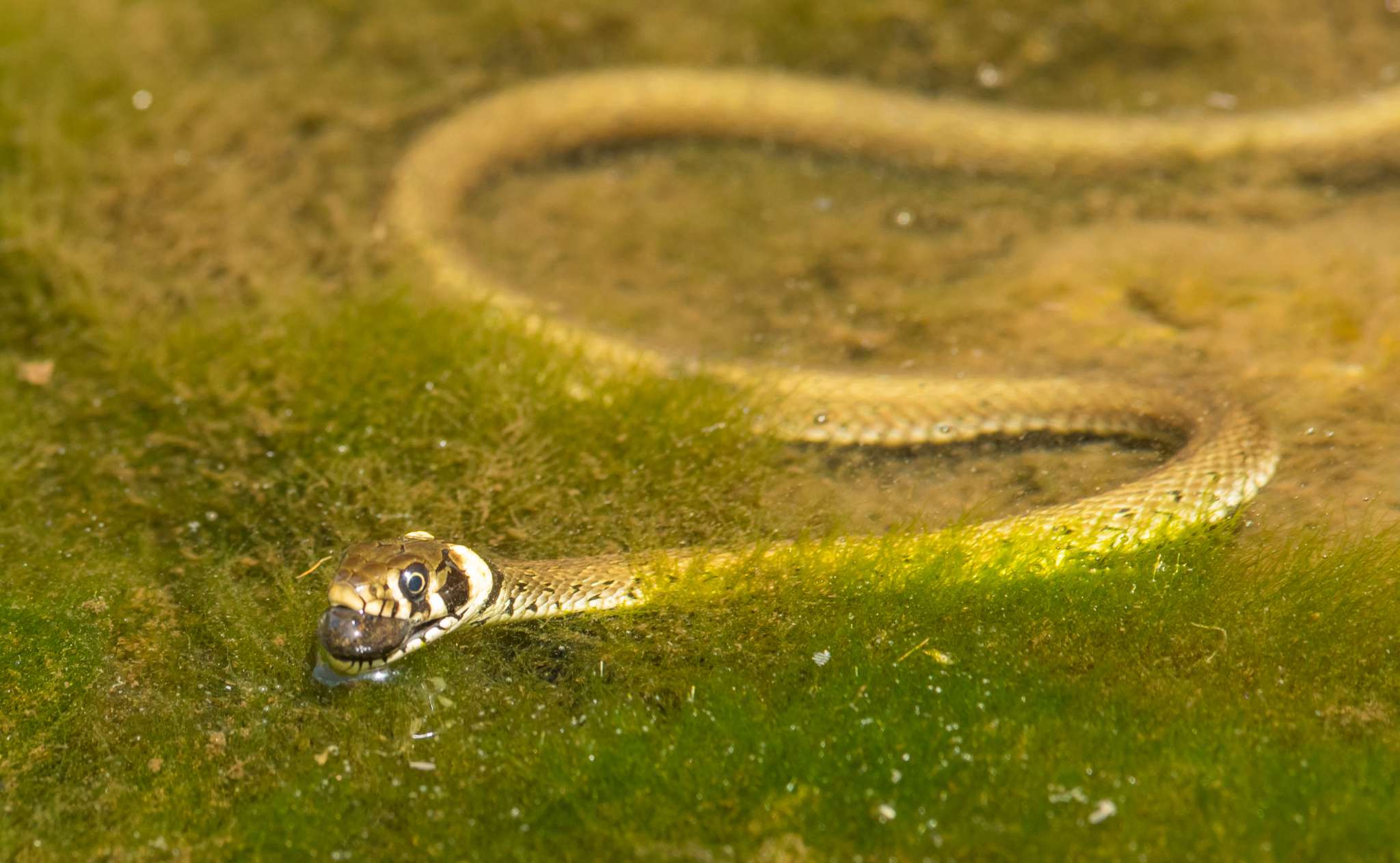