Transylvania – Getting my bearings

I am in bear country.

Bears, those symbols of non-human places. The embodiment of wilderness. The stars of the roadside billboards in Yellowstone warning tourists to admire wildlife from afar. Our culture has turned the bear – and indeed the wolf – into a poster creature for landscapes where humanity is not in charge. But the truth is that conserving bears requires much more than wilderness. 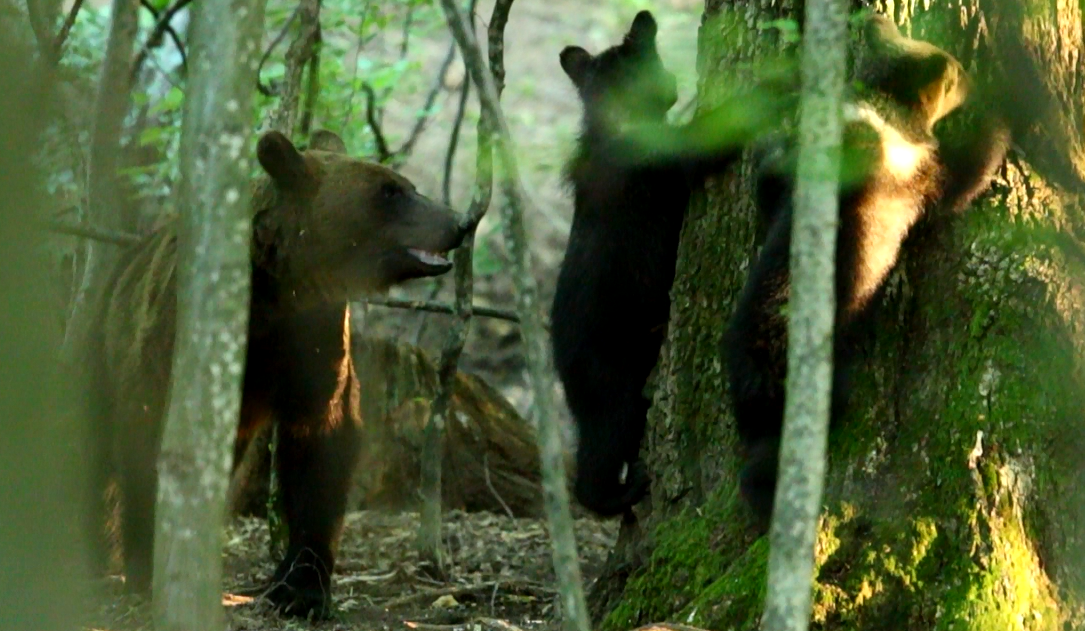 Transylvania, like Yellowstone, is bear country. Rolling hills topped with beechwood rise above farmers cutting herb-rich meadows with scythes, and hay is loaded onto wooden carts pulled by horses. The fingerprints of humanity are everywhere here, and old; the Saxons who built the fortified churches are largely gone, but wherever you look, children are playing football, or shepherds are driving sheep, or roads are ringing with the bells of cows ambling home for milking. In the woods, mushroom gatherers and medicinal plant pickers use deeply rutted cart trails. The trees are coppiced at regular intervals for timber. 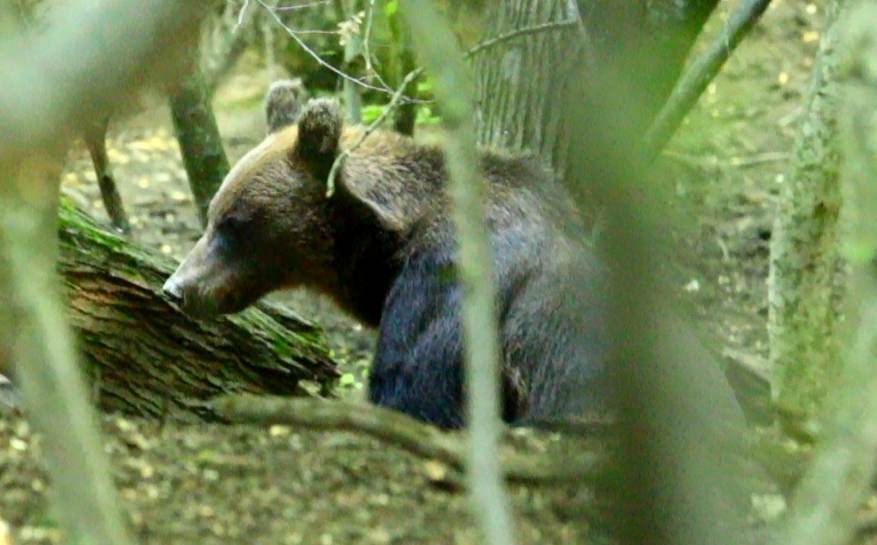 But its biodiversity value is unquestionable. And Transylvania has bears. Exact numbers are disputed, but within this traditional agricultural landscape wander the last lowland brown bears in Europe. Their tracks have been found on at least one transect on all seven villages visited this field season. The field sign they leave is dramatic: bark ripped off trees to consume insects, wood ant nests dug up, and, of course, huge flat-soled footprints with big toes, almost – but not quite – like a giant human. They are very shy, and avoid people, but several student groups have caught a glimpse of their gargantuan, lumbering forms by sitting with local guides at dusk. 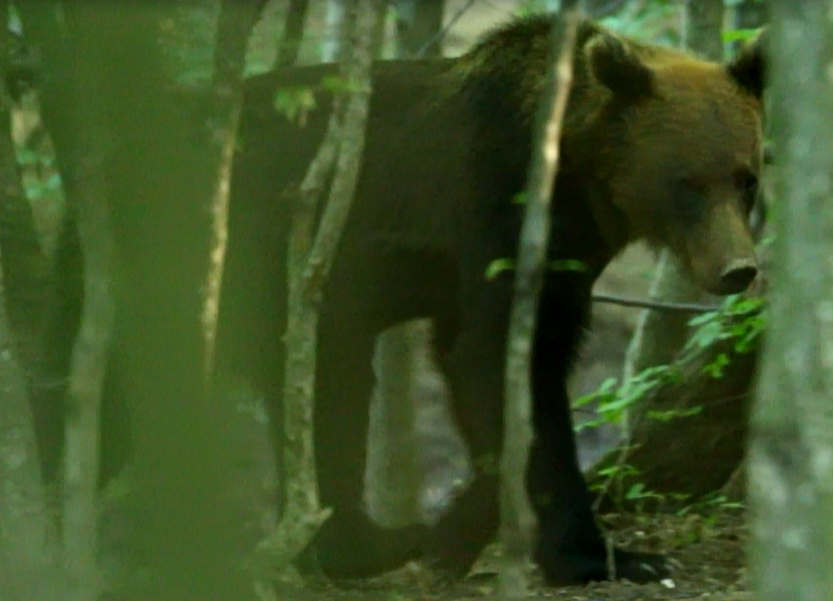 Conserving wide-ranging species like bears in a world full of people is challenging. If we concentrate only on wilderness bears, we risk a future where carnivore populations are unsustainably fragmented. It is the bears and wolves that are ‘outside’ – the ones in multiuse, human-dominated landscapes – that deserve special attention. Can we coexist? There is some conflict in Transylvania, mostly with sheep predation. Shepherds receive government compensation, but finding non-lethal methods to deter predators is always better than paying for damage afterwards.

Bears share the forests with other rare mammals. European wildcats – related to the housecat, although not a direct ancestor – hunt rodents near creeks. We have been lucky to catch this elusive predator twice on trailcams, and a few people have seen it ‘in person’ too. Roe deer are abundant, and have been sighted on many surveys. Red deer and wild boar leave their distinctive tracks on many trails. Trail cameras have captured exciting footage of pine and beech martens, foxes, badgers, and even an edible dormouse!

So Transylvania is a vital stronghold for European mammals. There are significant challenges, but also a lesson that even apex predators will share the landscape with people, if given a chance.