Then and Now – 2 Generations of Opwall Volunteers! 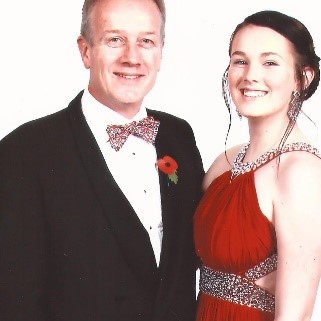 I don’t remember exactly where I heard about Operation Wallacea. Certainly, it was during an aimless period in my life when I was picking up odd bits of work to save enough to finance my next exotic travel adventure. Carefree and responsible for no-one but myself, it seemed a pretty sweet lifestyle, but if I’m honest, it was probably a bit lonely too.

I’ve always been interested in the natural world and marine life in particular. However, I’d taken up diving a couple of years earlier during a stay in Malta and really took to the opportunity it gave me to experience a new perspective on the subsurface environment. Increasingly my travels revolved around diving in tropical waters, particularly in South East Asia, where I was entranced and shocked by the beauty and fragility of Coral reef eco-systems.

It would have been during one of my rare trips home to the UK that I found out about OpWall and their project in Sulawesi to survey corals and fish life in the Tukangbesi archipelago. I understood the goal to be to provide data and a baseline to help lobby the Indonesian government to declare this area of SE Sulawesi as a national park and so provide some legal protection. It sounded like a fantastic opportunity to put something back, and to have a great adventure while doing so.

Early December 1995 found me on various Garuda flights from London to Jakarta, Denpasar, Ujung Pandang (now known as Makassar) and on to Bau Bau in SE Sulawesi. There we joined the MV Empress and after an overnight cruise Vidar, our skipper, dropped anchor off Hoga Island, our research base for the expedition. Our first week was filled with settling in and training on coral types and Fish Identification. My instructor was the inspirational Helen Newman – She was the Expedition Leader and a brilliant communicator of her enthusiasm and expertise.

The rest of the expedition was filled with GPS and transepts, dives and manta board tows, fish counting and coral coverage estimating. We were awestruck by stunning unspoilt reefs teeming with life and subdued by lifeless reefs, destroyed by cyanide and dynamite fishing. We went ashore at every new island and met with the locals to introduce ourselves and explain what we were trying to achieve and to see life through their eyes. We helped a reporter from a German magazine track down some cyanide fishermen at sea to record their methods and to better understand what drove these hard-working men to face such dangers to feed their families. We also had some great pleasure dives and fun parties – Seeing in the new year (1996) was particularly memorable, but of course we all know that what happens in Hoga, stays in Hoga!

It absolutely was the trip of a lifetime, and a life-changing trip in many ways. By the time I got back to a wintery East Anglia to visit my folks, I was truly inspired to change my somewhat aimless life and wondering how to find some direction. I felt a bit old to go back to Uni to train to be a Marine Biologist, but I did find an ex-military dive support vessel for sale that would be a perfect project for me and could be a base for future expeditions and adventures.

While I was working through the finances and viability of a new business supporting marine research expeditions, I happened to meet up with an ex-girlfriend from my school days.  I was tanned, fit and thin from all those weeks eating fish and rice and diving every day in the Indonesian tropics, and we hit it off immediately. A year later we married and a year after that, daughter Harriet was born. Family life gave me the direction I needed, and I happily abandoned all thoughts of heading off in my boat into the sunset and instead realised my vocation as husband and father. 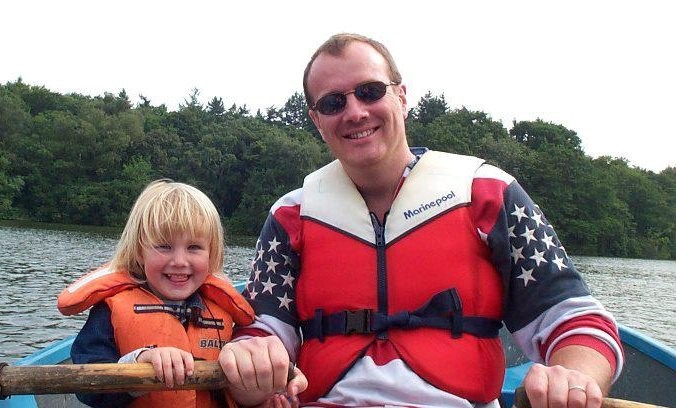 Fast-Forward on 20 years, to July 2018, when after completing her second year of a degree course in Ocean Sciences, Harriet, that baby daughter, set off on a Garuda flight to join her own OpWall expedition in Bau-Bau, Sulawesi. I’m not allowed to be jealous of my daughter, so instead I am very proud that she had made it out to Indonesia to become a second generation OpWall researcher. I just hope that she was inspired as I was by the opportunity and, whether she follows a marine ecology inspired career or not, I trust she’ll remember it as fondly as I remember my expedition all those years ago.

I do occasionally think back to that decision point in my life 20 odd years ago and day dream about what might have been had I taken on that dive support boat. Of course, I absolutely made the right decision and the rush of collecting Harriet at Heathrow airport when she returned from her expedition this summer proved it.  On her part though, I suspect my wife sometime looks at me and wonders where that sun-bronzed Adonis disappeared to so quickly after our engagement!

On a final note, I learned through Harriet that Helen Newman has since passed away. Helen was a great inspiration to me, and I suspect everyone lucky enough to have been on an expedition led by her. Even after all those years I was very saddened by the news. She made a difference.

I have always been close with my father, he knows my secrets and my hopes and dreams – as cliché as it sounds. Our dreams, in fact, are something we have always bonded over, to the point where he was concerned about whether I was truly interested in the ocean, or if only show interest because he does.

I had seen Operation Wallacea advertised in my school hallways for years, and I’ll admit that I had never shown much interest – despite it only being two weeks at that time, I wasn’t ready to travel far from home… and I am so not a jungle kind of girl! It was my dad that finally convinced me to give it a go – I was um’ing and ah’ing – after having travelled to Sulawesi over the winter of 1995/96, spending Christmas there, completing research.

Of course, I hoped that one day I would find my way to the places and organisms I witnessed in documentaries, books and photographs and, in the summer of 2018, I got my first chance. The Sharks, Rays and Reefs programme sounded perfect for me; OpWall’s Second Generation researcher.

The trip was rewarding; tiring, but oh so worth it. Being able to get a taste of the work I wanted to take part in in the future only fuelled my drive, resulting in getting started on my third year of university work upon returning to (in comparison) dull old Norwich. The things I saw, and eagerly pointed out to the fellow research assistants, were incredible. My diving experience before this trip was limited – almost non-existent – and the creatures I was able to witness I had only ever seen on the other side of a TV screen or aquarium glass. Every dive made me feel like a child in a sweet shop; I wanted to see everything and anything and I had never felt so lucky as I did upon seeing a trio of eagle rays gliding past at dive site Pampanga 2. Even the brief shark sightings I thought would be the highlight of my trip couldn’t compare! Each and every animal I was lucky enough to see amazed me in different ways. Clownfish became the subject of most of my underwater photographs; their bold, territorial nature making them a stunning model. 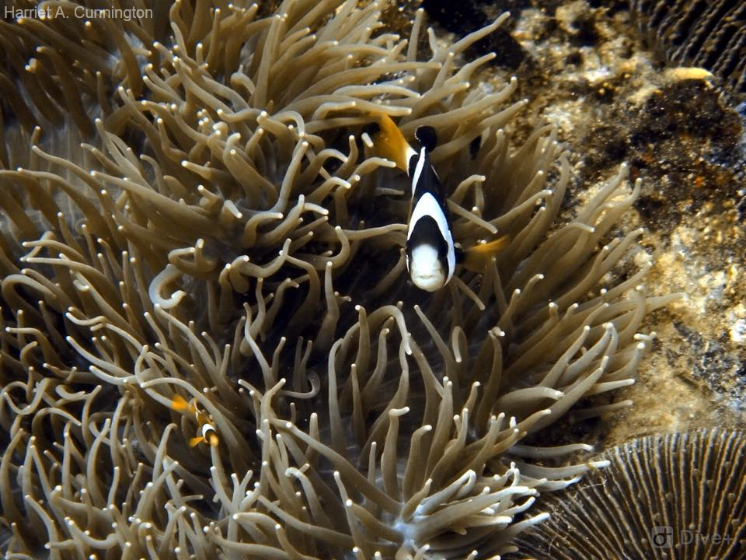 I could happily list off every organism I saw, big or small, that thrilled me – squid, turtles, coral as delicate as lace – but I feel as if one could only understand the feeling if they experience it, and I would encourage anyone who wants to see the world, anyone with a passion of habitats or reptiles, mammals, fish, ecology, conservation – anyone with a passion about what goes on in the world around us to embark on an OpWall expedition. You would not regret it.

This trip was special to me. It was not what I expected but it was enjoyable nonetheless. It has motivated me even more to follow my dream. And I know that, given the chance, there would be so many people proud of me for that. Because your dreams, and your ability to follow them, are something I believe contribute to who you really are. Being able to share my dream with my dad is indescribable and to share something like this with him feels like a special thing, our thing, even though hundreds of people travel to various sites around the world to take part in OpWall every year.

The excitement that built up within me with every day that went by prior to my expedition is a feeling I don’t even know how to begin to describe – this trip was the highlight of my second year of university; a year that I had been struggling with in terms of homesickness and with the strain that can be put on friendships when “friend” becomes “housemate”. This trip was everything I needed! The close friends I did have probably couldn’t wait for me to actually go on the trip – so that I would stop talking their ears off about how excited I was!

I believe that having the courage to follow your dreams is commendable, and I am proud of myself. And my dad has shown me that your first dream won’t be your only dream and that new dreams will always come along and each dream you have opens a door to a variety of opportunities. And Operation Wallacea is a big opportunity so I would urge anyone who’s read an OpWall poster, who’s been informed of OpWall through their school or university, who has a friend who has travelled with OpWall to really look into it and to really, really, consider taking that leap and going for it because you will not be disappointed.

I would like to thank Mo and Imin and Samm, Uso and Freda – the people who shared their experience with myself and my expedition mates. They not only made me realise how much I wanted to complete work like theirs in the future, they really added to my experience in Bau Bau. Their kindness, dedication and professionalism are traits I wish to carry with me through my future career and through my life. I had such a fantastic time, and that is down to everyone who works hard at the Nirwana site, and getting the chance to meet everyone there, professionals in the field I chosen to pursue and locals alike, was also one of the best parts of my expedition – what is life without the people you meet along the way?

I’d also like to thank both of my parents for watching me grow, and watching me dream; fighting through some of life’s toughest battles and pushing me to experience life in the way I did whilst I was in Indonesia, and so I’d like to finish with a (slightly altered) Jim Valvano quote:

“My parents gave me the greatest gift anyone could give another person – they believed in me.” 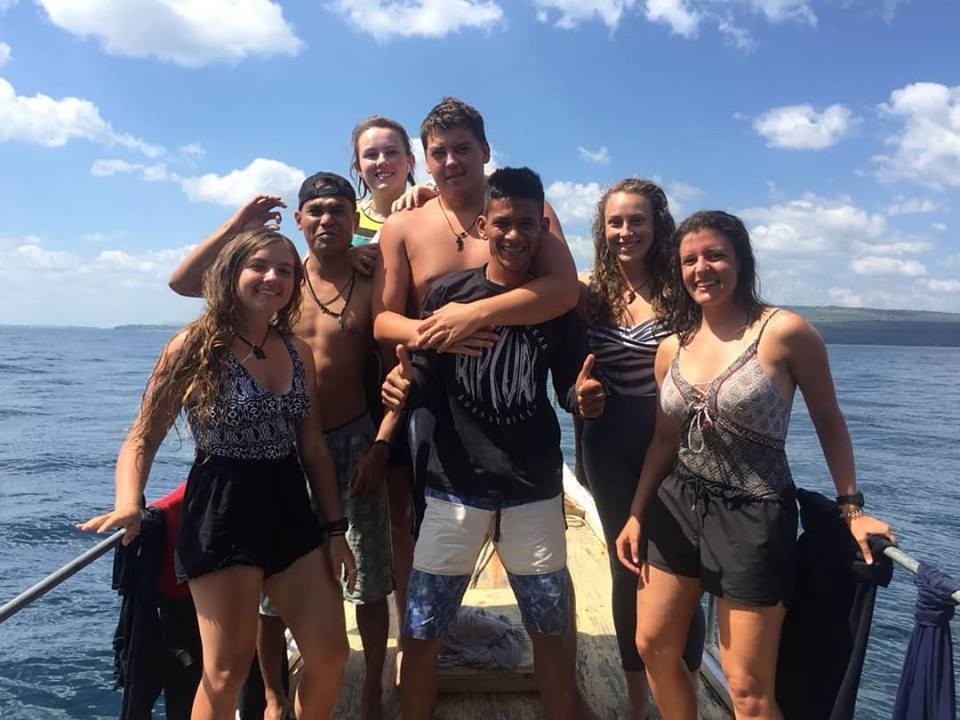