The Challenges of Collecting Data Underwater

How do you collect reliable, repeatable data underwater when researchers can’t talk to each other, check books and ID charts, or take longer than 50minutes (because they’ll run out of air in their tank)?!

Each summer, Operation Wallacea (Opwall) staff and volunteers travel to far-flung corners of the planet to collect essential biodiversity data from remote, and often threatened, ecosystems. This type of work is both exhilarating and rewarding, however it comes with a host of challenges that must first be overcome if we are to fulfil our aim of monitoring and protecting these awe-inspiring environments. Undoubtedly one of the greatest challenges we face is in collecting data from marine ecosystems, including coral reefs and seagrass beds. This requires all the usual considerations of collecting ecological data in unpredictable environments, but with the additional challenge of being completely submerged in water while we do it!

Historically, ecological research of marine ecosystems got off to a relatively slow start for this very reason; although early ecologists were interested in the workings of the underwater world, they simply did not have the means to access it and often opted for terrestrial research instead. Saying this, some scientists were more creative than others in their quest for knowledge: In 1867, biologist and artist Eugene de Ransonnet designed and commissioned a diving bell, complete with window, so he could observe and draw a coral reef while submerged (Fig. 1 & Fig. 2). Following this, further developments in technology throughout the years have inspired underwater research and therefore improved our knowledge and understanding of these ecosystems. Most notably, this included the introduction of modern SCUBA in the 1950’s. 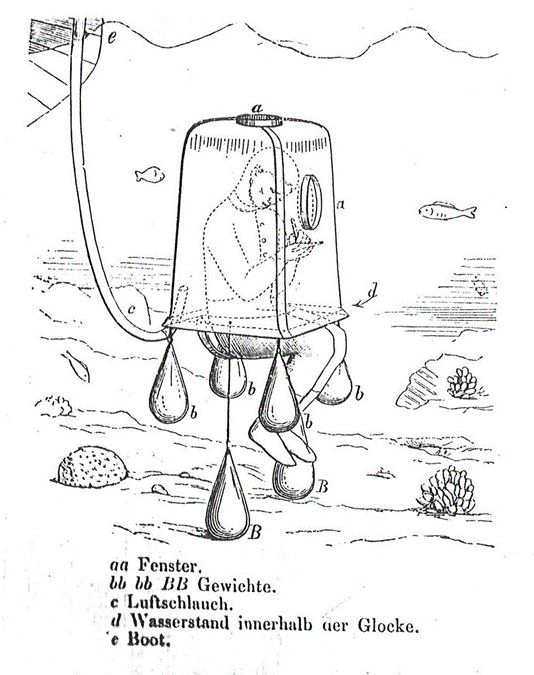 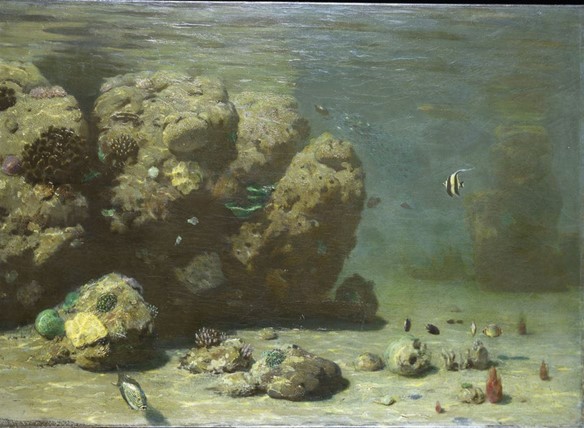 Thanks to the pioneers that came before us, the challenges we face today are small in comparison, as we already have the tools we need to access and survey the underwater world. These days, (setting aside the boring logistical considerations of things like weather, tidal range, boat availability etc…) our greatest limitation is generally time. While diving, we carry a limited volume of air and must dive safely within recreational diving standards, therefore we have a maximum 50 minutes in which to complete each survey. As an added challenge, we are not able communicate as effectively as we can on land, therefore cannot ask questions about how to use a certain method or double-check the identity of a fish who’s name we’ve forgotten. To combat this, every Opwall volunteer goes through a rigorous training programme of marine ecology, underwater survey techniques and species identification before collecting any data. This way, we can confidently collect large quantities of high-quality data from marine ecosystems around the world. As a bonus, we have also produced some high-quality marine scientists along the way!

Taking this one step further, Opwall is a major advocate of using technology to survey coral reefs in innovative ways and further minimise the limitations of traditional techniques. Over the last decade we have adopted methods in videography, 3D modelling and acoustic analysis to gain a better perspective of the health and function of the marine environments that we work in. But, that’s a story for another blog!