South Africa – Living with the Leopards

Written by and Photos Courtesy of Morgan Welsh

I hate flying, but nothing was stopping me from going to Africa. So when I boarded the aeroplane for the 12 hour flight all by myself, I was a bag of nerves. A mixture of pure excitement and sheer terror. I arrived in Africa and was greeted by the rest of the volunteers and we made our way to Kruger National Park.

On the hour drive into camp, we were already surrounded by wildlife. There was a giraffe right on the side of the road! And a few zebra crossed our path. Amazing. We sat on the back of the buggy and watched as the sun went down. It was dark when we arrived in camp. We met our three field guides who we would be spending all our time with. They turned out to be the best guides we could have asked for!

In the morning we were able to see camp properly, and I couldn’t believe how beautiful the place was. The front of camp looked out onto the Oliphants River, which glistened in the sunlight. The hippos were forever at the river, and we would hear them from time to time. Crocodiles would also make an appearance to bask in the sun, along with a baboon troop on the other side of the river, and an abundance of other animals. 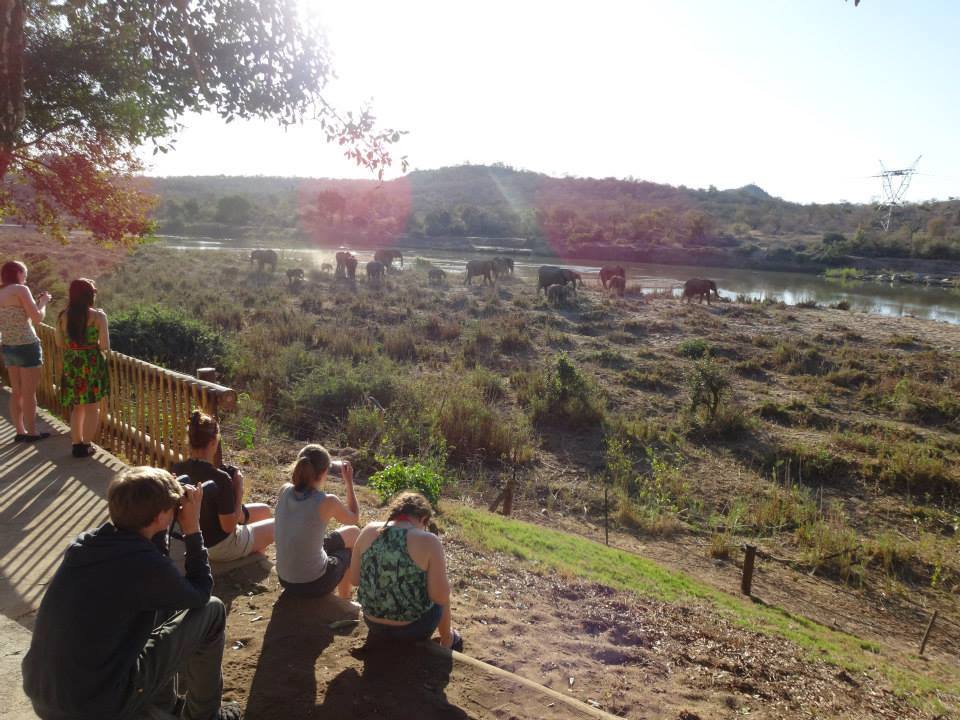 Early mornings are not my forte, so when we were told to be on the buggy for 06:30, I didn’t think I would manage. But waking up at 05:45 to the sound of hippos was a nice way to start the day. Even if it was before the sun came up!

On our first game drive, there was a herd of water buffalo blocking our path! The mornings were freezing cold, but were quick to warm up and before long, we had to shed some layers! Our guides wanted to initiate us into South Africa by giving us impala poo to put in our mouths and spit out! Yes. That actually happened. Our first game drive was all about poo. We examined the poo to see what animal laid it and to see what their diet consisted of.

Our first evening lecture was on snakes, spiders and scorpions of South Africa, and was disrupted by a herd of elephants, which were making their way across the bank on our side of the river. It was incredible! They were so close to us, I couldn’t believe it was real. That night we also saw a scorpion, which glowed fluorescent under UV light. Surprisingly, we only found two spiders and a whip scorpion in our accommodation during our two week stay.

We had an overnight stay at bush camp, which was one of the highlights of the expedition. All 12 of us piled onto the buggy after dinner and headed to what could only be described as a slightly posher version of Im A Celebrity Get Me Out Of Here camp. We sat around the fire pit and got to know one another better. One volunteer got up to use the loo, and I use that term loosely as the loo was essentially a bucket with a toilet lid, and got the fright of her life as a lion roared from about 5 metres away! There was something about sleeping in a giant tent in the middle of the African bush that really made you feel at one with nature.

Another early morning in the bush where had breakfast and listened to the hippos call out. We headed out to do a bird point count when I couldn’t believe my eyes, we actually saw a leopard! There he was just sitting in amongst the trees. How lucky we were to see him, as they are so elusive! During the bird point count, we had to stop as there were a herd of elephants closing in on us! It was exciting at first, but it happened so may times after that we just wanted to get on with the work!

On night before our day off, I woke up around 5am to the sound of some animal growling, and no it wasn’t my roommate snoring. I headed out to the front of camp with my roommates, one field guide and another member of staff who said it was a leopard and hyena fighting!  We stood at the front of camp in silence listened to them. It was crazy! Way better than any nature programme.

We went for bush walks which were fantastic! To be out in the bush, in the wilderness was just something else. Life in the bush was always exciting; we never knew what animal we would come across next. Whether it was a spitting cobra on the road, or driving away from a herd of elephants a mere metres away, or a relaxing game drive or bird watching. One afternoon, a giant verreaux eagle owl flew over our heads and landed on a tree right in front of us with a dead guinea fowl in its talons. We stopped at one sight and looked at a kiln, which is an Iron Age furnace. Looking at it, there was something very old and mystical about it! We examined the iron ore inside it, and I felt as if I was holding a piece of history. Well, I guess I was!

Words really can not describe what an amazing, life changing time I, personally, had when I was on this expedition. It was honestly the most incredible two weeks of my life. Not only did I contribute to the leopard conservation work, but I learned so much and made great friends along the way. 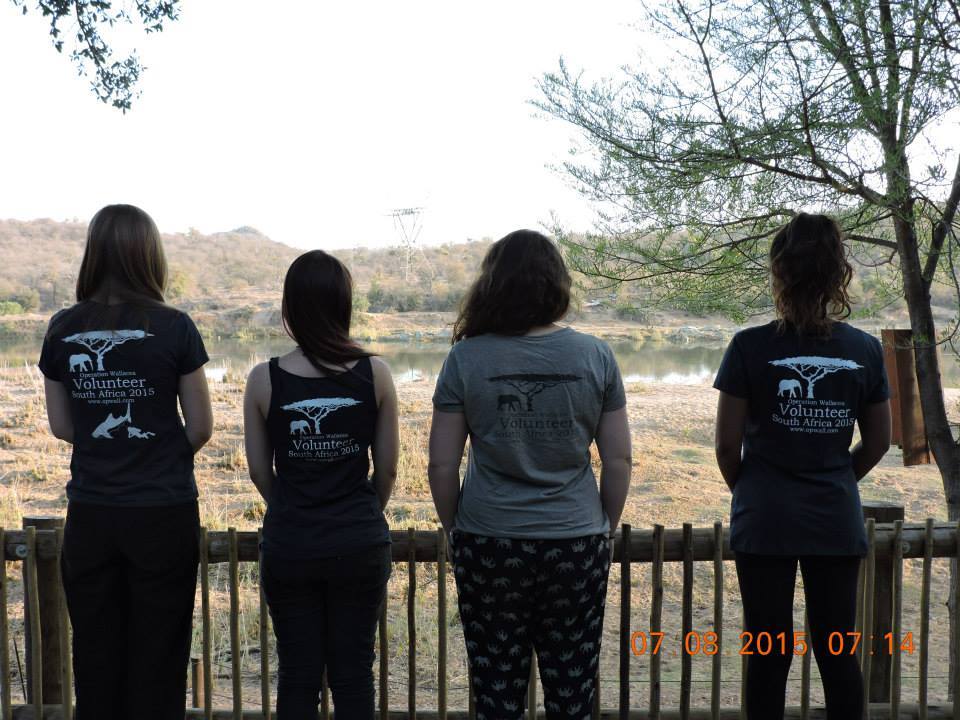