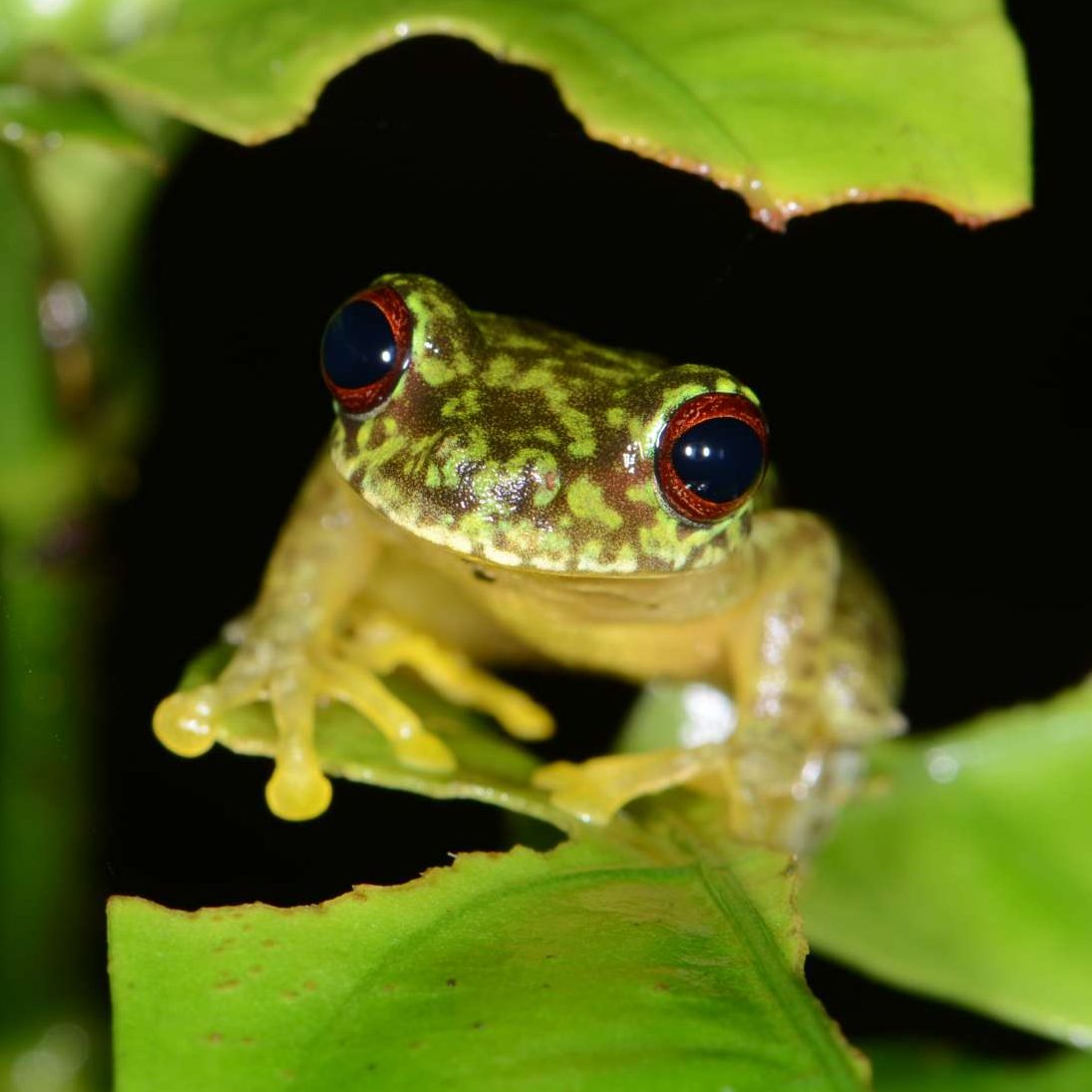 Micro-podcast: If you would rather listen to the summary, check out episodes of our micro-podcast, Science Snacks, on Spotify, Apple Podcasts, and Google Podcasts.

Amphibian chytrid fungus poses a severe threat to amphibians worldwide and continues to spread as a consequence of the international wildlife trade, among other factors. This aggressive, hardy fungus is thought to already be responsible for dozens of amphibian extinctions on a global scale. Permanent water bodies are typically believed to be the primary vehicle for spreading chytrid fungus, but Opwall teams, led by Dr Jon Kolby, have also investigated unexplored modes of dispersal at our research site in Cusuco National Park, Honduras. Chytrid fungus was present in rainwater samples found far from permanent water bodies, suggesting that this fungus might also spread by aerial dispersal. For example, contaminated water droplets could be swept up by storms, or be present in the drifting cloud banks characteristic of cloud forests, and carried sizable distances from the source. This discovery could mean that many more species are at risk than previously thought, even those without an association with a permanent body of water. While more research on chytrid fungus is encouraged, these findings do help to influence more informed management decisions.

If you would rather listen to the summary, check out episodes of our micro-podcast, Science Snacks, on Spotify, Apple Podcasts, and Google Podcasts.

Opwall’s Science Snacks is where we share our conservation biology knowledge with you, in the form of tasty little snacks! You’ll find summaries of research paper and micropodcasts about our most exciting tid-bits.