Written by and photos courtesy of Hannah Hoskins

Cusuco National Park, North West Honduras, June 2010. I had just finished the first year of my undergraduate degree studying Natural Sciences, a subject I had chosen as it gave me scope to pick my academic focus as the years progressed. It was the first night of jungle training; we were on the receiving end of a hurricane’s torrential rain and this inexperienced camper had failed to put her hammock up correctly. Fortunately, however, this gave me the opportunity to stay up, drying out by the camp fire discussing all things cloud forest with a local guide and it was evident from the wide range of topics covered that Cusuco was a forest rich in diversity but also one facing a variety of threats. 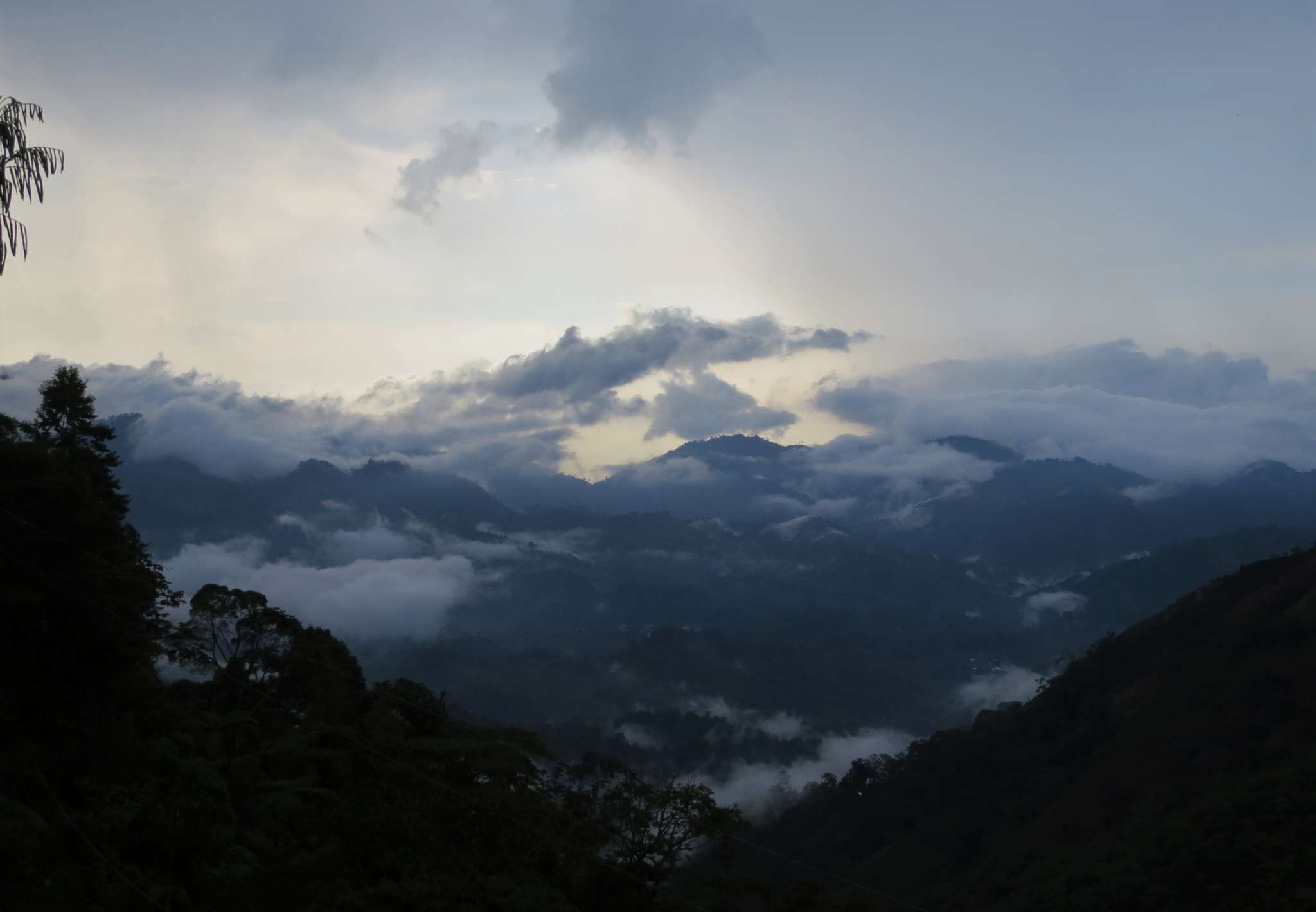 In the weeks that followed I took part in various biological surveys and quickly discovered that mountain transects are not for the faint hearted. I also discovered something that I’d yet to learn in my first-year modules; I still wasn’t sure how, but I now knew that my research interests were to follow the ecological pathway in the coming years. I also learnt that although they may be notionally charismatic, studying mammals largely involves walking for miles, staring at the ground and finding excitement in animal faeces.

Fast forward through: more undergraduate study including a biochemistry Erasmus year interlude and majoring in Environmental Science (taking all the Ecology-related modules available), and a desk job, we reach the mid-point of my Masters in Conservation Biology. At this point those questions relating to Cusuco – its threats and the need for effective study to ensure its protection – remained. It was this that drove me to apply to study the conservation status of mammals in Cusuco at Queen’s University Belfast.

Cusuco’s initial designation in 1987 resulted from a Honduras-wide program to protect mountainous forest due to their key function of providing drinking water to surrounding communities. These were arbitrarily delineated above a certain altitude, but nonetheless this was a key turning point for the curtailment of unregulated deforestation in the country. Ultimately, this also led to the beginning of annual surveys in the Park in 2006 by Operation Wallacea, which prompted recognition of Cusuco’s high biodiversity and endemism. 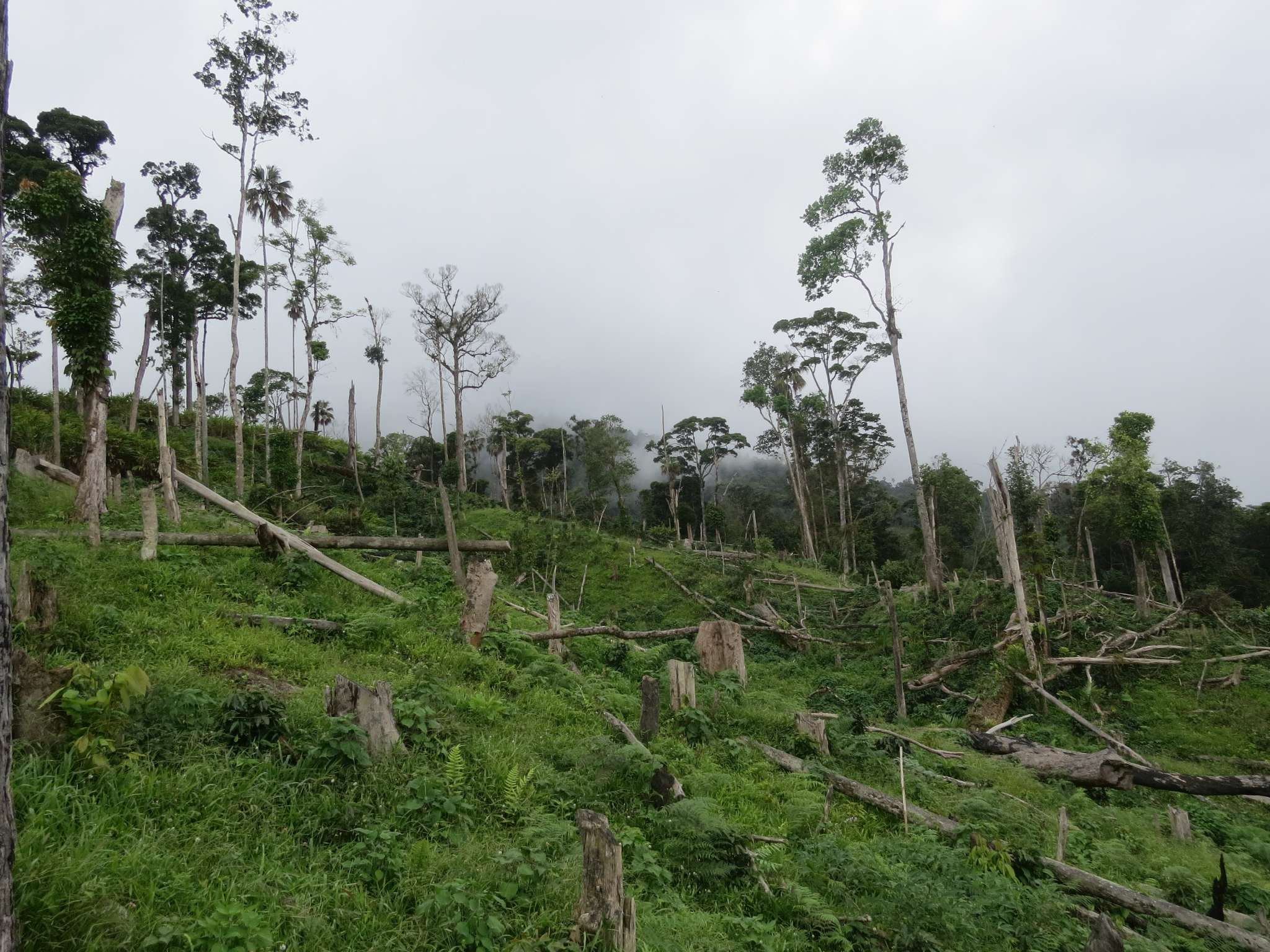 However, throughout the years human impacts have slowly encroached further into Cusuco, with ever increasing patches of deforestation appearing throughout the park. Groups of hunters also began returning to the area once it became evident that enforcement of protective laws was ineffectual. There was a five year gap between my initial trip to Cusuco and my return in 2015 as a PhD student. The changes I saw in this time were evident, albeit to someone with a particular interest in the conservation status of Cusuco’s mammals.

Effects of deforestation on the watershed are explicit and apparent. Educational programs exploring the forest’s importance for water supply security and flood mitigation, as well as military patrols, have been enacted by government to curtail habitat loss and degradation. In the case of loss of mammals to hunting, their allusive nature means that population changes can be at risk of going unnoticed and in any case the consequences of biodiversity loss on Cusuco’s function as a watershed is less readily demonstrable.

A community guard program was initiated to patrol Cusuco through cooperation and financial contributions from the Wallacea Trust and the NGO Panthera. Data collection on fauna has been ongoing since 2006 but formal exploration of mammal population trends were previously lacking.  In the course of my PhD, we found that there have been declines in detection across most mammalian taxa since surveys began. Whilst patrols have been instrumental in preventing grave-still declines, further funding and governmental support are imperative for effectual prevention of hunting.

It is no surprise that prioritising environmental policy (even that which has a direct impact on civic sanitation) is often impossible for local and central governments in developing countries to justify with the holders of the purse strings. Thus an important aspect of recent research was to use localised distribution modelling as a means to spatially inform conservation efforts. Whilst such modelling at the overall range level is informed by biotic and abiotic drivers, we incorporated anthropogenic factors to infer local-scale barriers to distributions.

In a similar guise, the use of freely available satellite data on forest change (you can look at forest change globally for yourself at www.globalforestwatch.org) and spatial variables of interest (roads, village location etc.) identified hotspots of deforestation and likely anthropogenic propagators, including their origin. Such information should once again facilitate more efficient, targeted conservation practice within Cusuco.

Finally, the technological revolution continues and use of camera trapping is becoming increasingly predominant for mammal surveys. Camera traps are an ideal tool for studying elusive mammalian species as they are predominantly passive and the risk of misidentification – relatively common through the use of spoor (i.e. tracks and signs) – to defer mammalian presence in transect surveys is reduced.  Camera traps in Cusuco have yielded useful information including confirmation of top predators such as jaguar (Panthera onca) and highlighted increasing concern for the Endangered Baird’s tapir (Tapirus bairdii) for which Cusuco should be a stronghold. 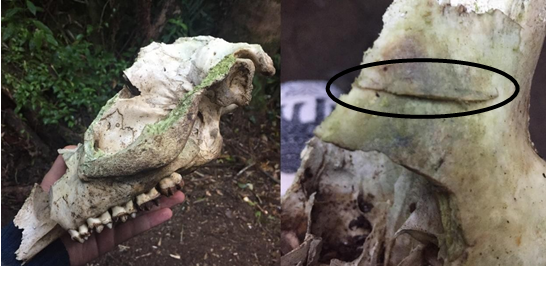 Details of this empirical assessment are to be disseminated to local Government, forestry managers, patrol wardens, legislative enforcement officers and conservation charities as a tool for necessarily targeted investment of limited resources. Similar to recent calls on climate action, there is no room for waiting if population collapse is to be avoided so it is likely that the best pathway to prevention of the near imminent mammalian defaunation of Cusuco National Park is increased efficacy in protection under current logistical and financial constraints whilst further funding is procured. It is clear that business as usual will not be enough so save Cusuco’s remaining mammal populations.