It’s World Turtle Day! So, we thought we’d take this opportunity to talk to you about the research we are conducting on a population of immature green sea turtles in Mexico.

As you probably know, sea turtles (like other cool wildlife) can be a major tourist attraction. This tourism brings in lots of money and jobs for the local community which is a massive benefit. Unfortunately, being bothered by people all the time can be really bad for the animals as it can lead to chronic stress. Being stressed all the time is never fun and it can mean you get ill more easily and then can’t fight it as quickly. There is a turtle virus called fibropapillomatosis (of FP for ease!) which causes tumours. Turtles can recover from the virus, the tumours just fall off again, but if the turtle is unable to fight the virus, it does eventually kill them.

In Akumal Bay, Mexico, the population of immature green turtles are right by the shore, so they bring in a lot of snorkel tourism. We’ve been studying this population since 2014 when there were over 2000 people swimming with, touching, and even riding the turtles. This project set out to protect the turtles by limiting the stress of tourism, hopefully reducing the number dying from FP, while also making sure the tourism can continue so the local community can receive their income.

There are three main methods used for the collection of data in this project. The first method uses quadrats to monitor the seagrass in the bay. The seagrass has to be monitored because it’s what the turtles eat. If there isn’t enough food because its dying, the wrong species is growing or it’s overgrazed, the turtles will leave Akumal.

Across the bay we place almost 200 1m2 quadrats and estimate the cover of the three species of seagrass. We record how tall the seagrass is growing and whether it’s being eaten by the turtles. Epiphytes are plants which grow on another plant, and there are many species of epiphyte living on the seagrasses in the bay. Turtles don’t like eating epiphytes, so we also record how much of the seagrass is covered in them.

Each year this data is compared to previous results to see how the abundance of the seagrass species and epiphytes is changing. The height of the grass and whether it’s being eaten tells us whether overgrazing or no grazing is happening in different areas, and we can investigate why that’s happening (e.g., are the tourists scaring the turtles away from food in certain places?).

The second method we use helps to answer some of these questions by showing us whether the turtles are avoiding the tourists. This data is collected using transect. Along the bay there are 17 belt transects which go from just offshore to around 200m out, and each transect is swum a minimum of four times. We record how many turtles and tourists we see within 5m of the transect, noting the distance they are along and from the transect.

The final method is called focal animal sampling, and essentially, we record every behaviour a turtle does in a 20-minute period (from a stress-free distance!). At the same time, we also record whether there are any tourists around, and if there are we record their behaviour too. Turtle behaviour is pretty simple which is why we can record it all. When watching the tourists however, all we care about is their behaviour in relation to the turtle. So, the behaviours we record depend on factors like how far they are from the turtle and whether they’re trying to touch or chase the turtle.

One of the most important turtle behaviours we record are evasive behaviours as these indicate stress. This is when the turtle moves suddenly and it’s usually because something has scared it, like a big fish or a tourist. The more evasive the turtles are, the more stressed we believe them to be. The amount of time the turtles spend on their normal behaviours may also indicate whether the turtles are stressed too. We compare all their behaviours to what they were doing in previous years to understand whether they are becoming more or less stressed.

So far, the data collected from this project has been used to show that the turtles are avoiding and getting stressed by the tourists (particularly when being touched, chased, or crowded). This may explain why so many were getting sick and dying from FP. These results were taken to the Mexican government and in 2017 the bay was made part of the Federal Biosphere Reserve. This has meant lots of rules have been brought in to protect the turtles. These rules include wearing life jackets (to stop people diving to touch the turtles), no fins (to protect the seagrass), and being accompanied by a tour guide to ensure good behaviour. The bay has also been divided into zones where tourists can and can’t go so that the turtles have a hiding place for when they’re feeling stressed.

Since then, we’ve recorded a great improvement in the turtles’ behaviour (and stress levels). We are continuing to study this turtle population to see whether the efforts so far have been enough to protect them. If so, hopefully, this will mean tourism can continue to provide for the local community, and tourists can sustainably and ethically interact with these turtle-y amazing creatures! 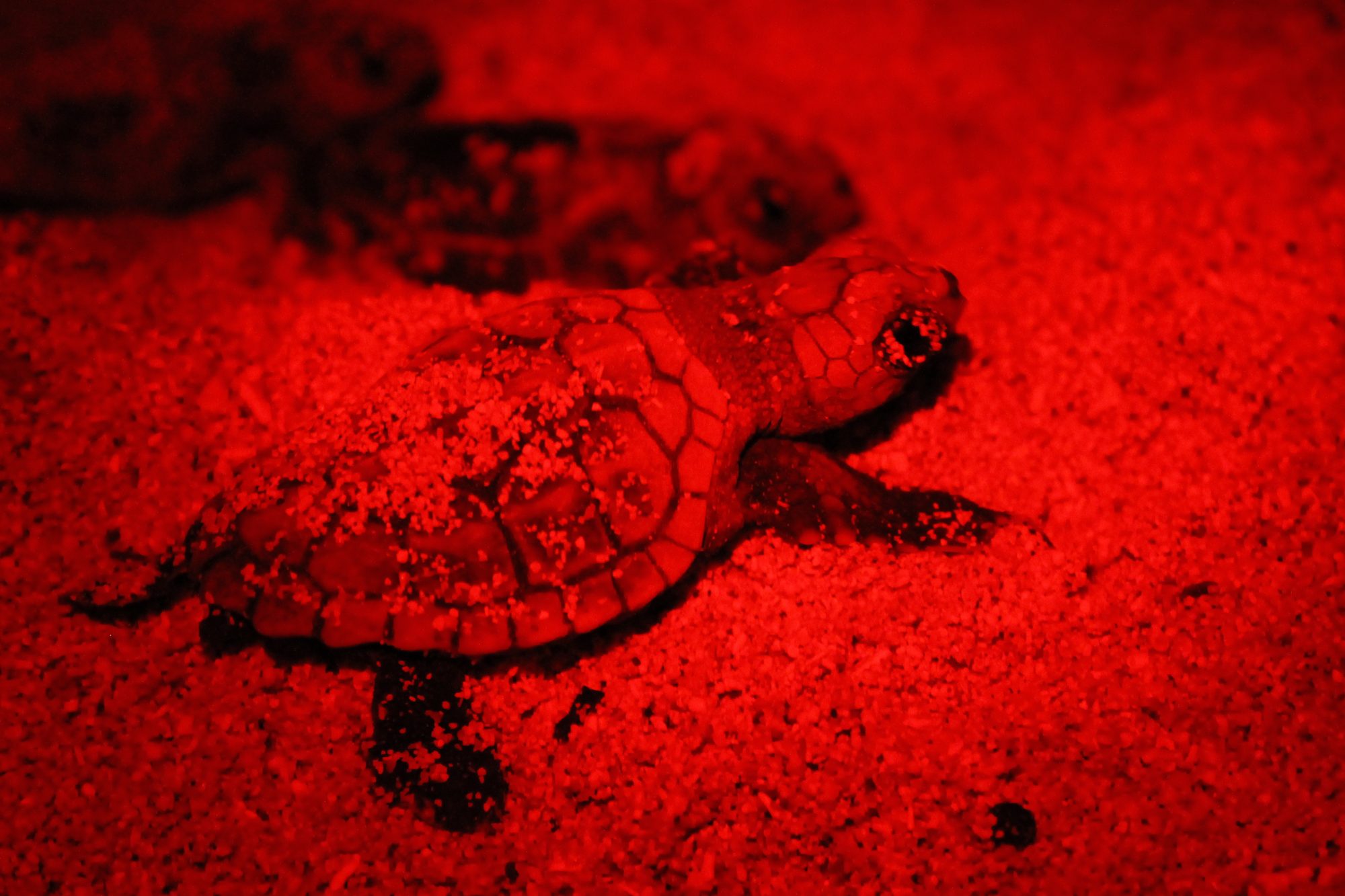