We hear bad news related to the environment so often it almost comes as a bit of a shock when there is good news. I’ve very happy to say however that we have some excellent news from the Mexico terrestrial project in Calakmul which shows that, with a team of dedicated scientists and volunteers, you really can make a difference to conservation and there are success stories to be had.

This summer we were asked to conduct a road impact study in Calakmul to produce an environmental impact report that would address plans to widen the access road from the reserve entrance to the ruins. The main concerns of the road widening were isolation of populations of large mammals, decreased access to important resources such as aguadas (lakes that are the only water sources in the reserve), and increased risk of road kill caused by vehicles travelling faster along the new road.

We used 15 camera traps to monitor large mammal road crossings and radar guns to monitor the speed of vehicles using the existing access road. The team also conducted road use and road kill surveys of terrestrial birds, mammals and herpetofauna. Our Senior Scientist for the project, Dr Kathy Slater, was then able to use our monitoring data set to create models of the best predictors of abundance of large mammals (jaguar, puma, ocelot, tapir, peccary and deer), primates (spider monkeys and howler monkeys) and abundance and diversity of reptiles and amphibians. After lots of long days analysing data Kathy was able to present the results of the study to some officials from the Mexican government. 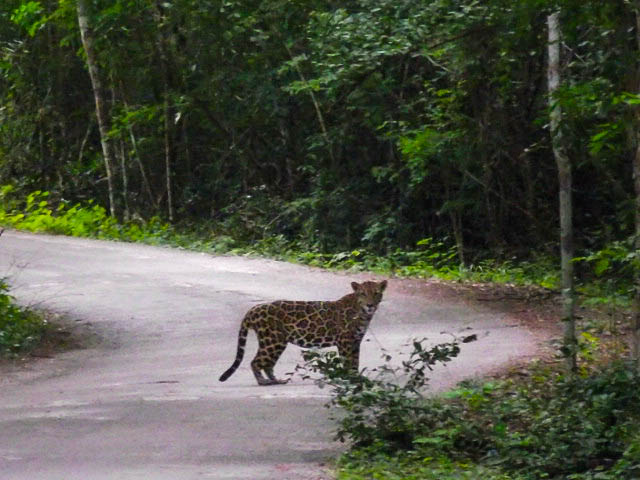 Our results indicated that tourists already break the speed limit in the reserve and that there are already major problems with road kill of herpetofauna. Moreover, these problems are worse in sections of the road that are wider than others indicating that wider roads results in faster vehicle speed and, in turn, more animals killed. We demonstrated that all the major large mammal species were crossing the road every few days and some species (e.g. jaguar) use the road as travel routes. Primates cross the road between 3-4 times per day and regularly fed in the trees above the road, which is not surprising considering that the road is currently sufficiently narrow to have an almost continuous canopy above it. If the road were widened the primates living around the aguada at KM27 would have to move their home ranges entirely and our data indicated that there is not another area of high forest with large fruiting trees in that section of the reserve so the impact to the spider monkeys we have studied for the past four years would be catastrophic. Moreover, reptiles actually use the road to warm up and snakes in particular lie across the road while sunbathing. Consequently any vehicle travelling more than 40km per hour is very likely to kill multiple reptiles while travelling to the ruins. 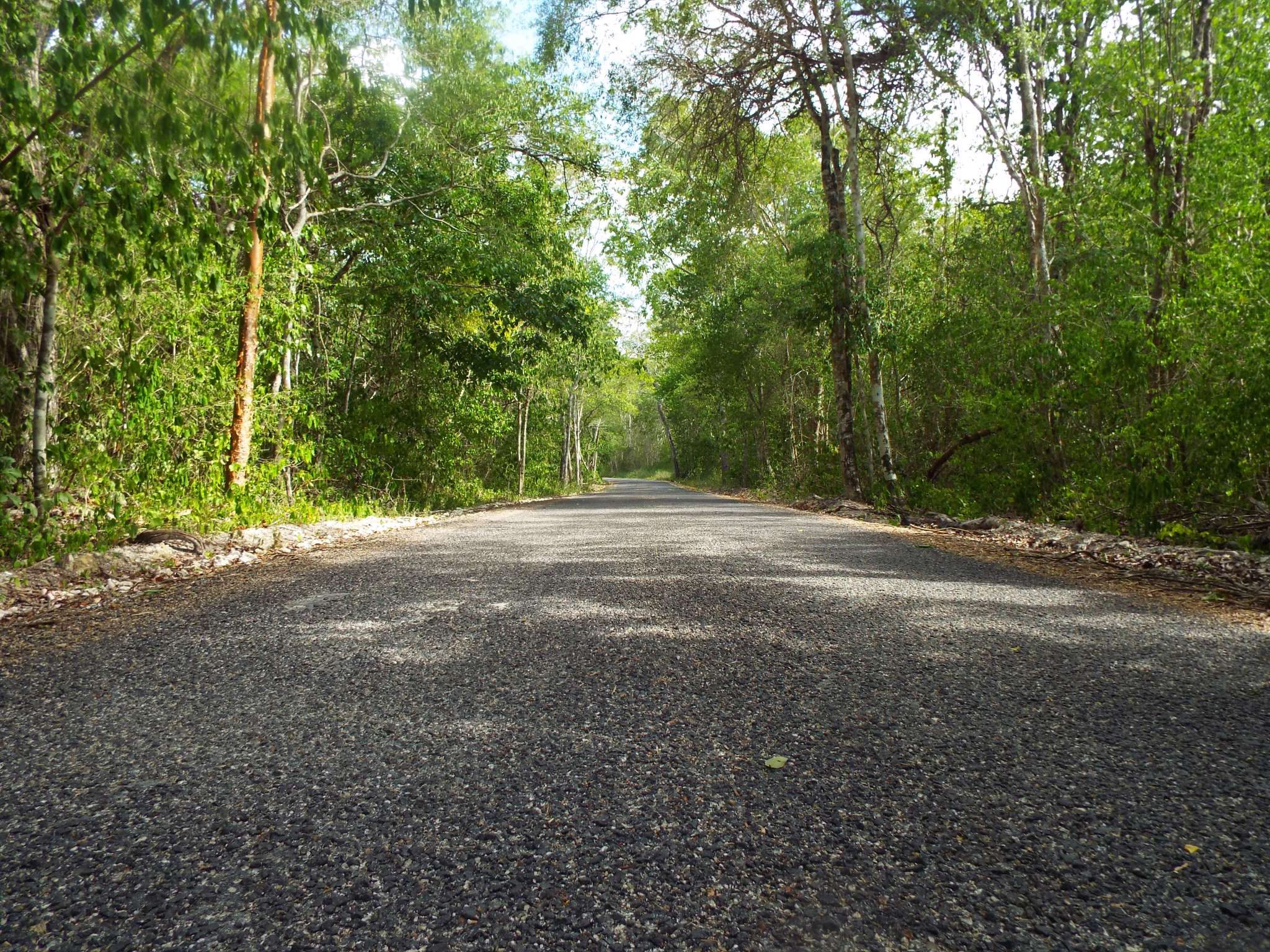 Our data made on overwhelming case to abandon all plans to widen the road and as so many of the effected species are listed as endangered by the IUCN and the existing road travels directly passed a number of aguadas and areas with large trees. The government officials all agreed that the plans should be scrapped, but as money has already been allocated to develop the road, they are going to use it for speed bumps every 5km and at higher densities on sections of the road adjacent to aguadas. They are also going to use a material on the road that does not heat up to the same extent and tarmac or concrete to try to minimize reptile road kill.

An excellent outcome so Kathy and I would like to say a huge thank you to Calakmul staff and students for all of your hard work which has clearly paid off and made a huge difference to the future of Calakmul Biosphere Reserve.