If you are an entomologist, an arthropod enthusiast or just someone that has a fascination for invertebrates then I highly recommend visiting the Calakmul bio reserve in the Campeche province of Mexico. Calakmul is an UNESCO mixed heritage site with its incredible Maya ruins and protected tropical forests, which are some of the best preserved forests in Mexico. These mostly pristine forests have a treasure trove of amazing terrestrial invertebrates. Spanning across the forests of Calakmul you can find members from Arachnida (spiders, scorpions, mites and ticks), Myriapoda (centipedes and millipedes) and of course Hexapoda (insects) quite readily.

With the sheer abundance of arthropods living in the Calakmul bio reserve it would take too long to show representatives from each order and explain their unique adaptions, so instead I have chosen 5 orders to focus on as flagship insects; Coleoptera (beetles), Hymenoptera (ants, bees and wasps), Lepidoptera (butterflies and moths), Mantodea (mantises) and Phasmatodea (stick insects).

The order Coleoptera has around 350000 known individuals worldwide with a possibility of 4-8 million species existing, so it’s not surprising that there are many incredible beetles within Calakmul. One of the most notable beetles is the dung beetle, being not only environmentally important but some individuals are even surprisingly beautiful. Another interesting group of beetles to see when in the area are the longhorns, with their conspicuous antennas and vast diversity there is plenty to see. 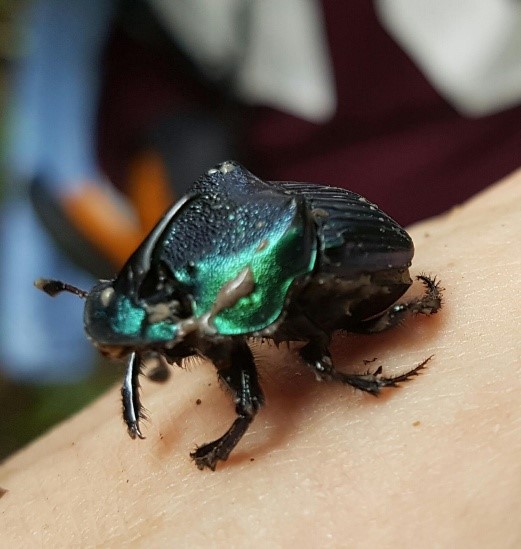 Hymenoptera may have a few intimidating members in its orders with ants, wasps and bees but they are all very crucial to the environment. In Calakmul they are not only important but you can also see some truly unique specimens and behaviours. For instance there is a species of bee that has a beautiful metallic colouring and is seemingly none aggressive. The wasps here are also fairly temperamental with their aggression short ranged or none existent, with some species baring interesting adaptions. The final member of this order to mention is the carpenter ant. There are a lot of ant species that live in Calakmul, but the carpenter ants are the most conspicuous in their work. Carrying piece after piece of trimmed foliage from the understorey to their ever growing nests. 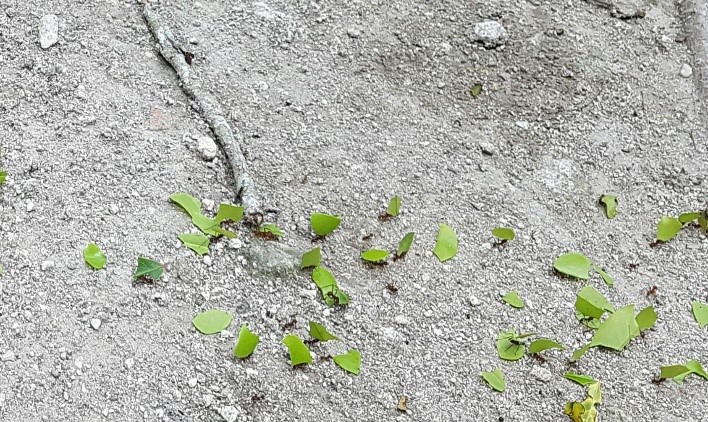 As one can expect, the butterflies in Mexico are visually stunning. However with hundreds of different species in Mexico, why come to Calakmul in particular? One reason is you will have a chance to see some of the largest butterflies in the country and arguably some of the more beautiful species. A prime example of size and beauty would be the Common Morpho with its iridescent blue dorsal side and eye catching patterns on its ventral sides. This majestic butterfly can be found gracefully fluttering through the understorey, sometimes even landing for enough time for a quick photo.

A Blue morpho being identified

The next order I will talk about is Mantodea, or the praying mantis. These insects are known to have a reputation for being fierce predators and features that are almost out of this world. This is thanks to several adaptions, but ironically the most eye catching adaption to notice with these mantises are their incredible camouflage patterns. From blending into tree bark or mimicking a twig, these predators demonstrate a variety of beautiful yet inconspicuous patterns. 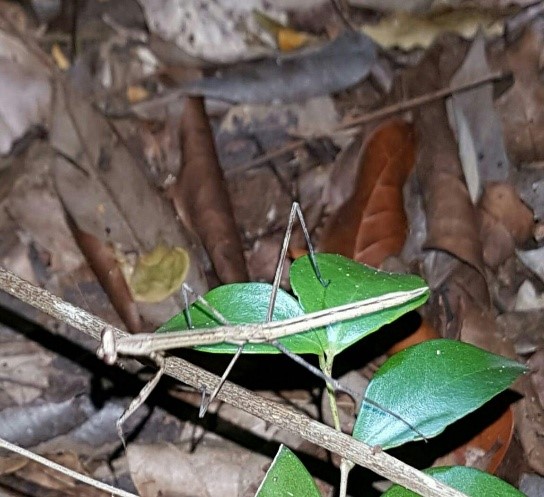 Mantis camouflaged as a twig

As inconspicuous as Phasmatodea can be, the stick insects weren’t able hide from the spot light this time. Different sizes and camouflage colours makes it a surreal experience when one of these critters catches your eye or reveals itself at just the right moment. These insects not only look like twigs and sticks they even try to mimic a sticks movement when blown by a breeze. They are also easy to handle and even photogenic at times. 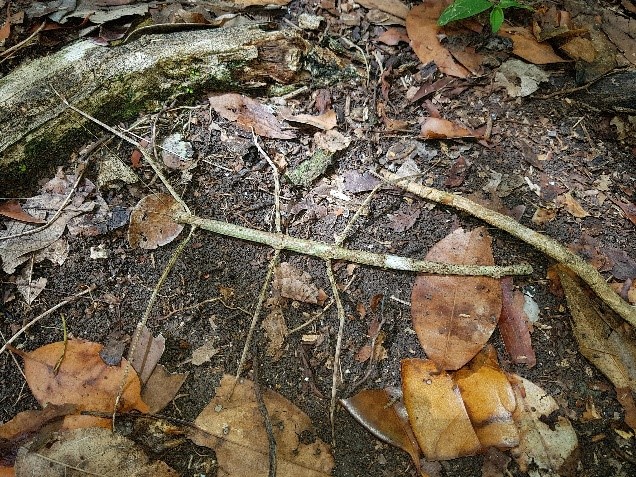 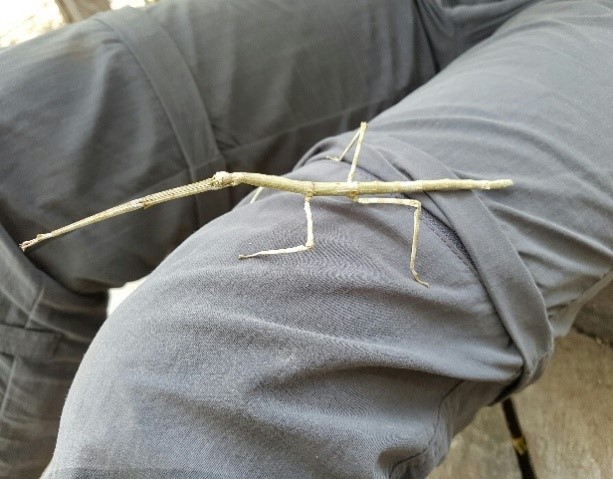 Stick insect posing as a twig

During my stay in Calakmul as a butterfly surveyor for Operation Wallacea, I got to see some truly spectacular wildlife. The insects in particular were both an interesting and memorable experience that will not be forgotten anytime soon. The vast insect diversity of Calakmul is simply incredible, with fascinating invertebrate encounters around every corner and I encourage everyone to come and see it for themselves.