Mexico – Can you Sea Turtles? 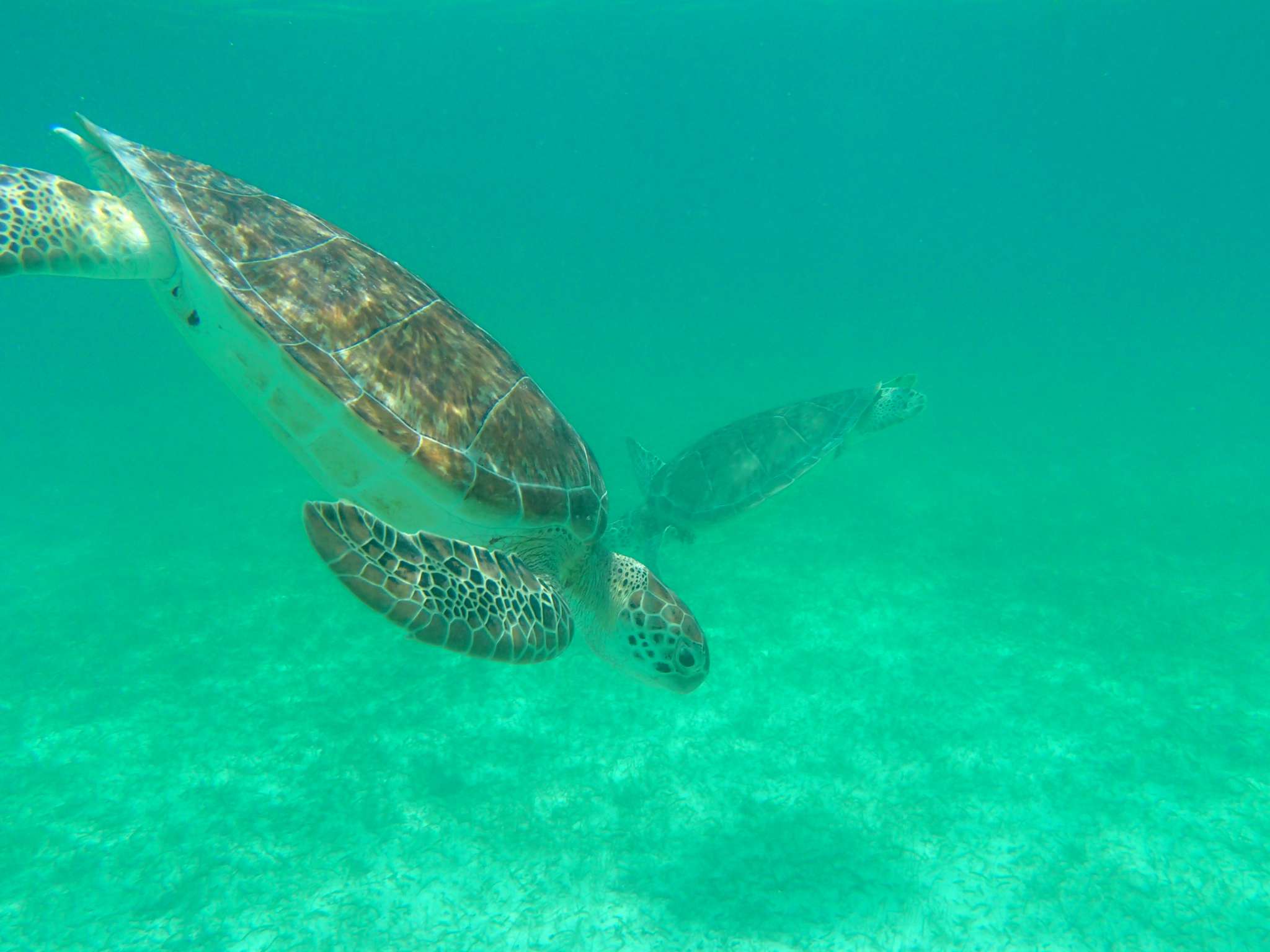 Akumal and Akumal Bay are different from many of Opwall’s other field sites, because the small town is a tourist destination where Opwall’s students get a lot of interaction with the general public and the effects they have on the surrounding environment, whether it is direct or indirect. Akumal’s economy is largely dependent on its ecotourism, which means that Akumal makes it money through indirect exploitation of its resources, in the case the feeding juvenile green sea turtles. Locals take advantage of the juvenile green sea turtle population by selling guided turtle watching snorkel tours and basing their businesses around the charismatic species.

The snorkel tours are of great interest because more locals have been turning to this business venture and the bay is being flooded with more and more tourists with each passing year. As an example of how the snorkel tourism industry in Akumal is growing, two years ago, 2013, the maximum number of tourists that could be found around a five-meter radius around an individual green sea turtle was 21, and this year that record has been broken several times with the highest recording reaching an astonishing and seemingly impossible 57. Although both of these numbers were data set outliers, they still provide a good demonstration of the tourism growth. The snorkel industry is one of the reasons that Opwall is operating in Akumal and it is central to one of the dissertation projects in Akumal.