Mexico – The story of the camp manager and the tanager 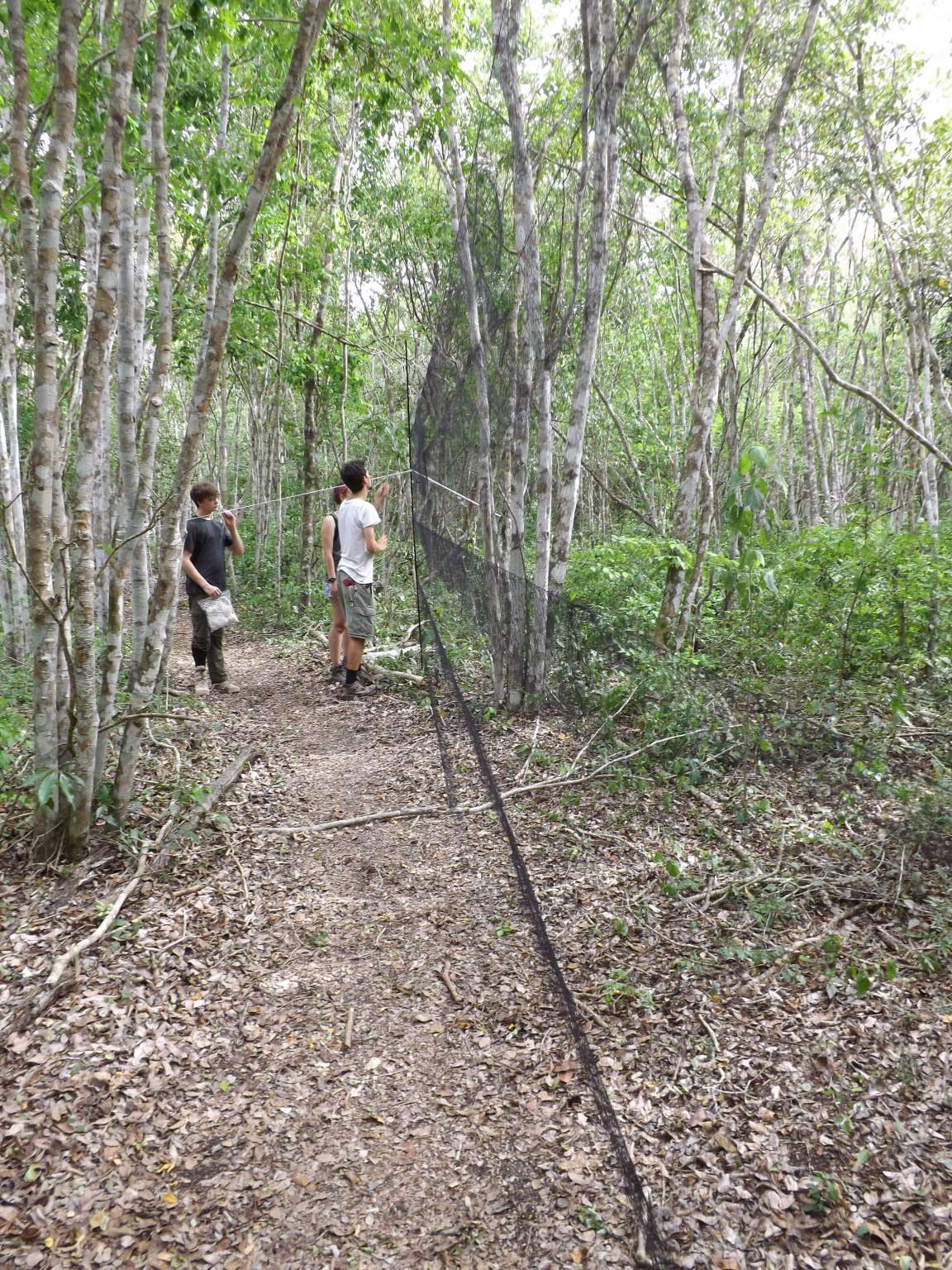 Right now I’m lying on a tarp staring up at a wispy canopy in the Calakmul forest. The Campeche region of Mexico is where our transient GPS have led us. It’s 10 in the morning but we are yawning because we woke up before dawn to set up mist nets for trapping birds. Sat next to a murky aguada, there’s some humans and many more mosquitos. Some of the people around me speak English, but much differently than I am used to (Y’all readers probably talk quite a bit more proper as well). A few speak Spanish, which I’m slowly remembering I studied for a long, long time. It’s about time I started practicing again.

And somehow, on the whim of an optimistic Google search, I ended up as a camp manager for a British conservation project in the Mexican rainforest.

Dozing in and out.

There’s movement around me and it’s Dani the birder getting up to check the mist nets for any post-dawn catches. All of the scientists surrounding me have spent at least one week alongside me in my camp­— Hormiguero, it is one of the three satellite camps in the Opwall Mexico forest project. I imagine we’ve seen almost a hundred students come through at this point, and we are at the end of a long 8 weeks of jungle fever. There’s nothing quite like it. It doesn’t matter how much you shower, you’re there for the sweat of it. And now several staff scientists are circled up with each other to entertain ourselves with intra-camp gossip. Just to pass the time. It’s a mandatory part of every summer, isn’t it? That and this. This and that. There, then, when, who, what? No way.

Dani walks up behind us with a little faded orange cloth bag, cinched shut around a small fluttery bird, protesting about its captivity. We’ve seen the Stub-tailed Spadebill many times before. But gossip is over now. We all donated two months of our lives to volunteer with Opwall. And it’s that lingering emotional contract that reminds us we are here to squeeze every last bit of biology out of each other’s learning experiences. 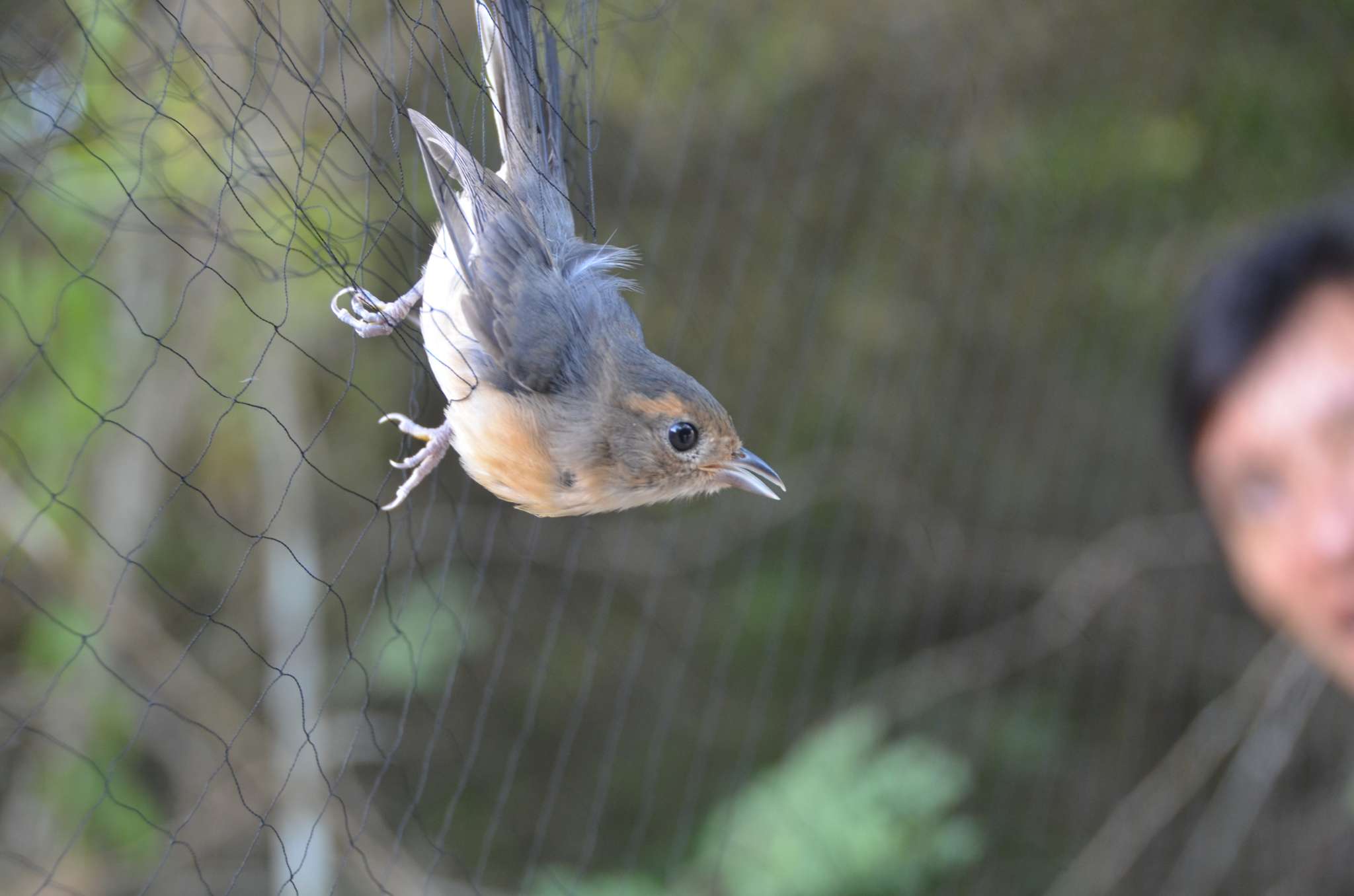 My background is in cultural anthropology. But for a brief summer I dabbled in survey science, enduring some sweltering summer days in St. Louis, Missouri observing the behaviors of captive gorillas. And then spent the next semester enduring the blustery winter temperatures in a computer lab, inputting data for analysis. It wasn’t as romantic as it sounded at first. And neither is field science. There’s glamour to the exoticism of being under the shade of a foreign canopy. But all frills aside this is an intellectual hustle trade. Then there’s that brilliant moment of awe when you see a fer-de-lance 20 feet away from your hammock. It feels so primal, and equally civil and intelligent. I don’t think there are many professions that marry those two worlds. There’s the jungle. And there’s the desk.

Dani is taking measurements of the Spadebill and Lindsey, an ornithology dissertation student, is jotting down the information. Dani softly blows at the fluff behind the bird’s head, much like a camper trying to start a small bundle of kindling on fire.

I ask him how he knows.

He shows me that the skin he revealed by blowing on its neck is a crusty pale white compared to the fleshy pink of the body. It indicates that this is where the cranial growth has stretched the skin on the back of the bird. The little fella’ is a grown man. I never really much liked bird watching. But herps and mammals aside, I’ll openly admit that I’m falling for this avian thing. 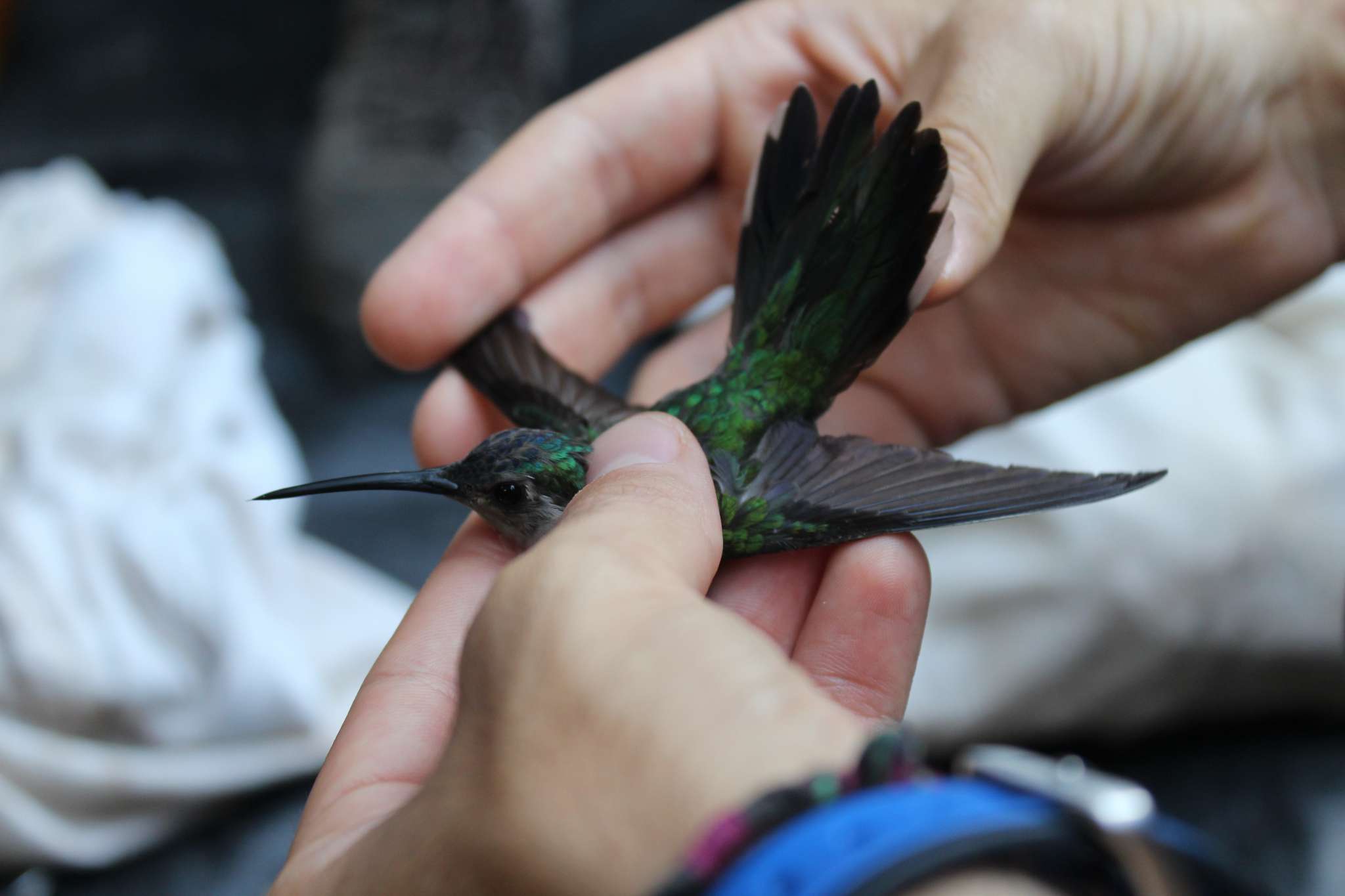 I could never commit myself to something so specific as my peers have. I could never wake up one morning and say to myself “from now on I will passionately study ocelots in the upper Amazon with camera trap methodology. For the rest of my life.” I’m a generalist. And that’s why it’s so enlightening to spend so much time with these specialized nerdy specimen. For two months I get to live vicariously through them. And I see the students do the same thing over the course of a short week. A select few students already know that they want to study some flavour of biological science. A select few know they are going to be dentists or military officers. But it doesn’t seem to make a difference. We all turn into soapy sponges of conservation suds.

When people ask me what I learned studying anthropology I answer the same way I do when scientists ask me what I do as a camp manager—Besides burning the glorious poo paper behind the compost toilets. It’s a liberal art. You know when you are a guest in someone’s house for the first time and you go in for the first shower but you can’t find that turn of the knob that puts the water somewhere between scalding hot and shivering cold? I’m really good at finding that spot. With people. And individuals. There are 30 plus individuals in my camp every week. Some whom I’ve met, and others I’m just getting to know. Some people come in clinging on to biscuits and sweets from home. Others come in with a taste for spicy food and fresh horchata. My job is to create balance. As well as burn poo paper.

At Opwall we have senior scientists and directors alongside research assistants and dissertation students. Here everyone is in the trenches. No one is above their own work. That’s what makes this line of work so savory. And it feels like it’s the reason I’ve grown so close to the bird nerds around me. We expect a lot from each other. And because we provide for one another, there’s a sense of communal growth. Occasionally I even remember flashes of what my life was like before the iPhone. Very visceral. If we get back late for lunch someone will have saved us five plates of food for five hungry surveyors. 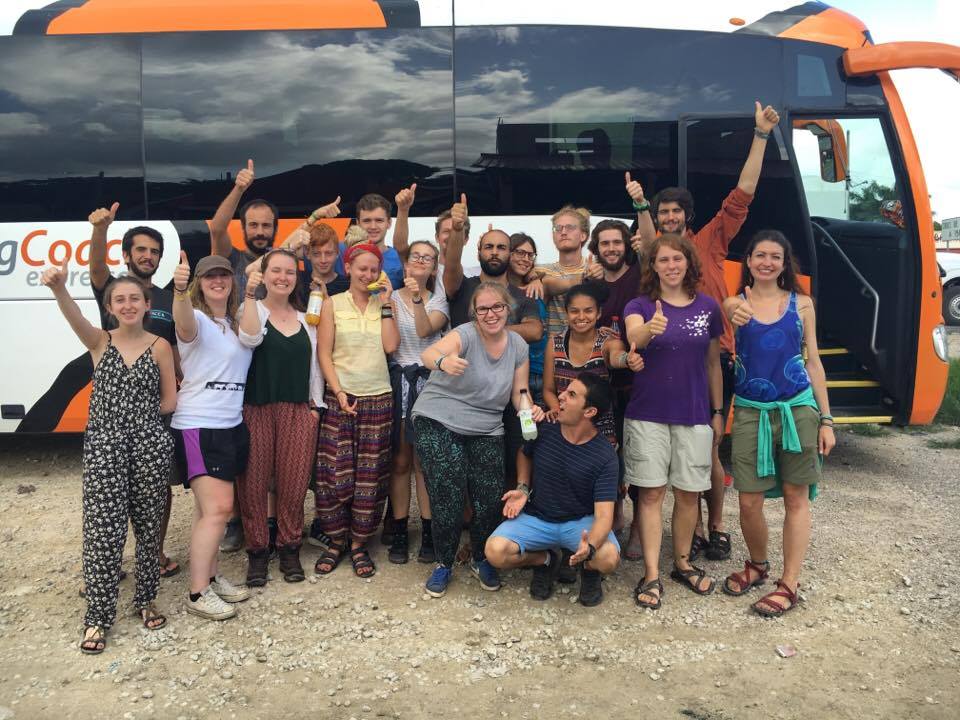 I’m still not sure whether or not being a camp manager with Opwall has changed the trajectory of my life. I don’t usually ask myself those sort of questions. I’m going to Tulum to get certified for scuba diving. Meanwhile I have been asking students in my camp skills class what animal they would choose if they had to study one for the rest of their lives. I taught that class 40 times and my answer has always been sea otters. Once I get Wifi access I’m going to look for opportunities to volunteer with them on the northern Pacific coast. Maybe I will get to dive with them. Regardless my mind will be struggling to focus back on my cozy life in Austin, Texas, playing drums and building things with my hands. It’s an immense world out there.

At one point in the morning we catch a male and female Grey Headed Tanager. First we process the female. She is pregnant and her belly is warm and round. When we release her she darts off as if never to turn back. Then she rests on a branch nearby. I immediately realize she means to wait until her partner has been analysed and can join her. She can tell no harm will be done to him. Check his wing length. Check his body length. Check his weight. Check a few more things. Paint some nail varnish on him to mark his visit, and we release him. He whistles past the female who follows him graciously.