Indonesia – Any fin is possible in the Wakatobi region

Indonesia is a country of staggering cultural diversity but, due to the nature of the Hoga site, isolation means we may not get the insight into the culture of the Wakatobi region that we otherwise would. The Culture Course offered somewhat of a solution – a week spent travelling each day to experience a broad scope of environments around Kaledupa, in order to immerse ourselves in and learn about the local way of life.

The locations we visited varied greatly in character and were each very unique. For example, the town of Sampela sits around 500m out to sea from the shore of Kaledupa. The houses are built on stilts, often with foundations of coral rock, and are connected by narrow, sometimes rather alarming wooden walkways. It is home to a couple of thousand Bajau people. Once a culture of sea nomads they now live more static lives but their cultural connection to the sea is still evidently very strong. Sampela was an environment so drastically different and remarkable from what I’m familiar with in the UK that it would have been worth coming to the Wakatobi islands for it alone. It was interesting to see how the settlements and people compared and contrasted with those we visited on the island of Kaledupa.We didn’t exclusively visit settlements. Over the course of the week we also went to mangroves which were being reforested by local volunteers, a tidal lake packed with tree-like algae and large shrimp, and a cave full of giant clam shells placed to collect water filtered through the rock, dripping from the cave’s ceiling. This collected water once served as an important source of fresh water for the local people, which is scarce on Kaledupa. 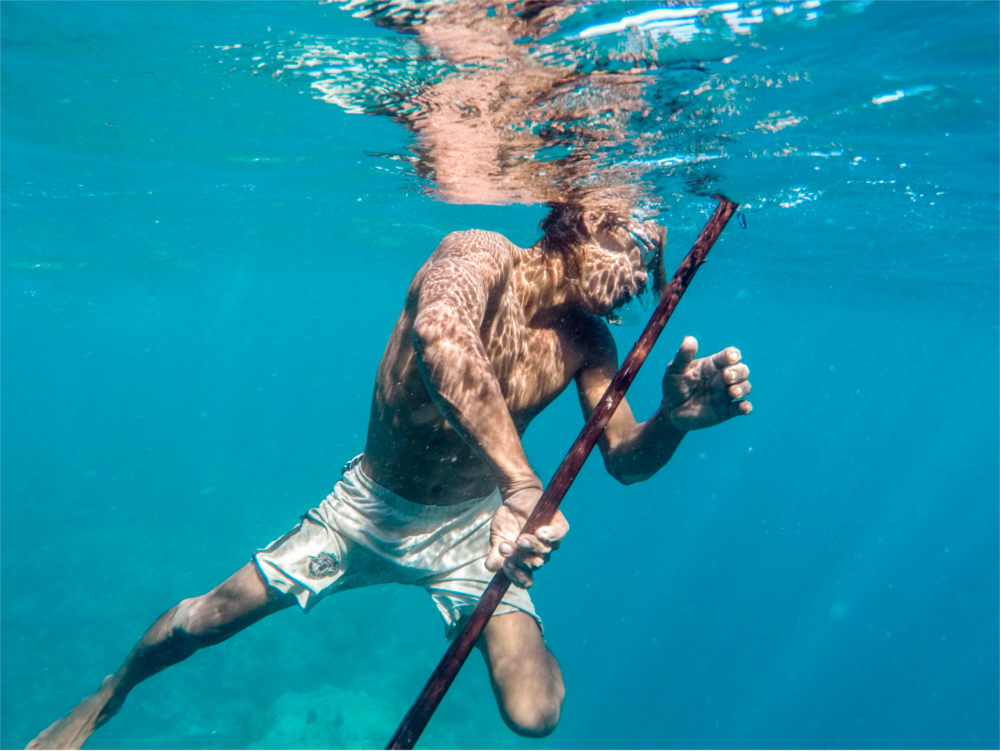 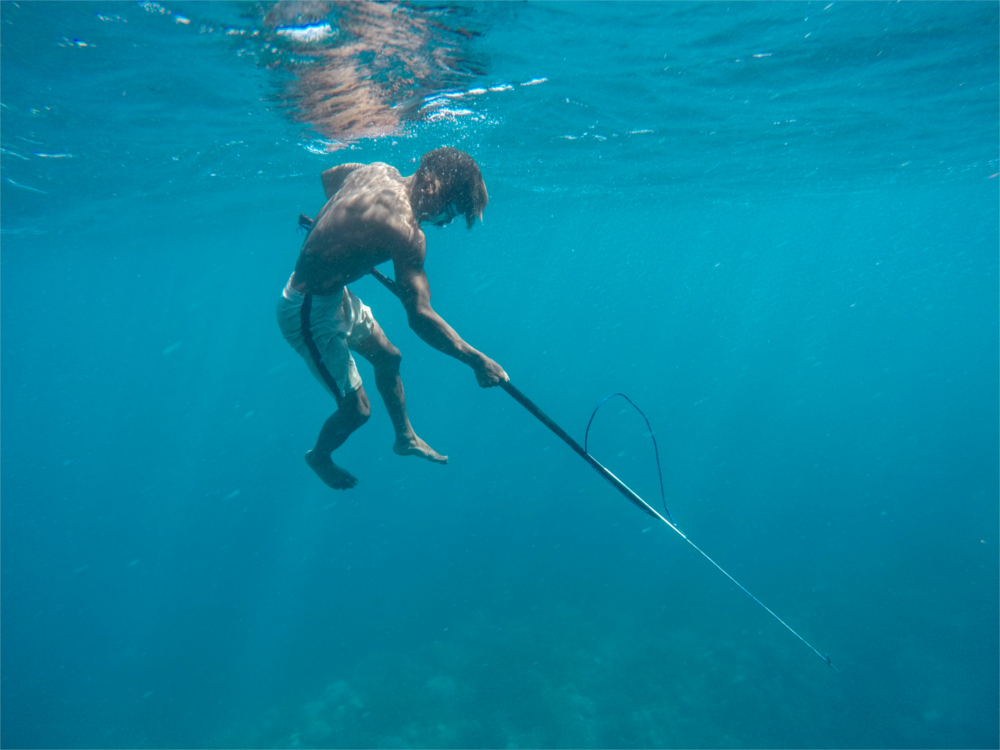 Seeing the variety of fishing practices was extremely interesting. This ranged from snorkeling with Bajau spear fishermen who could drop down 15m underwater in an instant to calmly creep along the edge of the reef looking for a fish worth catching, to following Kaledupan octopus fishermen able to identify the holes an octopus might be hiding in amongst the great masses of coral and rock. They would then wrestle the octopus out by hand and harpoon it. We also had the chance to help empty the collection area of a fish fence, which are widely used in the region by artisanal fishermen.

The course was a unique chance to meet local traditional leaders, experience Kaledupan food, and see the diversity of Kaledupa itself amounting to an extremely rewarding week and a privilege. I would recommend such an experience to any future Opwall volunteers. 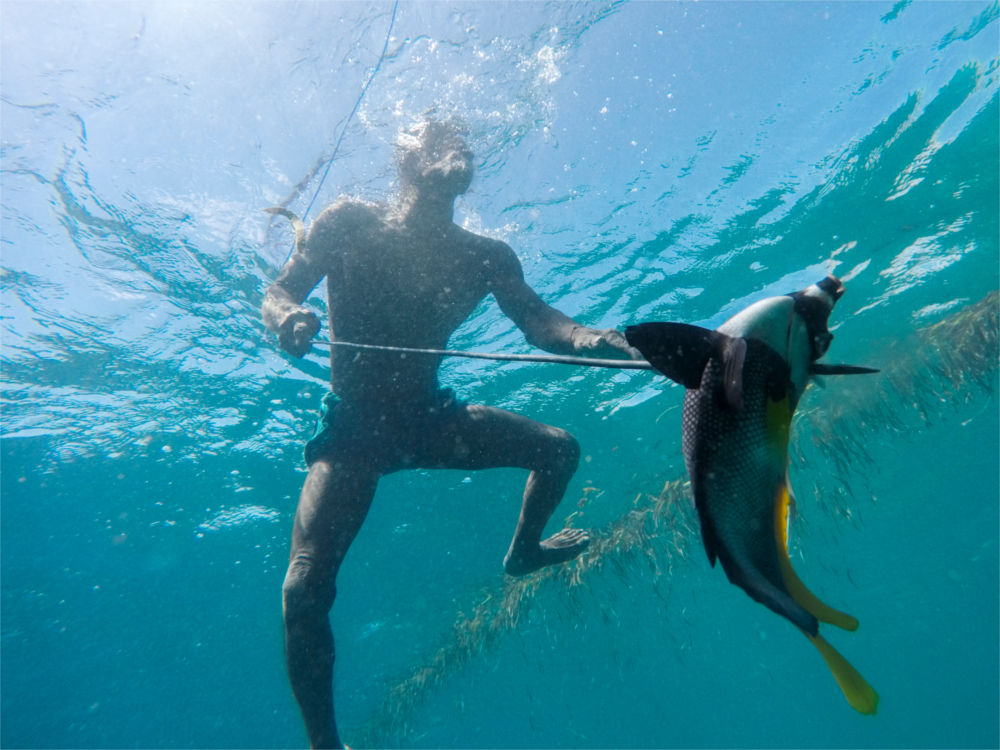 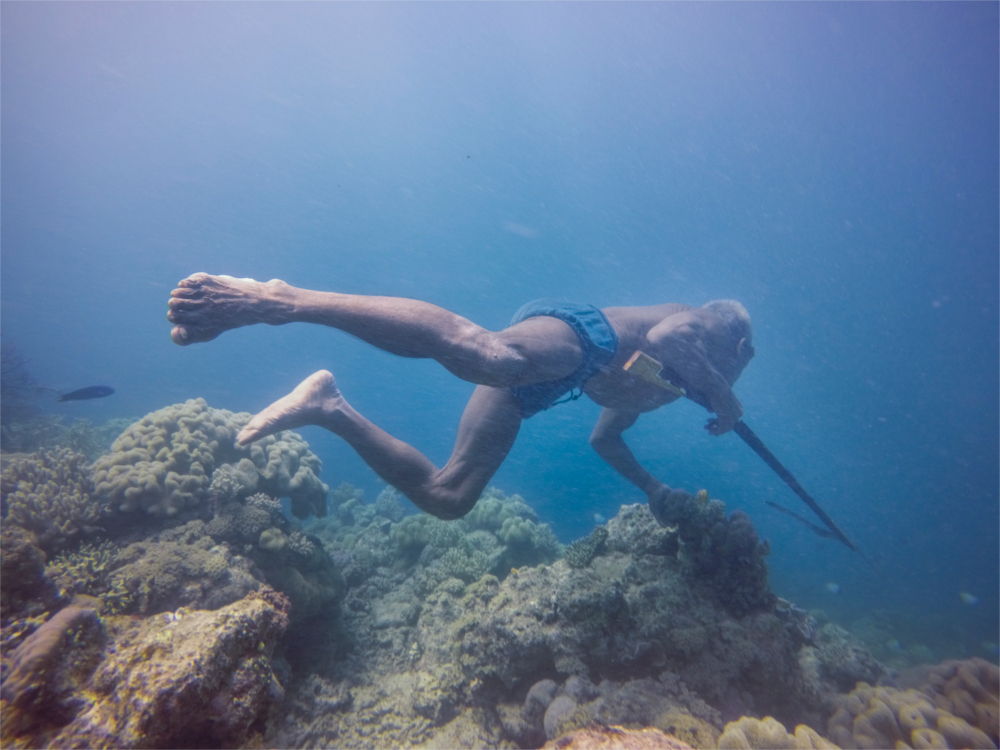