During my medical studies, I remember myself frequently bingeing on wildlife documentaries. One of my closest friends shared the same excitement, and we would comment on what an amazing career those “national geographic guys” had. Heading towards a mild quarter life crisis, I was lucky enough to be part of a physician’s path slightly different than the usual. Being obligated to serve in the army, and later fulfilling my mandatory rural service in remote Greek islands, I was exposed to the concept of Expedition Medicine.

It did not take me long to realize that every big adventure requires a medic. After attending a course on the subject, I felt ready to participate in my first expedition, heading for an environment that always intrigued me: the tropical rainforest.

And it was something more than just visiting the rainforest. Being part of a team of habitat, bat, butterfly, megafauna, reptile and bird scientists, a camp manager with army background and local staff and guides, led to a deeper understanding and appreciation of the habitat and it’s inhabitants, good group dynamics, and a sense of a common goal.

The quantity of highlights in such a short timeframe was extraordinary. The late staff meetings before dinner, the macaque visiting the big tree above our camp daily, the patient waiting of the bats to show up at night with waterfall ambience in the background, the hammocks, muddy tracks, palm fields, colorful frogs and butterflies and the demolition of our language barrier with some of the local staff on a miniature chessboard. It all seemed to be as exciting as it would get.

Approaching the end of my contract, I was told that Ian, our herpetologist, had gotten hold of a reticulated python with a swollen eye, possibly caused by some of the dozens of ticks feeding on his head. I was asked if I would be willing to remove them while Lupi, Irham and himself would be doing the dirty job of holding the animal still. It was a great opportunity for me to take a small peek on how it feels to get involved in conservation medicine. The students would come and go in groups for a chance to get a look at the enormous snake. The whole procedure probably seemed pretty heroic to them. However, getting my hands so close to a huge predator’s head, I cannot stress the amount of times I asked Ian: “Man, are you sure you’re holding him tight?” 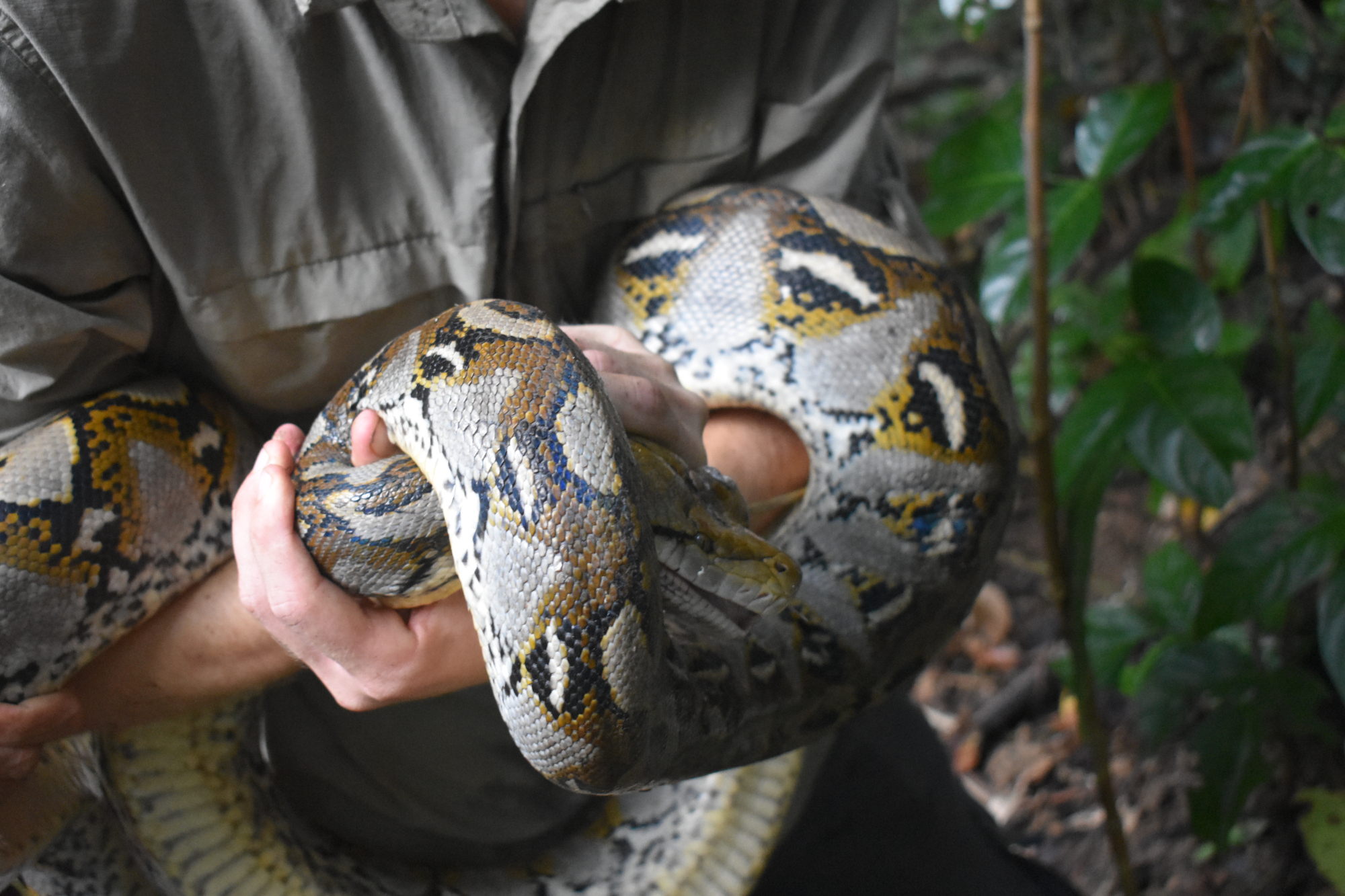 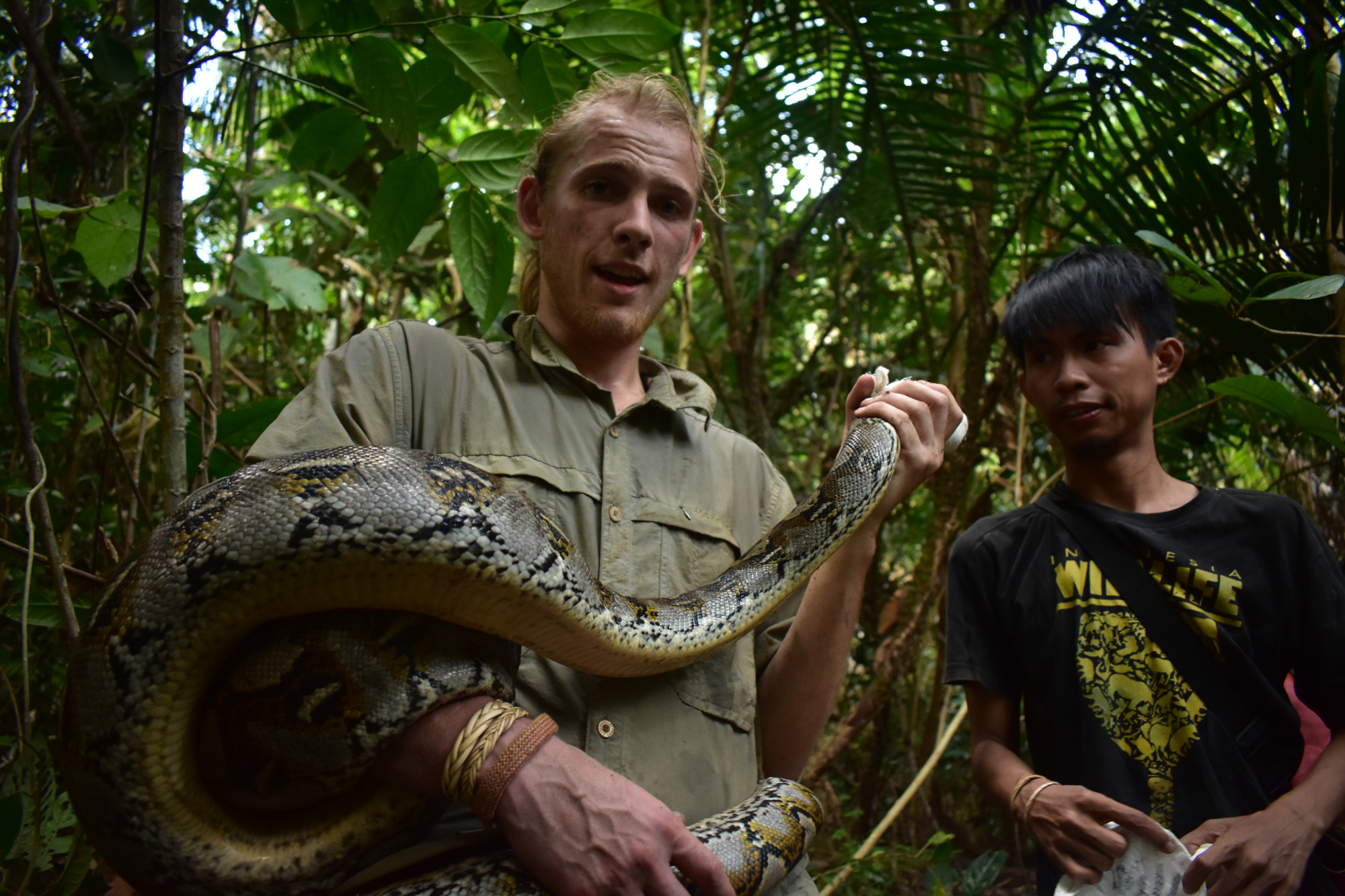