The art of taxonomy: how is a new species described?

Taxonomy (the science of naming of species) is of fundamental importance to both biologists and conservationists. Without taxonomy, we have would have no gauge on the diversity of life on this planet or the richness of different ecosystems, making most aspects of zoology, botany, and mycology, as well as any kind of conservation prioritization, virtually impossible to study.

The current system for naming organisms was put in place by the great Swedish naturalist Carl von Linné (better known as Carolus Linnaeus) in the mid-18th century, and in the last 250 years taxonomists worldwide have described more than 1.2 million species. This is an impressive number by any measure, although taxonomists still have their work cut out for them as approximately 87% of the World’s estimated 8.7 million species remain undescribed (although the question of how many species there are is hotly disputed, with other estimates suggest as many as 21 million species). Presently about 18,000 – 19,000 new species are described every year – a heroic effort from the relatively small number of scientists with taxonomic expertise – but even at this rate it will still take centuries to describe the richness of our planet in full. The gap between the number of species described by scientists and the number of species that exist is known as the ‘Linnaean shortfall’. With every passing year this shortfall becomes smaller, although a phenomenal amount of work needs to be completed before we become even close to closing it completely. 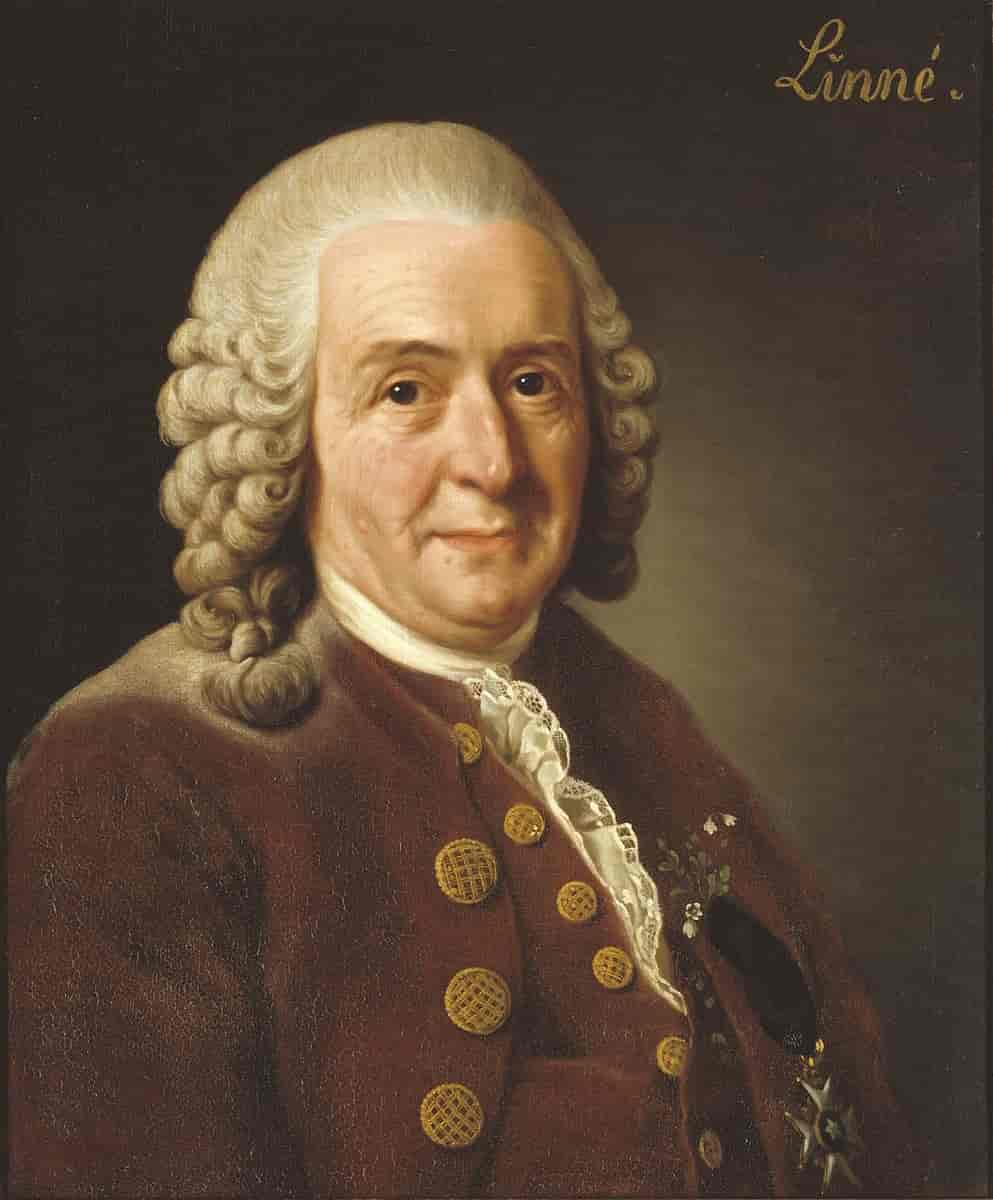 The Swedish Naturalist Carl von Linné (Linnaeus) – creator of the Linnaean system of species descriptions used by all taxonomists today.

Operation Wallacea scientists have made excellent contributions to reducing the Linnaean shortfall to date. So far 60 new species have been described from our sites around the world, including mammals, birds, reptiles, and a diverse range of invertebrates, plants, and fungi. But how do taxonomists actually go about describing a new species? This is often a very lengthy process that can potentially take years of painstaking work, but can largely be summarized in the following steps:

Taxonomy is fundamentally based on specimen collecting. With very few exceptions, a dead specimen (or specimens) is required to allow taxonomists to make a sufficiently detailed study to be absolutely sure a prospective new species is indeed actually new, and to ensure a physical example of that species is available to the scientific community for future examination. Amongst other things, this acts as reference material, which allows scientists to compare the specimen against future collections, and thus help establish if other specimens may be representative of new species as well. New species descriptions require a single ‘type’ individual on which the description is based (called holotype), and often several additional specimens showing variation in the species (called isotypes and paratypes). Most new species are described from species collected from poorly-studied yet species-rich tropical ecosystems, although new species can potentially be described from anywhere, especially now that modern genetic analysis is allowing for a more detailed understanding of diversity in superficially similar (or ‘cryptic’) groups. This is showing that in many cases what was previously thought to be one species is in fact several different species. An absurd example comes from the Kingdom Fungi, where a single lichen species turns out to be a complex of potentially hundreds of unrecognized species!

Step 2: Get specimens to a lab environment.

Getting freshly collected specimens from the field to a setting where they can be carefully prepared, examined, and stored is a key step in the species description process. Many undescribed species are found in tropical and subtropical countries, and wherever possible such species should be kept within their country of origin. However, it is sometimes the case that corresponding taxonomic expertise for a group of tropical organisms is concentrated in temperate countries, which can necessitate specimens to be exported from the country to which they are native. This is a tightly controlled process that must abide to international agreements about sharing materials (most notably the Nagoya Protocol), which may include a required return of “type” specimens to a collection in the country of origin. Long gone are the days of eccentric Victorian explorers grabbing whatever they like and packing it on a ship without any consultation to the country they took the specimens from! Taxonomists studying exported material must also take careful steps to avoid propagating “parachute science” in the countries the specimens are originally from, such as fully collaborating with local scientists in describing and other analyses.

Step 3: Examine specimens and make sure they are new.

Once held in laboratory conditions, a taxonomist can then begin the process of determining whether a species is new to science or not. This is a meticulous procedure that is often the longest part of the species description process, and typically the most difficult. It involves careful comparative analysis with specimens of closely related species, often supplemented with lab-based molecular phylogenetic analysis. In many cases, specialists from other institutions are consulted, and the taxonomist may need to request specimens on loan from other institutional collections for comparative analysis. Where appropriate, the taxonomist may also examine field-based data which can be suggestive of a species taxonomic status; for example, vocalization patterns in birds. It is this part of the process that requires the highest level of specialist skill – knowing what is ‘normal’ in a group of organisms, and how a specimen varies from this norm to the extent that it can be classified as a ‘new’ requires highly refined expertise. Sadly, such taxonomic skills are in decline for many taxa, and experts that are able to identify new species with certainty are becoming an increasingly rare resource. For example, only a handful of taxonomists are alive that have sufficient expertise to work on the Laboulbeniales — a group of microscopic insect-parasitizing fungi. 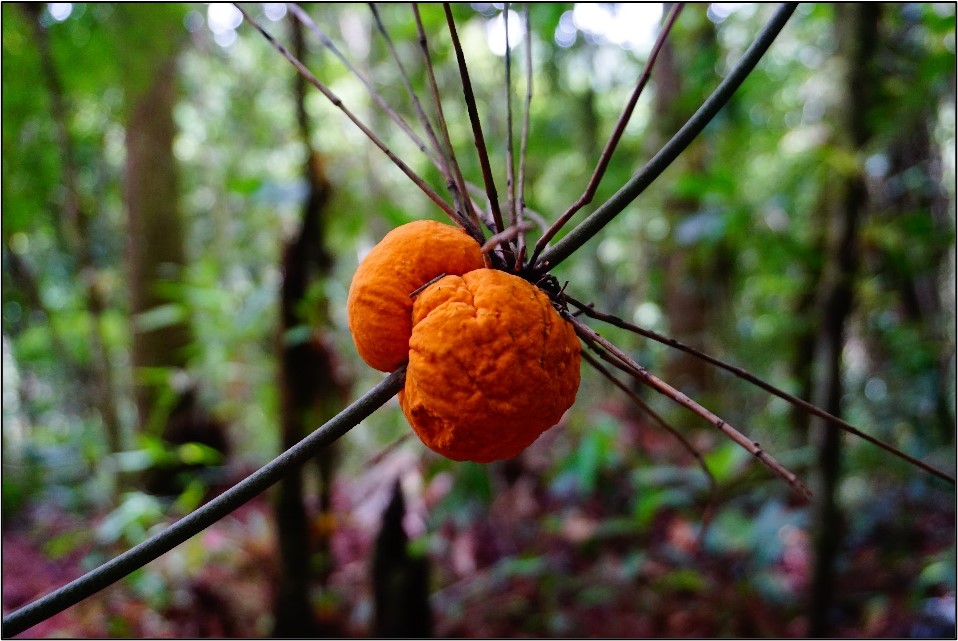 An as-yet undescribed fungus from Cusuco National Park, Honduras. Currently dubbed “Bamboo Brain”, it is believed to be a new species to science based on DNA data, but this will not be confirmed until rigorous morphological comparison with other closely related specimens has been completed. Photo: Danny Haelewaters.

Once a specimen is recognized as a new species, it must be given a name! There are a huge range of naming possibilities open to taxonomists – species have been named after celebrities, catch-phrases, and even the “Blue Planet” television show! Unusual names are, however, the exception rather than the norm, and taxonomists are generally encouraged to choose names which reflect the geography, ecology, or morphology of the species being described.

Step 5: Deposit the new species in a collection. Once described, the specimens now representing a new species for science must be lodged in an internationally recognized collection. These can be insect and mammal collections as part of natural history museums or herbaria for plants and fungi. There are several reasons why such collections play a central role in taxonomy. Firstly, these collections represent a secure depository where specimens can be kept in appropriate storage for centuries. Scientists today regularly need to consult specimens that are hundreds of years old in order to characterize their morphology according to today’s standards (and use them for genetics work – DNA has been successfully extracted from specimens dating back to the 18th century!). Secondly, institutional collections represent concentrations of taxonomic expertise. For many organisms there are only a handful of experts skilled enough to be able to make accurate judgements about whether a species in that organism group is new or not, and many of these taxonomists work at (or are affiliated with) a museum or similar specimen-storing institute. Thirdly, concentrating many specimens of similar organisms together (as in a museum collection) makes it much easier for taxonomists to compare a prospective new species against existing species in the same group, as this means they only have to examine material from a limited number of collections rather than chase down scattered specimens held by individuals who could be all over the World! The Natural History Museum in London, for example, curates over 35 million biological specimens, and thus can sometimes act as a “one-stop shop” for taxonomists looking for comparative material to base a new species description on. Similarly, the Harvard University Herbaria is among the most important collections around the world for plants and fungi with 5.5 million specimens. 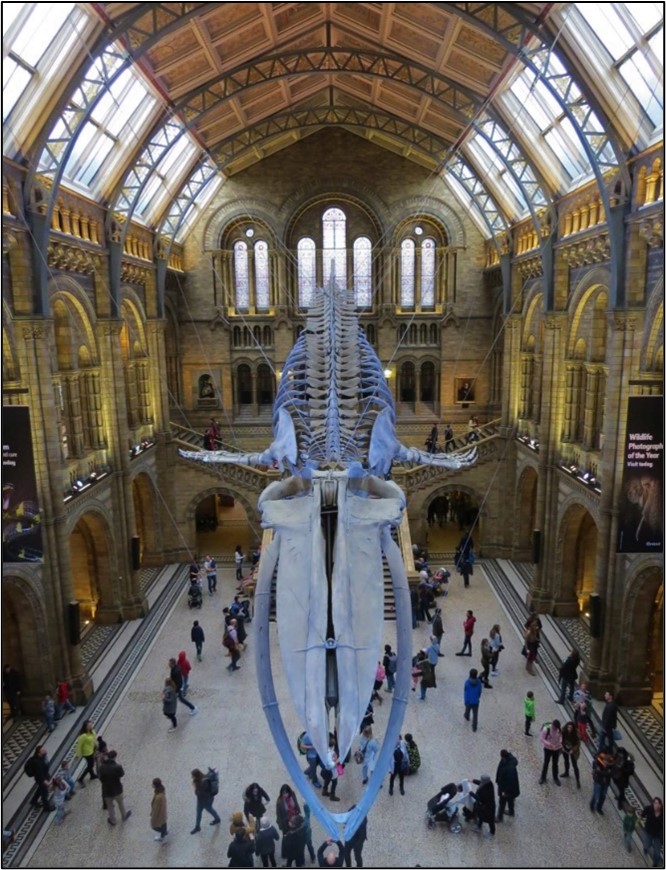 Step 6: Describe and publish the new species. When a taxonomist has compiled sufficient evidence to be absolutely certain a specimen represents a new species to science, they can write their findings up in a publication – typically a peer-reviewed journal, although other suitable outlets exist, such as specialist textbooks. The ‘description’ section of taxonomy articles tends to be fairly standardized, requiring commentary on a specific set of criteria that prove a species is new. This writing process (and subsequent reviews and corrections) can also be very time consuming. A wide variety of journals can be used as outlets for new species descriptions, including taxonomic “mega-journals” like ‘Zootaxa’, ‘Phytotaxa’ or ‘MycoKeys’ (which publish descriptions for any animal, plant or fungal species, respectively), or specialist journals that focus on very particular taxonomic groups (e.g. ‘The American Fern Journal’ or ‘The Coleopterists Bulletin’).

In summary, describing new species is a vitally important yet painstakingly detailed task, and the entire process – from collection a specimen to having the species formally recognized by an authoritative taxonomic body – often takes many years, a time frame sometimes referred to as the shelf life of a species. However, there are exceptions when the conditions are right – the organism in this study went from discovery to description in just over a week! The hard work required to describe any new species thus highlights what an achievement it is that taxonomists are still able to describe approximately 18,000 species a year – an effort the rest of the biology and conservation community is extremely grateful for!

Thanks to Dr Merlijn Jocque for his perspectives on this article