Fish play many roles on reefs, and can have important effects on corals and algae leading to changes on the reef itself. On Caribbean reefs (such as Utila’s fringing reefs) we see a high number of fish species, including groups like parrotfish that have a crucial role in grazing reef algae, helping provide space for corals to grow. However, on the shallow reefs this grazing role is shared between herbivorous reef fish such as parrotfish and invertebrate groups such as long spined sea urchins. At twilight zone depths, reefs extending below depths of 30m, we see far fewer long spined sea urchins than we do in the shallows, suggesting that fish may have a more important role in keeping algae at bay to allow corals to grow. 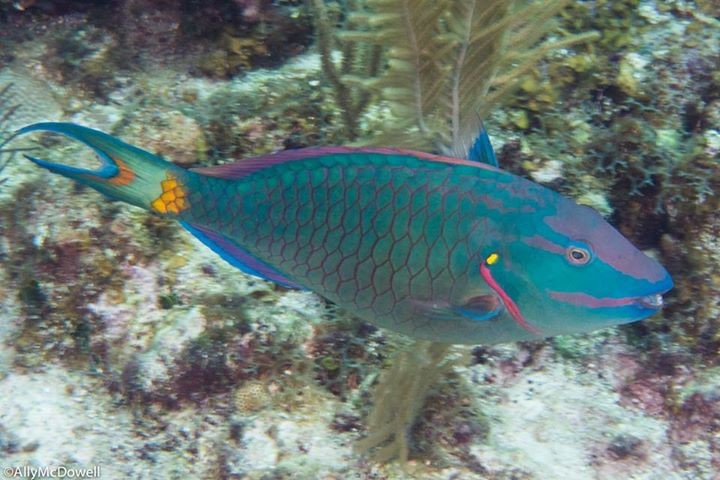 Parrotfish have a crucial role eating algae on Caribbean reefs, clearing space on the reef for corals to grow.

To better understand the ecological role of fish on twilight zone reefs, known as mesophotic reefs, we have set up long term experiments with fish exclusion cages. By using cages to keep fish off certain patches of coral and algae we are able test what happens to the reefs in the absence of many fish species and compare to adjacent patches of reef without cages. These experiments provide a small scale model for the impacts of overfishing on mesophotic reef habitats. By running these experiments over the next 2-3 years, we are looking at the changes in the proportion of corals and algae caused by fish removal. Of course, as with all experiments we have to have appropriate controls. For this experiment the presence of a cage will also affect light levels getting to the algae and corals, so we’re using cages with no sides to measure the impact of light reduction on reefs without removing fish. We’re also concerned that some of our cages may act as fish aggregating devices – fish like to hang out by structures on the reef! To address this we also have patches of reefs we are tracking further away from the cages so we can get good background rates of change on the reef. 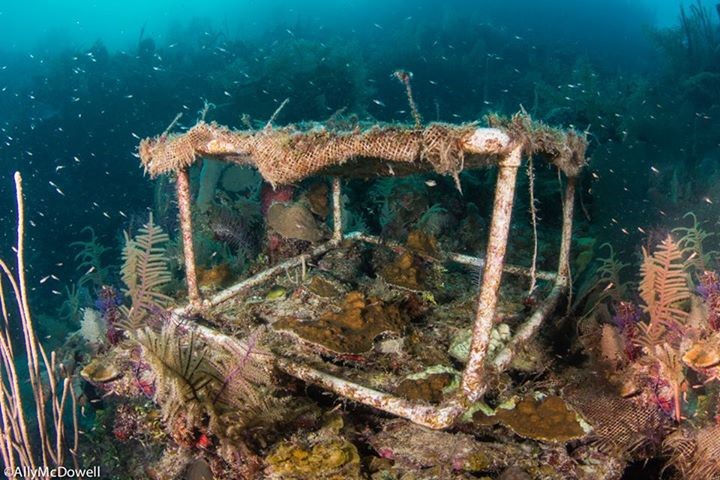 A control cage on the reefs of Utila. Cages without sides are used to control for the impact of light loss on the corals and algae within the cage.

You may think this all sounds like a lot of effort – and it is! So why do we do it? The importance of our work really hit home last week when chatting with representative of local organisations. They told me of people catching parrotfish on the reefs, on one of the most popular and heavily dived sites here on Utila. While this isn’t typical, most of the fishing around Utila occurs on the offshore banks, it’s also not that unusual to hear. Utila is within the Bay Islands Marine Park, however it lacks any no-take zone, the highest level of protection that reef fish can have. Instead, it has two small zones where fishing is restricted to hand lines only, but most of the reefs around Utila are completely open to fishing. By understanding the ecological role of fish in maintaining healthy reefs we can provide better justification for the local NGOs here on Utila to argue for increased reef protection and better, more sustainable reef management particularly of mesophotic reefs. 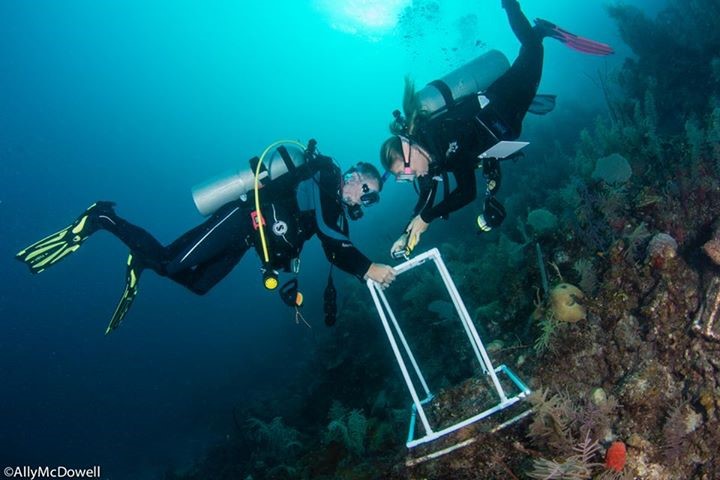 Prof. Alex Rogers and Anna East assessing changes in coral and algae growth under one of the cages.