Using data collected throughout the summer season and beyond we’re interested in understanding differences between the reef fish we find on shallow and twilight zone (mesophotic) reefs. Specifically we are trying to understand the ecological roles of reef fish on mesophotic reefs, and how their populations may be connected to shallow reefs. 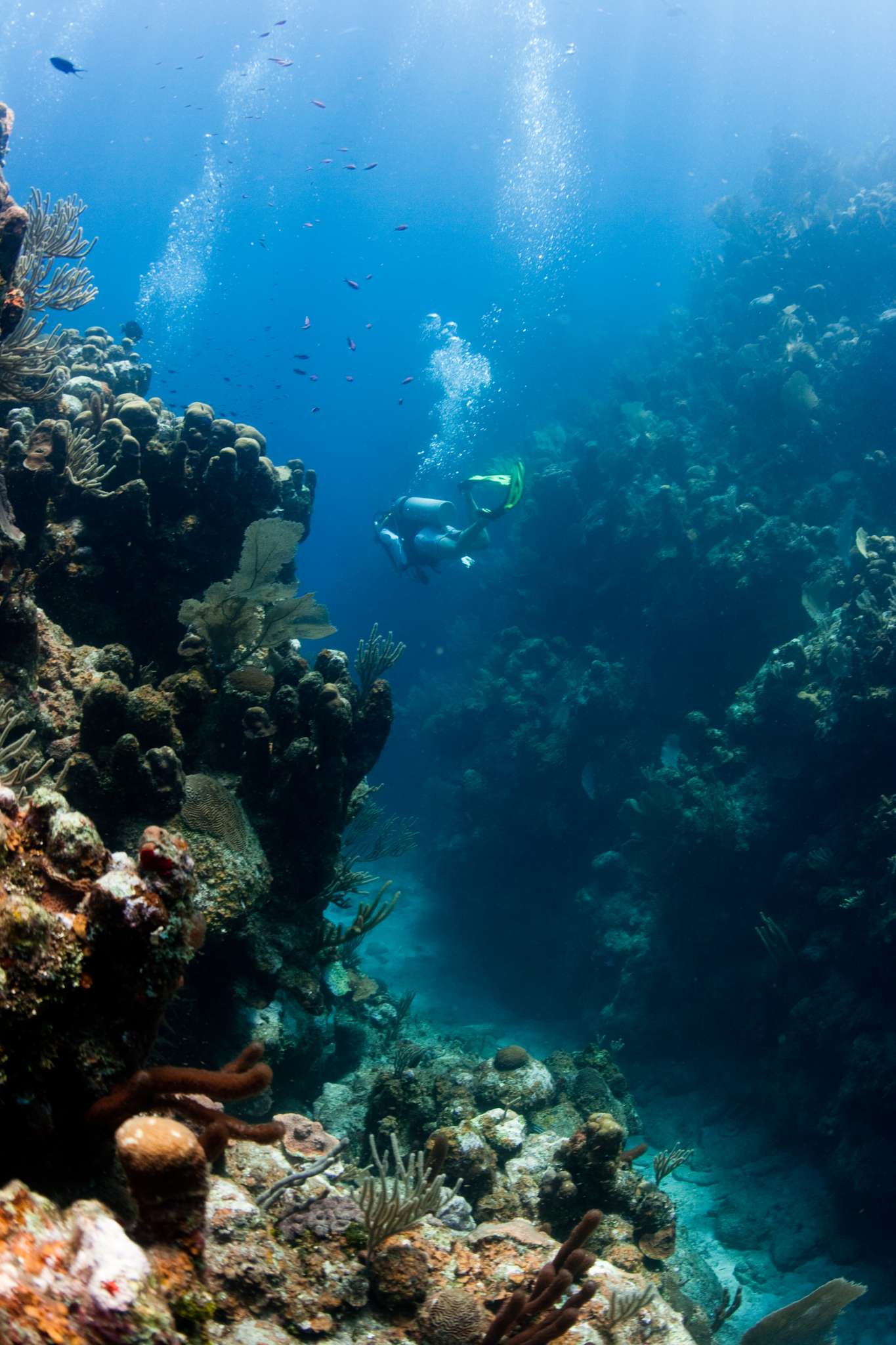 Many fish species in the Caribbean exhibit migrations from shallow tropical marine environments to deeper habitats as they get older, known as ontogenetic migrations. In most fish species, older, larger females produce more eggs when spawning than younger, smaller females. This means that for species with ontogenetic migrations, the individual fish we see on the deeper reefs may contribute more offspring to the next generation than fish we see on shallow reefs.

Ontogenetic movements have been seen in many native Caribbean reef fish families such as snapper and parrotfish. They’ve also been observed in invasive fish species such as lionfish. While some of the ecological theory still has to be worked out, it’s generally accepted that ontogenetic migrations are the result of two trade-offs that fish face – food availability and the risk of being eaten (predation risk). Young juvenile fish tend to stay in shallower tropical marine habitats, such as back reefs, mangroves and sea grass beds because there are fewer predators here that might eat them as well as lots of shelter to hide within. However, as they grow bigger they become less at risk of being eaten, and so are able to take advantage of food resources available out on the reef slope. Therefore we see individual fish moving to less protected habitats as they get older. Other scientists have even shown that reefs that don’t have mangroves and sea grass beds associated with them have different reef fish communities to those that do, likely because some young fish that require mangroves and sea grass beds for protection in their early life stages are unable to survive there. 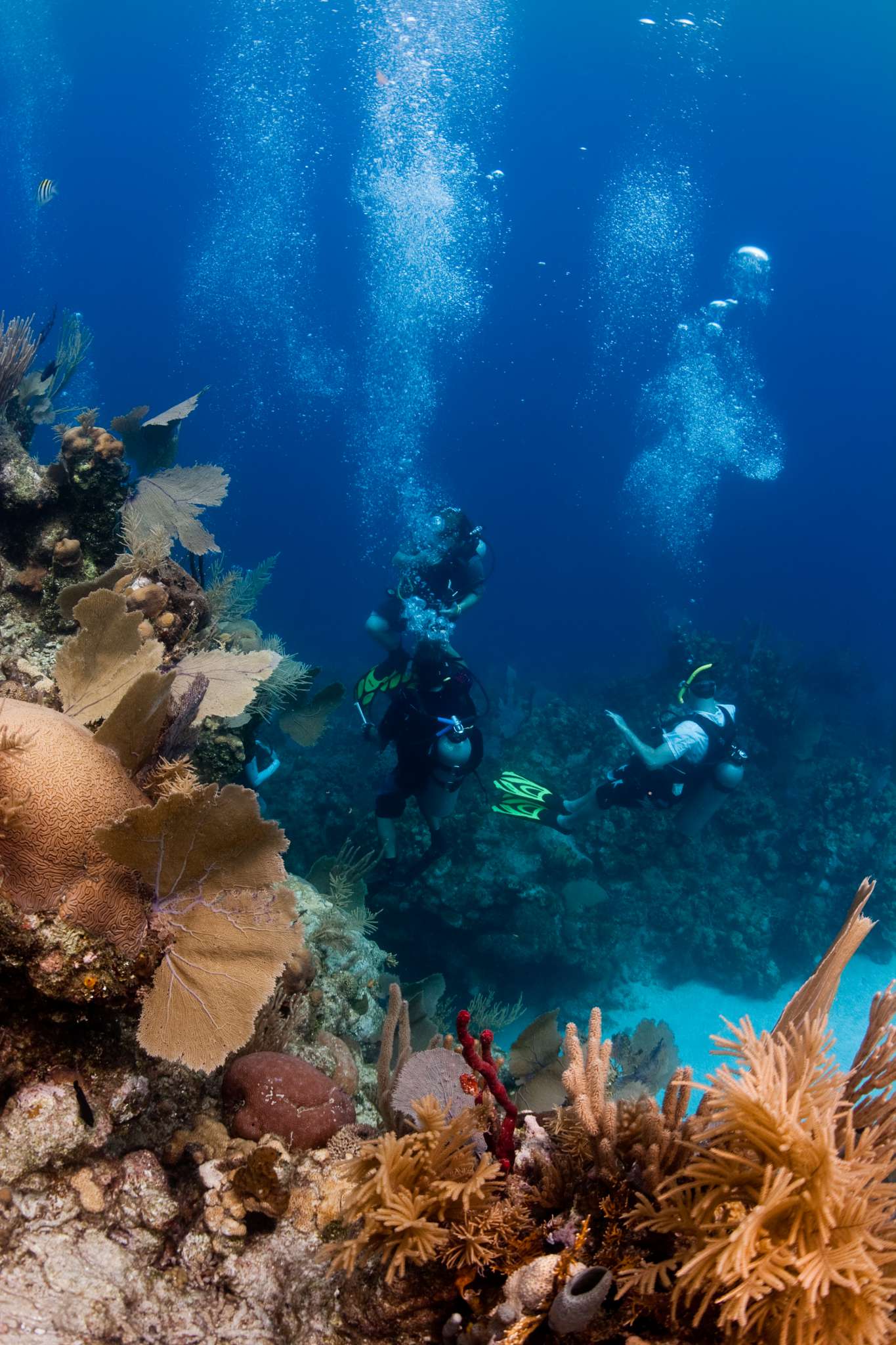 On Utila we’re using diver operated stereo-video camera systems to survey the reef fish communities from shallow reefs down the reef slope to 85m. Stereo-video has many advantages for this type of work, such as relatively quick transect survey times, but a key advantage is the ability to get accurate fish body lengths. By studying how many fish of different body sizes we find at different depths we can make inferences about which fish species are likely to be undergoing an ontogenetic migration, and how deep this migration goes.