We know coral reefs are degrading at an alarming rate. They’re becoming less complex and ultimately disappearing due to the effects of climate change, acidification, overfishing, and pollution. Despite covering less than 1% of the ocean floor, coral reefs support 25% of all marine life. They are fundamental to sustaining human life. While we must reform destructive human activity; at the same time we must learn how to effectively restore reefs before entire ecosystems become extinct.

Last summer our science team spent a lot of time studying the coral reef ecosystems off the island of Utila. We accomplished a wide range of research objectives, from studying the effects of sediment on the reef to dissecting lionfish to better understand their distribution on the reef.

We needed to dive deeper and stay under water longer – well beyond the limits of traditional SCUBA diving – to study reefs below 40m, so our team from Oxford became the first UK research team to use rebreather technology for scientific studies.

My focus was studying the correlation between reef structure and the health of its dependent ecosystem.  We set up an experiment to test whether coral larvae prefer to settle on one 3D structure or another. We created over 200 coral settlement tiles by casting concrete in 3D-printed mounds. We placed the tiles on the seafloor and will collect them next summer for analysis.

The study will help us better understand how the reef’s base structure influences the marine communities that settle there. The objective is to determine what structural characteristics best support the healthiest ecosystems at different depths and environments, so we can most effectively restore or rebuild damaged or destroyed reefs. In essence we want to mimic the best effects of nature in restoration.

We’ve a more ambitious agenda planned for next summer’s fieldwork, so I’m looking forward to an incredibly productive 2016! 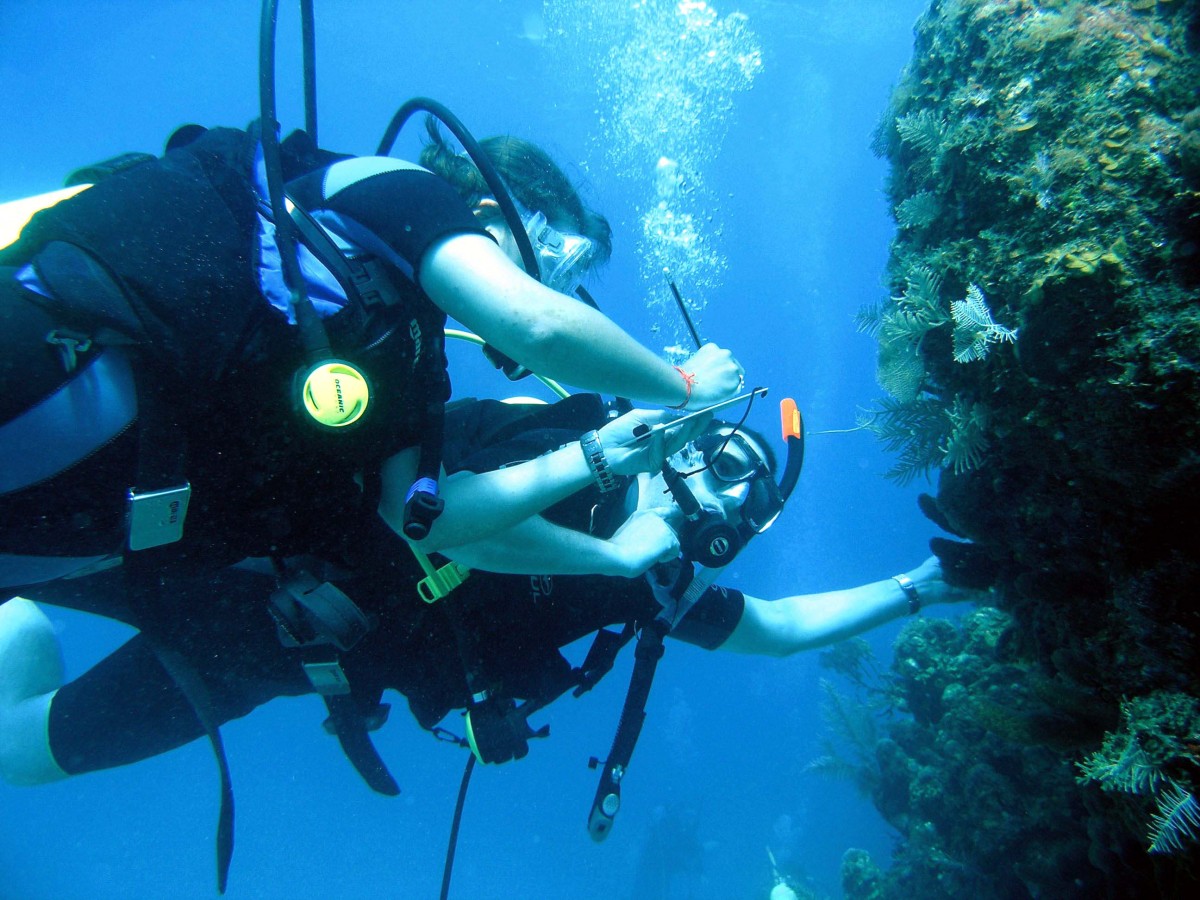