Written by and Photos Courtesy of Victoria Wilmott

In July 2017 myself and fourteen other A-level students signed up to join Operation Wallacea in the rainforests and seas of Honduras in Central America, for what would be one of the most challenging and rewarding adventures of our lives. Operation Wallacea is a charity focusing on conserving the endangered ecosystems of the world and invites students from all over the world to learn how their scientists’ research is protecting our biodiverse planet. 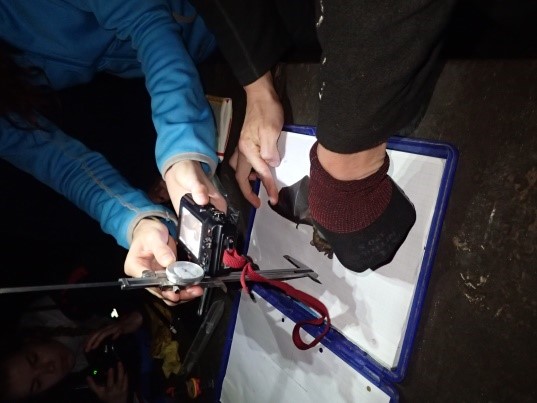 The first week took place in Cusuco National Park where after a bumpy ride up to the cloud forest in the back of a pickup truck (of which most of it was spent wondering just how qualified you had to be to drive in Honduras) we were thrown right into it with a five-hour uphill trek to the satellite camp Cantiles. (The main bulk of the research took place at the satellite camps, then data was analysed at base camp). Cantiles was the bare basics with the trench; Zona De Caca (of which we’d been told a snake had been found in earlier on that week) as a toilet and to brush our teeth there was a spitting hole in the ground and to shower we had a waterfall (to say it was cold is a massive under exaggeration). Here we spend the next three days swabbing and measuring frogs and lizards, examining beautiful jewelled scarab beetles caught in light traps and catching tropical birds for tagging. We also had a few encounters with snakes with Mrs Whitehead almost sitting on the very venomous Timbo on the first day and most were able to hold a Green Racer (which was only slightly venomous we were reassured). Before we knew it, we had another five-hour (thankfully down-hill this time) trek back to base camp, which we considered to be luxury as now we had actual toilets and the spitting hole had been upgraded to the spitting bucket. At base camp, we were able to take part in activities such Canopy Access where we climbed a 100ft tree to see the part of the rainforest preserved only for the birds and monkeys. 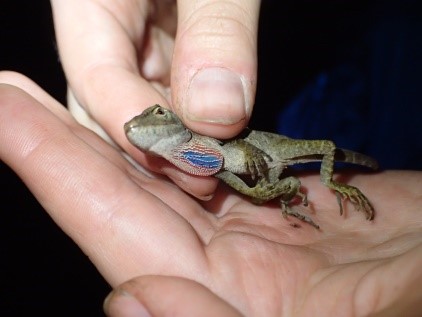 For the second week, we left the creatures of the jungle and travelled to Roatan, a Honduran Island where the marine part of our journey would take place. Our days were spent getting our PADI scuba qualification, watching cheesy theory videos in the morning, learning skills in the crystal blue sea in the afternoon. We had a glimpse into another world, and were able to see turtles less than a metre away and witness sting rays glide across the sand.

One of the main things I loved about this trip was that Opwall made us feel like we were making a difference to preserve the phenomenal ecosystems we interacted with. However small, together our school and all the others that took part this season helped fight the disappearance of species in these environments. It also taught us how interlinked everything on the planet is, if one thing goes, the entire biosphere is affected so it’s vital that humans conserve our world before its too late. A big thank you to Mrs Whitehead and Mr Pickering for taking us on this adventure, it was an opportunity of a lifetime.