Utila is one of the larger marine sites offered by OpWall. What makes it special for us is that the North shore of the island is on the continental drop off = deep. Couple that with a shedload of dive centres on the island, meaning a well developed dive infrastructure complete with recompression chamber, and you have a rare chance for some proper exploration! 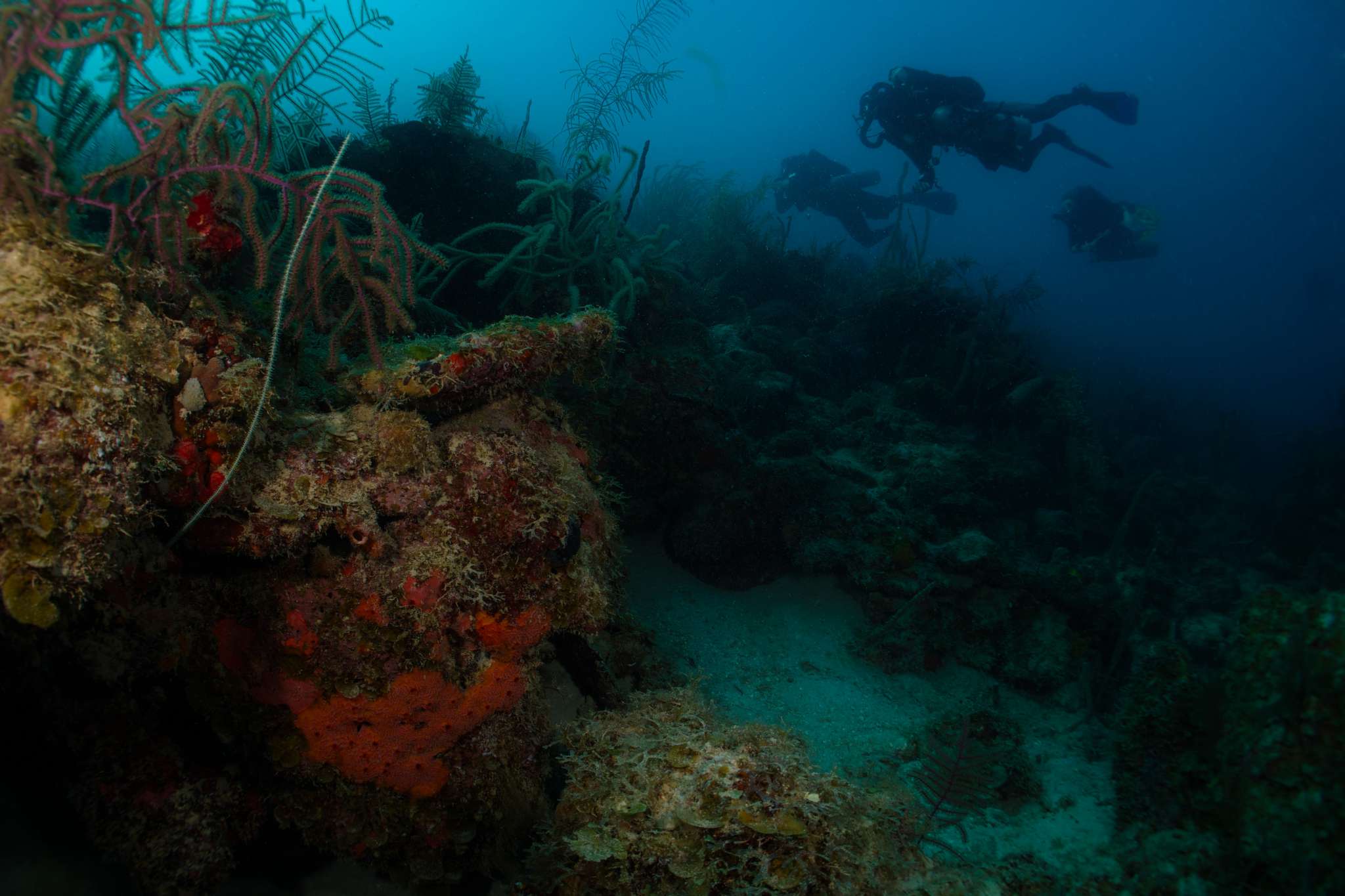 Summer 2015 saw a team of scientists descend on Utila with technical dive training. Our exploring didn’t need machetes to hack back at jungle vines, instead we used helium to dive deeper than recreational limits allow. The rebreathers we used recycle gases allowing us to dive for up to 4 hours at a time and cleverly managed gas concentrations and decompression stops to avoid the bends. The team spent the summer exploring the little known ‘Twilight zone’, beginning at 30m and ending with the last photosynthetic corals (for Utila around 85m). Team members stayed after the field season reaching as deep as 95m before downing tools. We had very little idea of what we would find! 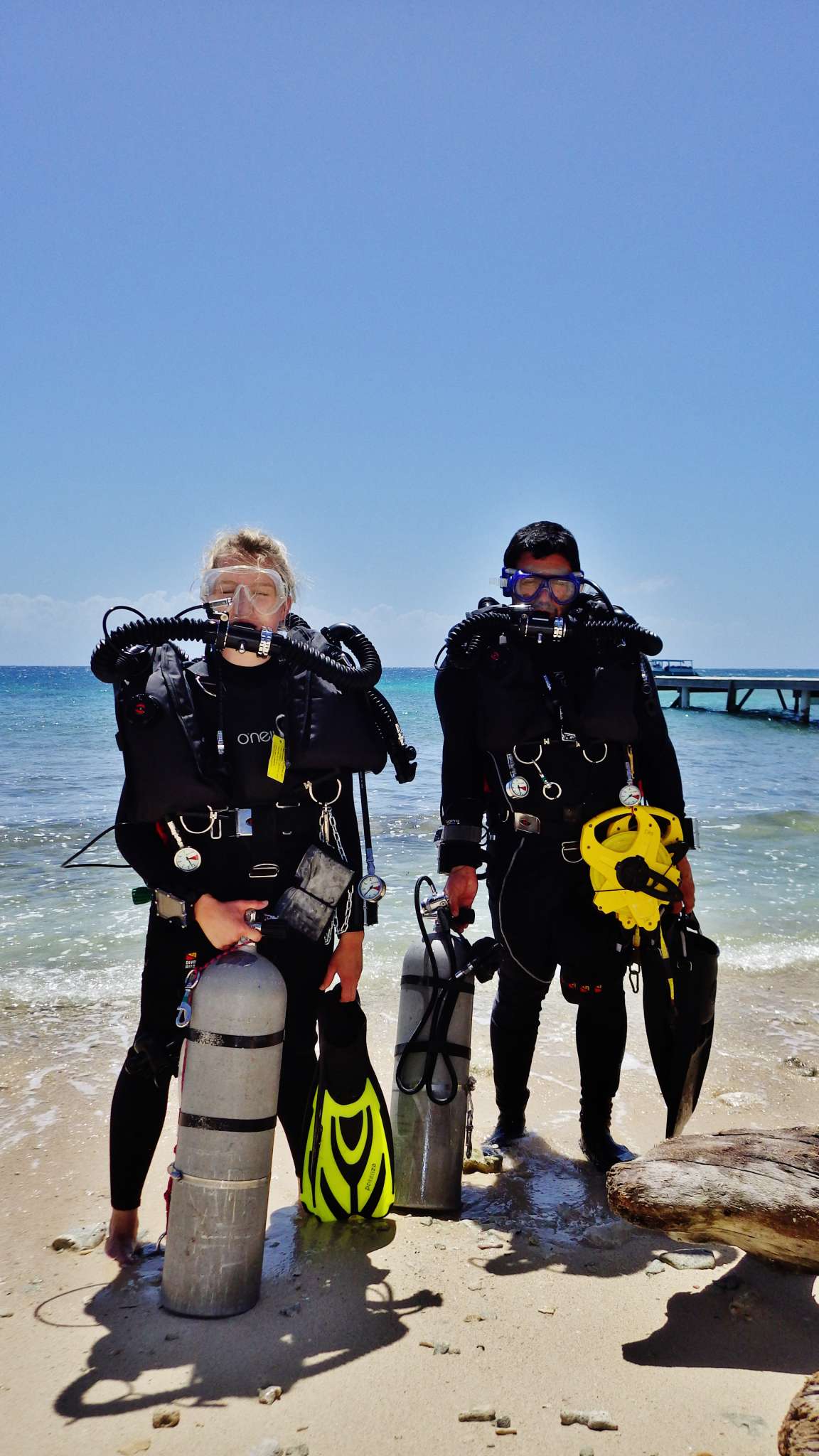 But why are we trying to look at these deeper reefs? Well aside from not knowing a huge amount about just what is down there, the main idea of interest was the Deep Reef Refugia Hypothesis. A lot of pressures damaging shallow reefs may decline with depth; things such as rising sea surface temperatures, sedimentation and storm damage. If a shallow reef is damaged, but a twilight zone reef nearby remains healthy, the deeper reef may provide offspring to fix the damage in the shallows. 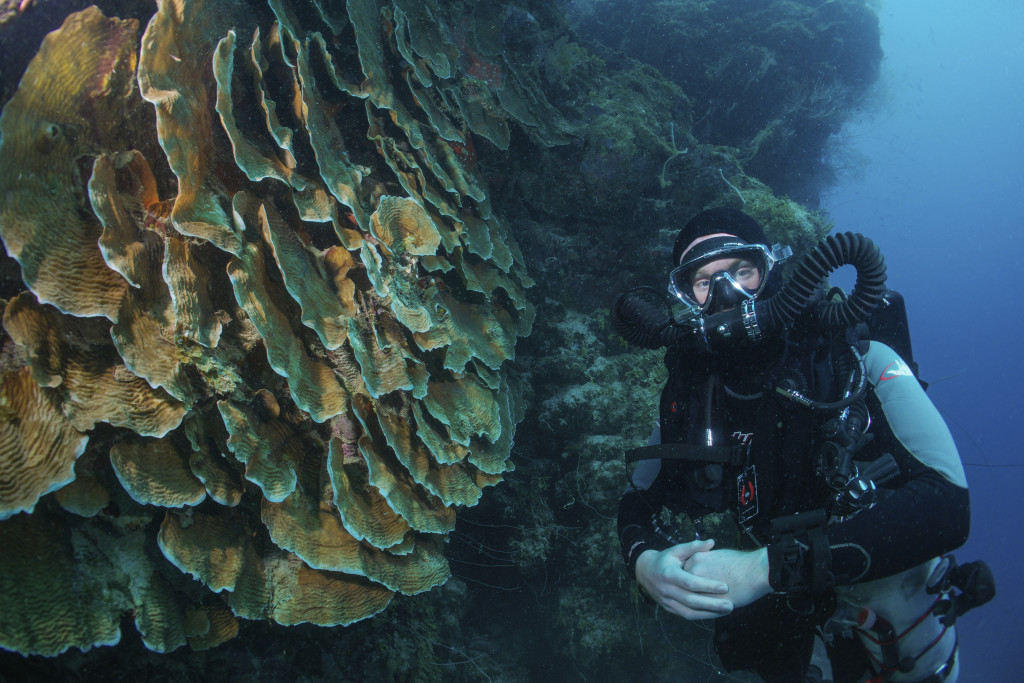 To understand whether this idea is true, research conducted by the team ranged from:  documenting the species of the twilight zone and how they differed to the shallows, through coral physiology under low light conditions to the herbivory effects of fish at depth.

Answers to these questions are now being worked out from piles of video data and lab analyses. What we already saw at depth included: large beds of plating corals, a 12 foot long hammerhead, turtles as deep as 60m, Nurse sharks at 85m (along with a new wreck) and to cap it all… lots of dropped weight belts and dive paraphernalia by tourists. Who knew you can go shopping 85m under the sea!

The Reef transition at the MazeHere’s a virtual descent at the Maze, filmed over several of our north shore dives. This is what our tec divers were faced with as they descended through transect bands from 5m to 85m. Clearly video lights are needed on future expeditions!

To see more photos and videos of what the team got up to, visit their facebook page – Thinking Deep