Guyana – What big EARS you have!

Bat netting began with a bang at Turtle Mountain for the start of the 2017 Opwall monitoring at Iwokrama Forest in Guyana.  The first night we caught 10 bats representing 9 species – that’s almost the highest species diversity measure possible.  But then the rain and mud took over.  In the previous 6 years of surveying at this site, the bat sampling grid has been high and dry but now half of it is flooded with water from the nearby swamp.  It rained heavily every day and the thick cloud coverage meant the sun had trouble keeping up with drying things out.

Monitoring biodiversity in the tropical rainforest can be arduous and unglamorous work, but the accumulating baseline data set will be valuable information for tracking changes to not only Iwokrama Forest but also the global environment.  Guyana’s Low Carbon Development Strategy (LCDS), in collaboration with the financial assistance of Norway, supports the United Nations climate change initiative of Reducing Emissions of Deforestation and Forest Degradation while conserving and monitoring species diversity (REDD+).  The Opwall project, including studies on bats, birds, beetles, reptiles, amphibians, and forestry, is establishing biodiversity databases for pristine lowland forest in South America that will be important for comparisons to future changes in the ecosystem.

The bat study involves collecting data on species diversity and relative abundance.  Standardizing the field methodology enables us to compare among the six sampling sites and from year to year.  Each evening, we walk the bat transect grid multiple times to check the nets from sunset to midnight.  While slowly wading through the flooded forest of Turtle Mountain with water just below our rubber boots (or above for some unfortunate people), bats that are caught are untangled and brought back to camp for data recording and species identification before being released.

On our fifth and last night of surveying at this site, the activity started slowly with only one bat caught on the first net check.  But what began as a routine closing of the nets at midnight had a pleasant surprise.  The bizarrely ornamented sword-nosed bat (above photo) with the tongue-twisting scientific name of Lonchorhina inusitata was captured in the nets.  The common name of this bat aptly describes this species and over-shadows it’s equally large ears.  These prominent facial features help to identify this bat, but also give us clues to some of the mysterious behaviour of the only group of mammals that fly.  The ears pick up sounds of stationary insects such as katydids and beetles making mating calls.  Then the bat swoops in like a hawk using its long noseleaf structure to direct the ultrasonic echolocation signals to zero-in on the unsuspecting prey.  The bat snatches the insect with its sharp teeth and continues flying off without missing a beat.  The sword-nosed bat represents the 48th species caught during the Opwall monitoring project focusing on the forest understorey faunal community.

Both the number of species and individual bats at Turtle Mountain is relatively low compared to other survey years.  The daily rains and flooding have had an effect on the biodiversity measures.  Incorporation of the weather data will give us insight into correlation with the bat data.  After seven years of the monitoring study at Iwokrama Forest, we have found substantial amounts of background variation in the tropical rainforest that will be important information for distinguishing between natural and human-induced changes that may occur in the future to the ecosystem. 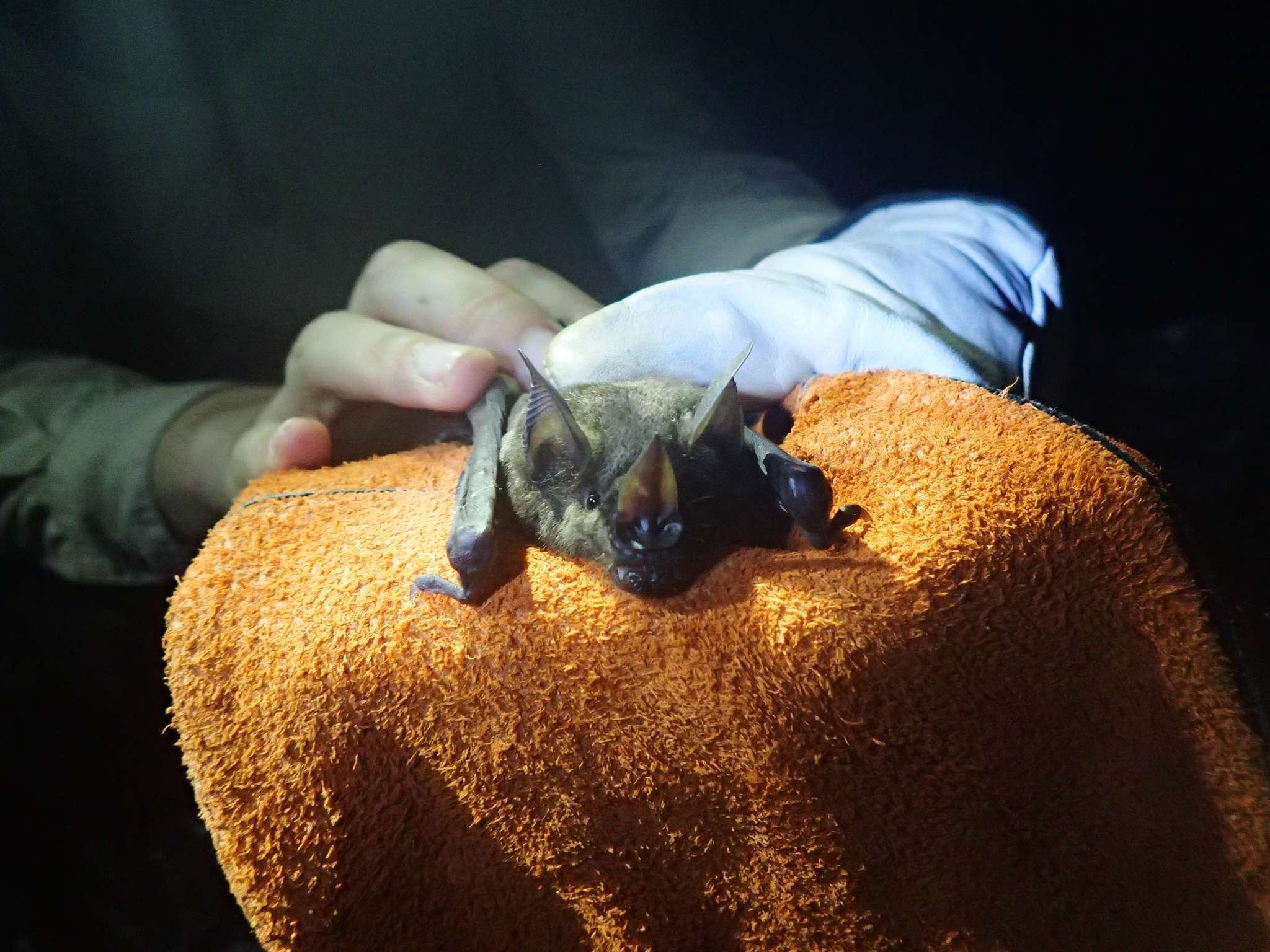