Guyana – We liked it, so we put a ring on it

The Opwall Guyana bird team had a very successful season, logging more than 2000 net-hours and capturing 307 birds of 59 species.  Our ringing protocol, initiated in 2014, is starting to pay off with some interesting data, since our recapture rate more than doubled from 2015 to this year!  This will allow us to assess population turnover along our study transects, and also to get photo documentation from marked individuals over time, which can contribute to the refinement of criteria used to age birds in the field.

Our list of 59 species was similar to those of previous years, with White-crowned Manakin (Dixiphia pipra) again taking the top spot for number of individuals captured (44).  Manakins are generally one of the most frequently captured birds in Neotropical ringing progams, due to their tendency to fly low between fruiting shrubs in the understory, sometimes covering long distances.  Our captures of White-crowned Manakins are enhanced by many young birds, which we presume fledge near the beginning of the rainy season in early April.  Although we have ringed many of these young birds since 2014, we have yet to recapture one – all of our recaptures are of birds originally ringed as adults.  We don’t know where those young birds go! 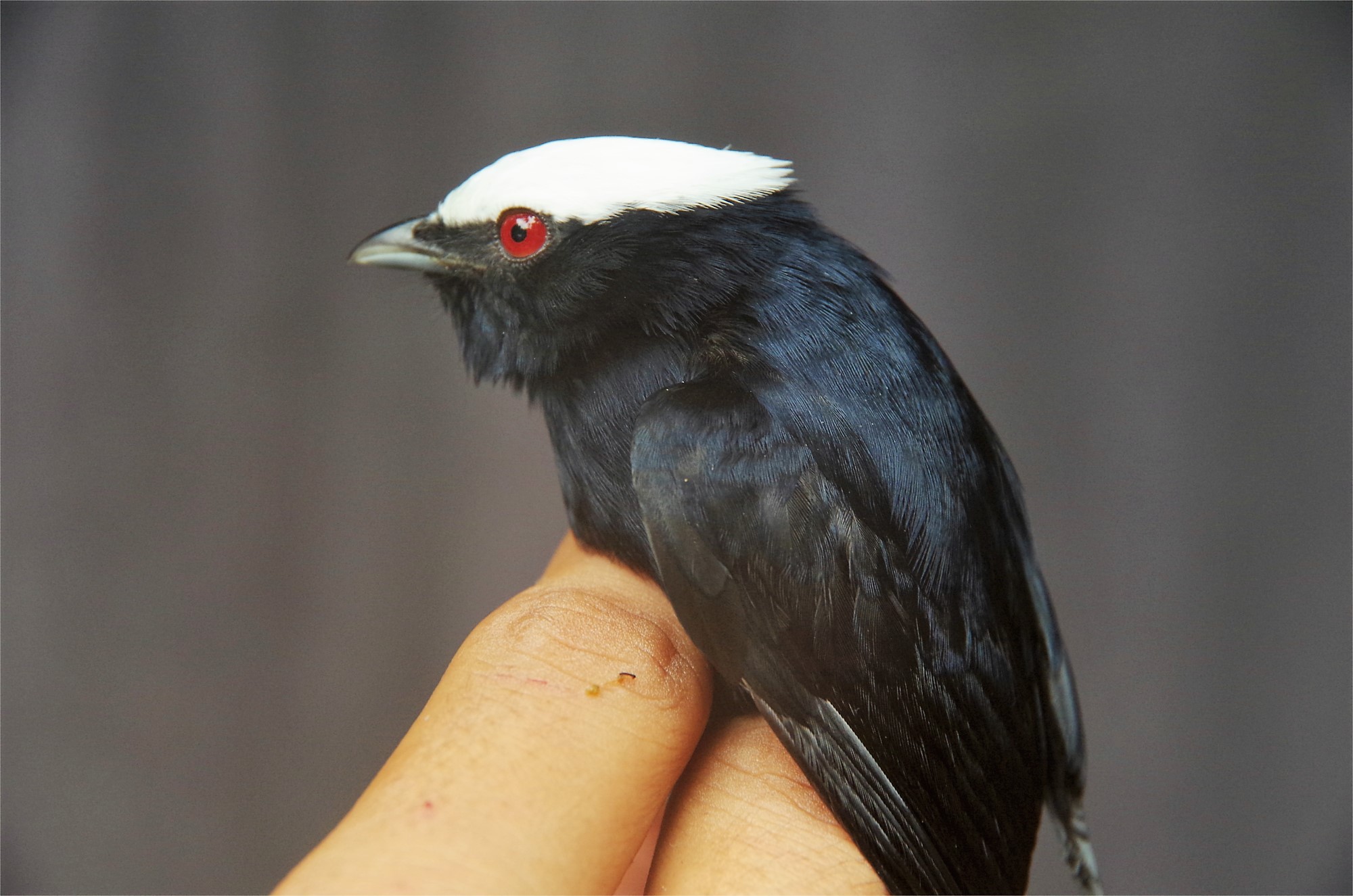 We did have a couple of surprises this year – perhaps the biggest one was our capture and ringing of a Gray-winged Trumpeter (Psophia crepitans), a highly social, crane-like bird of deep rainforest understory.  We also captured our first-ever Slaty-backed Forest-falcon at our Rock Landing camp. 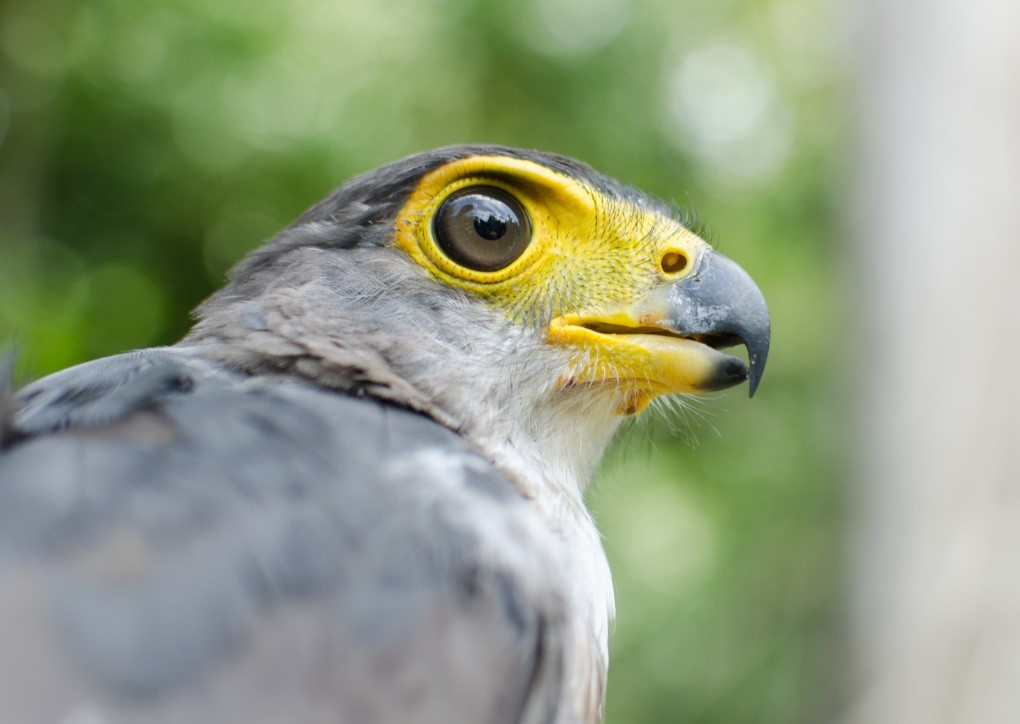 Our mist-netting surveys were supplemented by dawn soundscape recordings to document a wider range of species than we can capture in nets.   We are still analyzing the recordings to see if they picked up any rarities that we might not have detected during our brief stays at each site.