Our shapes were already blurred by dusk by the time we were loading the canoes. We fumbled to pack rucksacks, whiteboards, buckets, and nets into a sturdy wooden canoe, flanked by a small group of young men from the Sani community. Hopping in, knees tucked under our chins, we glided away from the dock in the growing darkness, with nothing but the sound of paddle strokes to break the chorus of frogs that warned of our passage. We stared upwards as the trees thinned, revealing a moonless sky that seemed overfull with stars. As the night deepened, the Milky Way splayed out above us, mimicked down below by fireflies that danced across the viscous dark waters.

The sky melted into the lagoon. Then, once again, we ducked under the canopy, losing the starlight among the twisted branches. As we flicked on our head torches, the red eyes of floating caiman shone between the trees. For hours it seemed,  though it could have been minutes, we paddled through the darkness, advancing slowly into the heart of the Amazon. The next few days would be a flurry of preparation, so we had just this magical moment of stillness as we dwelled on the season ahead.

Almost thirteen hours after leaving Quito that morning, we landed at camp, dragging bundles of supplies up the muddy walkway to be sorted in the morning. Piling into tents, we left the day of travel behind and settled into the sounds of the jungle.

In a twist of fate, our first week turned out to be the one of largest groups we would have all season. Two schools, one from California and the other an international school from Beijing, met Freddy and I at the San Carlos Hotel in Quito. The students were bursting with a nervous energy that sent them sprinting off around the large hotel grounds as the teachers sat down to discuss concerns like mosquitos and dietary restrictions. Feeding five vegans in the middle of the Amazon rainforest would be challenge number one. Challenge two: getting them there in the first place.

Luckily, the eleven-hour journey was uneventful. We landed at camp as the dark closed in and soon the students were settled into tents, chattering away about the spiders, the mosquitos, and the (at the time nonexistent) snakes. This group was gregarious, enthusiastic, and occasionally boisterous. Students took a deep interest in the staff’s work, finding ways to ask questions about their lives, their research, and their specialities at meal times or in down time after survey. It was not unusual for students to ask permission to head out on an extra night survey to find snakes or large moths.

Over the course of the week, our herpetologist Ollie captured and processed a rainbow boa (Epicrates cenchria), an Amazon tree boa (Corallus hortulanus), and a dwarf iguana (Enyalioides cofanorum), as well as a host of amphibians, including salamanders and poison dart frogs. Our other scientists began surveying their transects, planning for the rest of the season.

Despite several days of drenching rain, the US and Beijing groups were positive through every survey, holding up ponchos and jungle leaves to cover the quickly-disintegrating data sheets. We made the most of damp afternoons through medical trainings, impromptu Spanish lessons with the guides, and even a pop quiz on the week’s lectures.

There was never a lack of energy (might we say, there was occasionally even an overabundance), so both students and scientists were kept busy throughout the first week at camp.

We were excited to bring in our first group of Scottish students, who were eagerly waiting for us at the San Carlos when we arrived. After two years of planning and fundraising, this group was particularly thrilled to be in Ecuador and were buzzing with questions about our trip into the jungle. Most of the students were cautiously curious about what kind of creatures (i.e. spiders) we might see; within minutes of arrival, they had discovered a wandering spider in the platform roof and several large cobwebs attached to the tents.

This group turned out to be patient, quiet, and very sweet. They committed to filming a video of everything they did that they would present to all of Glasgow to raise awareness for Amazon conservation. Over the course of the week, many of the students came out of their shells, overcoming fears of ants, moths, and snakes to head out consistently on survey with smiles on their faces.

The week was punctured with great news: Sean McHugh, our mammal scientist, captured the first ever photo and video of Bush Dogs (Spethos venaticus) at Sani Isla! The students crowded around as we celebrated the short video of two individuals clearly walking across the screen. After two years chasing South America’s most elusive mammal, Sean was elated to not only to detect the species in the reserve, but also educate others about this poorly-studied canid.

We ended the week on a high note, visiting the community during their soccer championships and even having a chance to play a bit as a group against some of the local boys. Back at camp, we discussed the importance of involving local indigenous communities in conservation efforts like Opwall and the students and teachers were quite moved by the work that is being done here. After a few tearful speeches, we closed out our second week and prepared for round three. 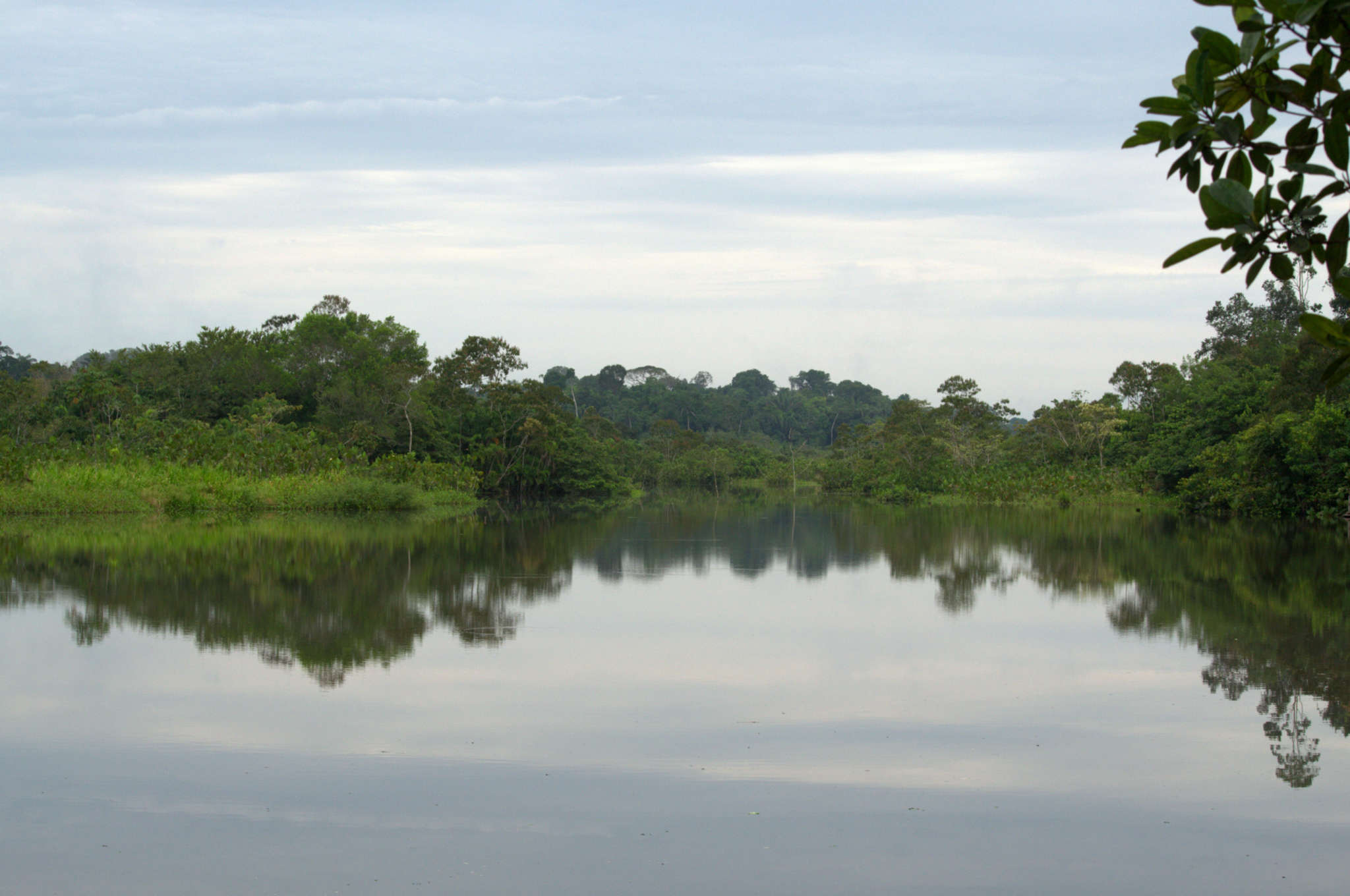 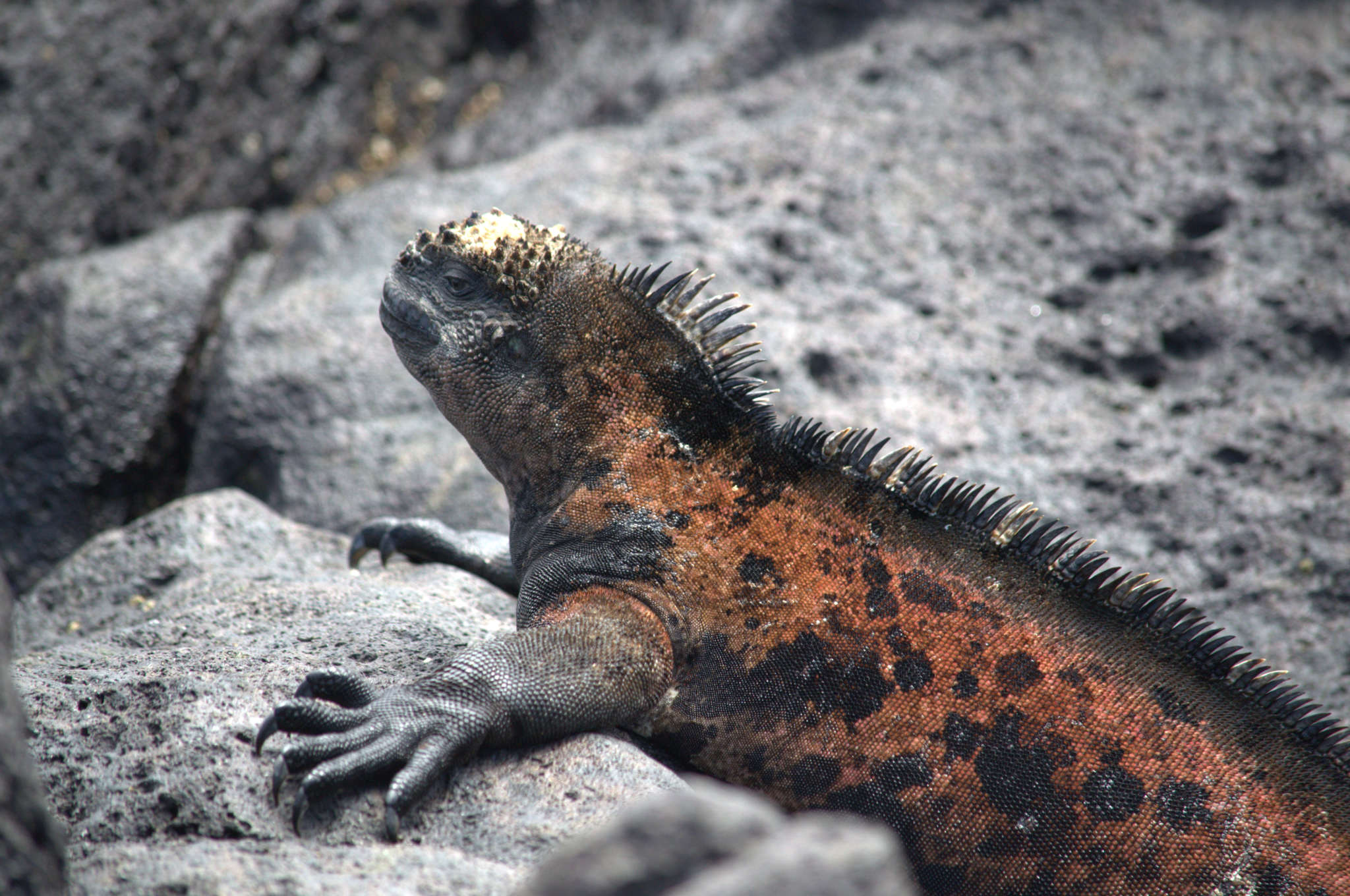