It was the last night in camp for the week and everyone was making the most of it – learning the Poco Poco and getting their handmade rattan bracelets before the trek out the next day. The music was playing, and everyone was occupied. All of a sudden, I heard yelling and then everyone stopped dancing and ran over to the river running through camp. Sitting in the water with its head on the bank was a huge reticulated python. I have no idea how long it was sitting there before it was seen but it was certainly stealthy in its movement. Everyone rushed over to have a look, some in horror and others in awe. After a lot of Indonesian yelling, the snake was grabbed, and its mouth secured with tape. Once that had been done it was hauled up onto the ground so that we could have a better look and Sadie, out resident herpetologist, had the honour of measuring the snake. It measured nearly 6m from its mouth to its tail, easily earning the title of beast. With about 8 people carrying it, the snake was brought down the river and released into a deeper part of the river away from camp. The camp was buzzing afterwards, everyone was talking and laughing and the adrenaline was so high, curfew had to be extended. Once the excitement and distraction of the python was removed, a civet was discovered raiding our kitchen! Not confirmed, but the python and civet were potentially in cahoots. Either way, the python wrangling was followed with a bit of civet chasing as it ran through camp. Last night in camp never disappoints! 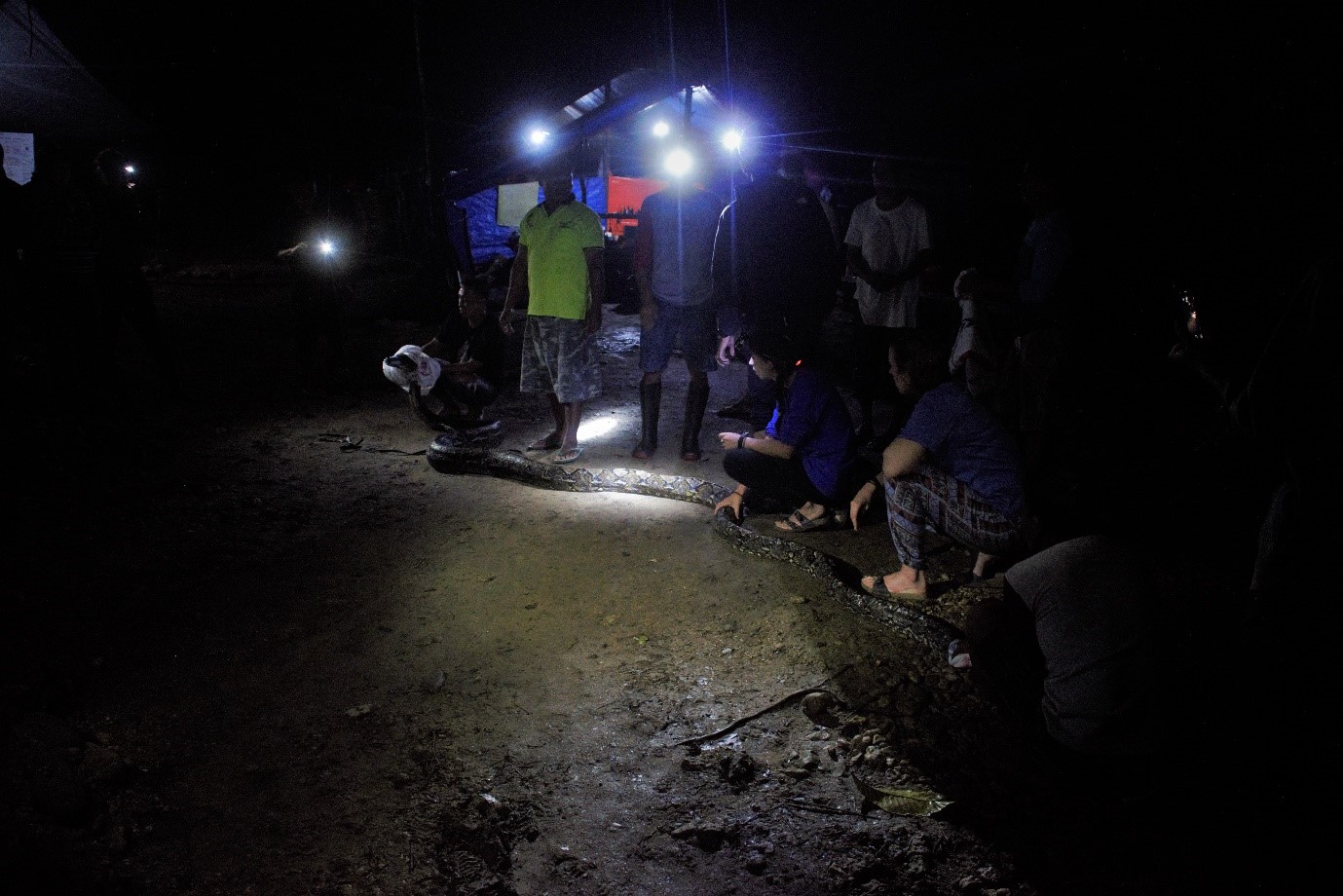 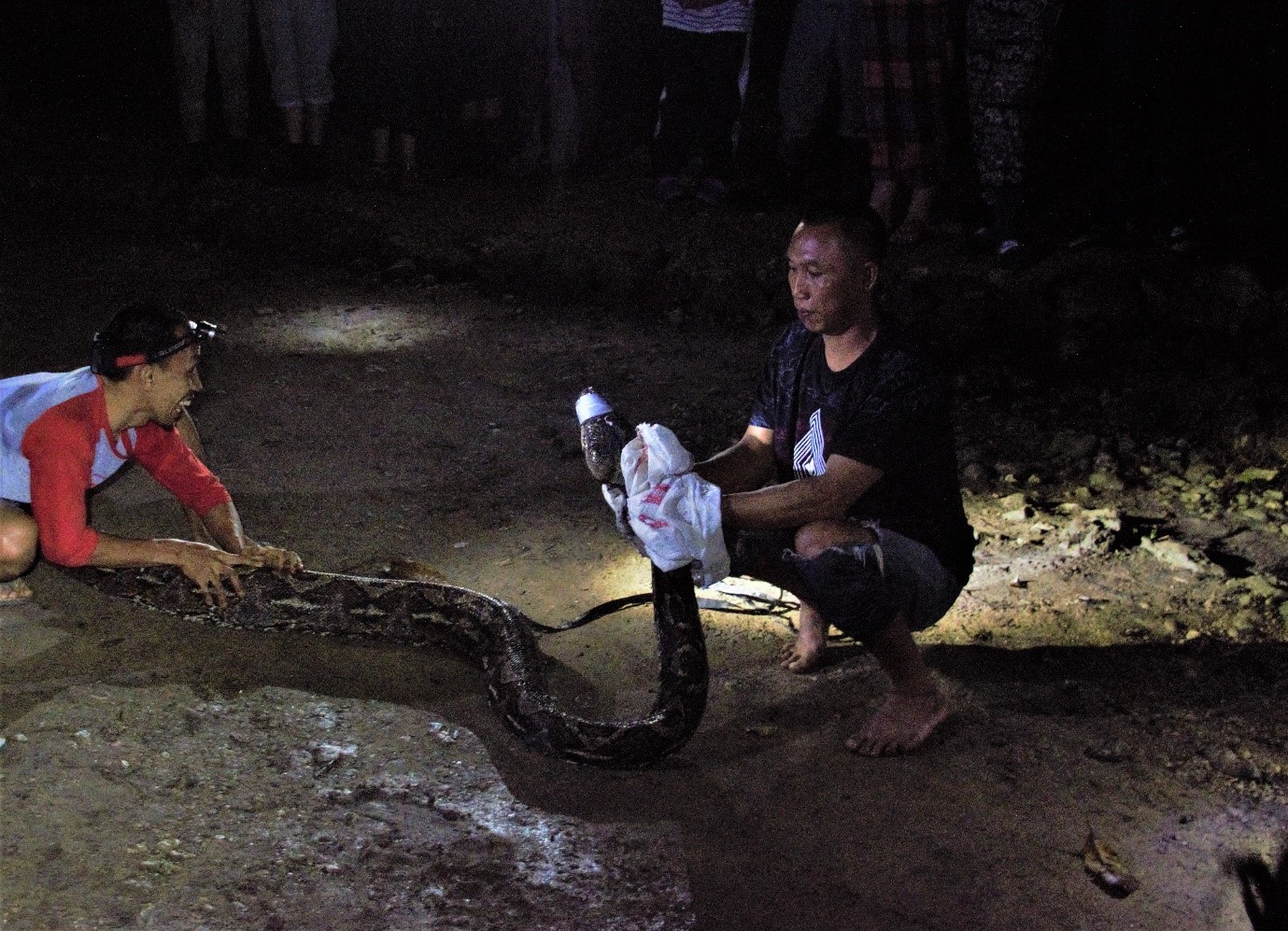