On Friday the 12th of July our group embarked on one of the most exciting and thrilling adventures, but also one of the most challenging and terrifying experiences some of us have ever faced. The fear of the unknown scared many but was overpowered by the excitement and thrill of working closely with Operation Wallacea to study the biodiversity of different species and calculating the amount of carbon stored within the abaurial biomass, by using an array of new techniques we were going to learn. After 30 hours of exhausting traveling from Heathrow to Bau Bau, we were warmly welcomed by the Operation Wallacea team based in Labundo, Indonesia. We were introduced to the team members and shown around the hosts family’s house where we were staying for the night. After the long treacherous plane journey everyone was very grateful to be on land and not confined in the small spaces the plane provided. After a long night’s rest and a taste of the vibrant local culture, we were ready to trek out to camp the next morning. 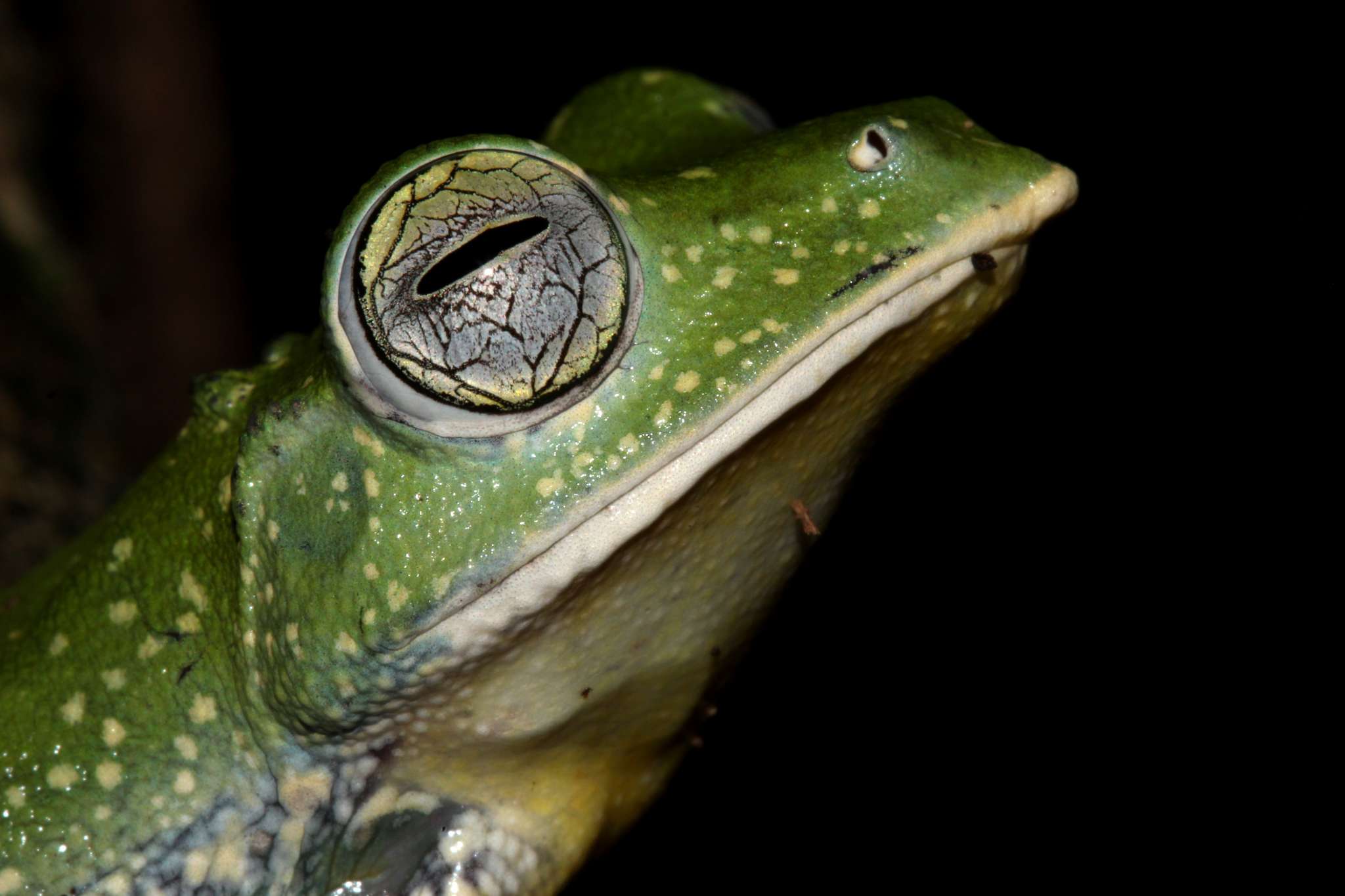 The trek the next day provided a challenge as we were faced with many hills which felt as if it was going up a 90 degrees angle, going deep into the rainforest. However, the scenic views were well worth the trek as we entered a paradise filled with lushes green trees and plants. After arriving at base camp, we were given a tour of the area where we were shown  our hammocks, dinning area and mandi’s. The next couple of hours consisted of settling in and having our first lecture and briefings. Afterwards we had our first jungle skills were we learnt how to estimate distances from a situated position and learning the endemic species located in Labundo. We then had some local cuisine and then went on our first Herps survey. The Herps survey was conducted at night where we were catching and identifying different species of frogs in the river beside the base camp.

On our first official day in base camp we set out to continue the Herps survey in the day by checking pit fall traps located on transect 2. We set out at 7:30 and started our walk to the first trap, in which we found nothing in. Our second trap had a lizard and frog situated in it, we took the measurements and the name of the endemic specicies and recorded in a data table. In the third and fourth trap we found another frog and some baby frogs in which we recorded the data in the table. On the fifth trap we did not find any species, so we started to make our way back to base camp.  After our survey we had some lunch and then prepared for our jungle skills. At jungle skills we learnt survival skills incase we got lost within the rainforest. We first learnt what food was edible and would not posion us. Afterwards we learnt how to retrieve water frome cutting up the branches and then how to build a shelter and build a fire. Finally we worked within our teams to create the best shelter, however our team was unsucessful as we all ended up wet after the water bucket test. At night our group went on our third survey where we surveying bat species. Unfortunatley due to the wet weather we where only able to catch one bat. The bat we caught in the harper trap was an insect bat, in which we measured and recorded the data on the sheet provided.

On our second day we completed the most important survey in which we calculated the amount of carbon stored within the abaurial biomass. Our group was split up into pairs, in which we were all set with diffrent tasks. My task was to measure the amount of seedlings in a 2 x 2 square, we measuerd by counting the amount of seedlings and recording the number on the data sheet. We then had to count the amount of trees within a 5 x 5 square , where we also recorded the number on the same data sheet. The other groups had diffrent tasks which ranged from measuring the big trees, counting branches and taking picures. We finished early which meant that we were able to go back to base camp, where we decided to take a swim in the river. We then finished of our night with a lecture about the types of species found on the island. 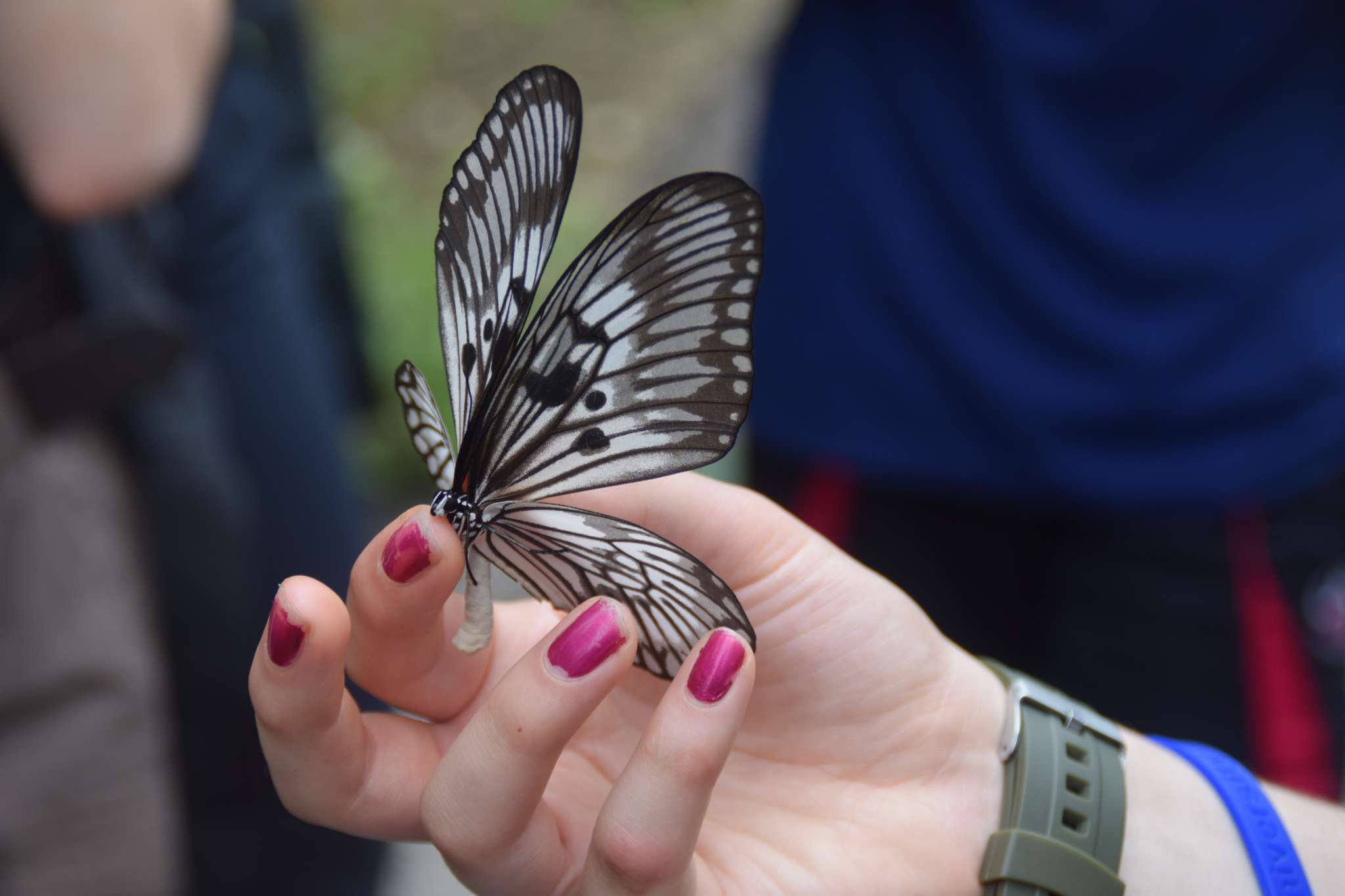 On our second to last day we completed our fifth survey where we went on transect 5 to catch and record data of diffrent species of butterflies. We caught over 9 different species of butterfly and we were able to hold the butterfly and take photos in order to identify and record the data required. However we were unable to catch as many butterflies due to the weather as it had rained. Afterwards we had our megafauna survey where we were tracking small mamals such as annoa, pigs and deer. However throughout the survey we were only able to find and identify pig tracks and where they had pulled up roots. We also heard two pigs about 15 meters away from where we were standing. Although it had rained an hour before which meant that tracks were easier to see. We then had our final lecture where we learnt about deforestation and the impact aswell as conservation projects and what else we can do to help.

Overall the whole experience Operation Wallacea provided has been an amazing experience that will open many doors and opportunities for me in the future.