Just like the other classic conservation story in other parts of the world, the relationship between Buton Macaque (Macaca ochreata brunnescens) and farmer in Buton island are not peaceful. The macaque—whose habitat is rapidly declining due to deforestation—are raiding the farmland to get some cucumber or corn. This, obviously, is the major source of frustration for the low-income farmer whose life depends on their tiny yield of their crop. The farmer will try anything to repel those furry robbers from the land, from something passive like a guard dog or scarecrow, to a more aggressive approach like electric fence or even rifle.

However, there’s one time of the year where this classic mouse-and-cat relationship drastically change. A point where the nemesis become the best ally you can ever had. 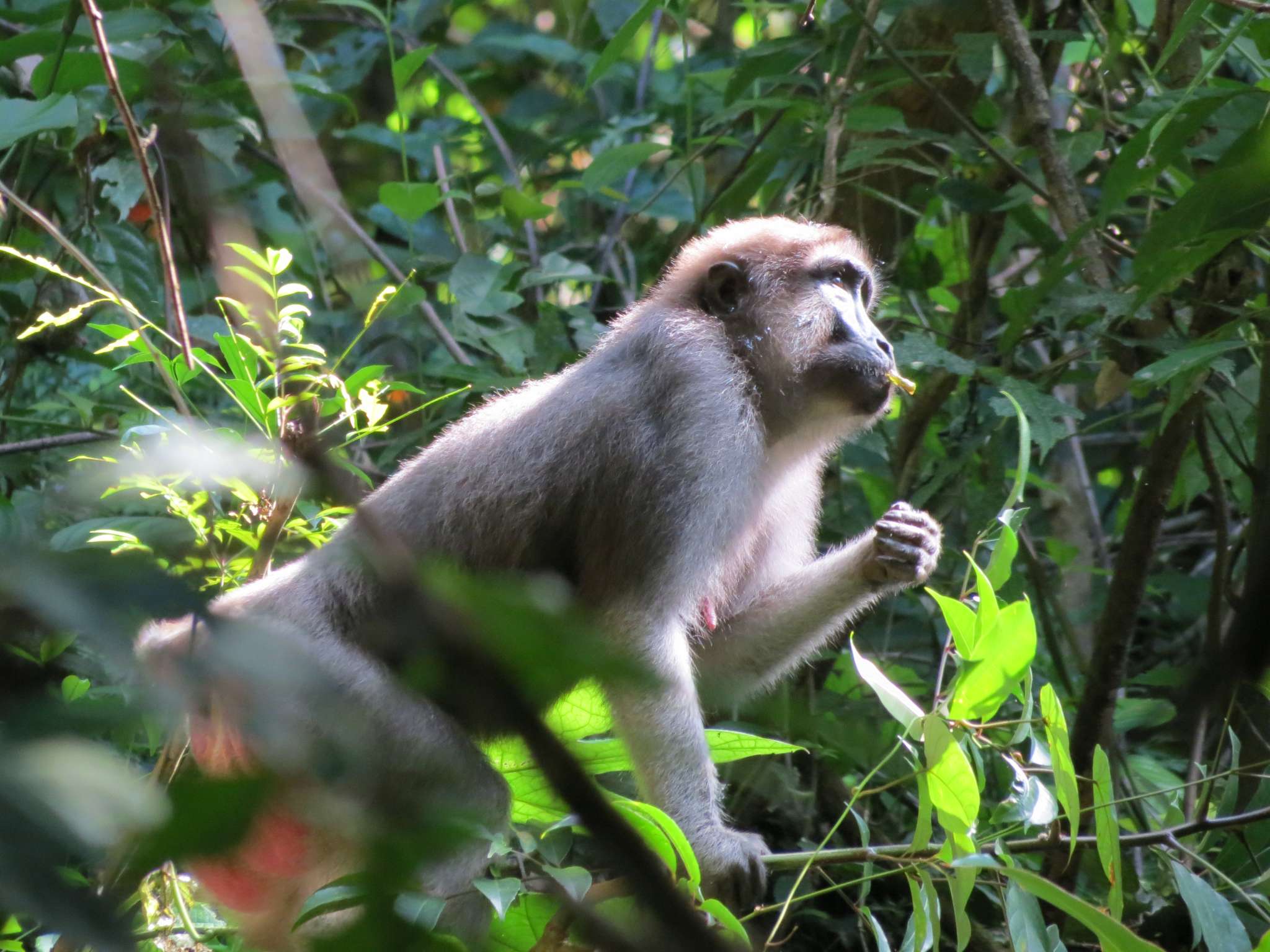 “In the cashew season, we make a pact with the macaque. We welcome them to our farm,” said Halliday, a senior guide who has been working with Opwall since the dawn of this organization. “In fact, we desperately pray for them to come.”

We were walking through this thick agroforestry area in the skirt of Labundo-bundo, the base village for Opwall operation in Buton Island, South East Sulawesi, when Halliday told me the story of the unique relationship between the macaques and the farmers of the island. As the farmer and part-time naturalist, his knowledge about this topic is far more advanced than any farming textbook can offer.

The cashew itself is one of the most important commodities from Buton, as this limestone-infested land is not really suitable for vegetables and other annual crops. There are hectares of cashew farmland around Labundo-bundo, each filled with hundreds or even thousands of trees, with distinctive twisted-looking branches that sprawl irregularly from the main trunk. At the end of the branch, a single, rounded-ended leaf grow sparsely here and there, giving the impression of not a very healthy tree.

The strangest thing that grew from this tree, however, are its fruit: a green bell-shaped fruit with fruity flesh. A single nut then grew from inside of this fruit, piercing through the flesh and give a distinctive kidney shape hanging underneath. This nut is the main product of the tree, and is worth an adequate fortune for the farmer of Buton–as Halliday said, a successful harvest season usually end up with a new car in the farmer’s garage!

“However, harvesting cashew is not an easy task,” said Halliday, whose finger were pointing up to some small fruit bud at the peak of the tree. “With hectares of area to cover, harvesting all those cashews need a lot of manpower.”

To harvest the nut, farmer often need to hire some people to climb the trees and collect all those cashew fruit. Once harvested, they also need to hire even more people to extract the nut from the fruit. This will add a great amount to their production cost, reducing their already tiny income into even smaller number. Even with the relatively stable price of cashew, this extra production cost still can be the major source of bankruptcy over the life of Buton’s cashew farmer.

That scenario, however, rarely happen thanks to the help of our skilful-but-cheap cashew harvesting expert that often raid the farmland: The macaque.

“Macaques love the cashew, but only the fruit, and not the nut.”

Halliday then told me story on how the macaque will raid the cashew farmland in great number. With their fantastic arboreal skill, collecting all those tiny cashew fruits are just a piece of cake for them. Throughout the season, the troop will feast on the juicy fruit all day, leaving the unprocessed nut behind. After the party, all the farmers need to do is just collecting the nuts from the ground—already clean and dry—ready to be sold for a high price in the market.

We ended that day’s walk by walking through this tiny little path bordering the cashew farmland, just next to the forest edge. Just on the horizon, some of the trees suddenly shook violently, as tens of macaques rushed over the canopy trying to hide from us. The silent forest suddenly full of life, with the noises of scream and broken branches filled up the entire soundscape.

“They are still our enemy now,” said Halliday, his eyes looms over the giant alpha male that trot across the path. “But soon, they will be the greatest friend we can ever had.” 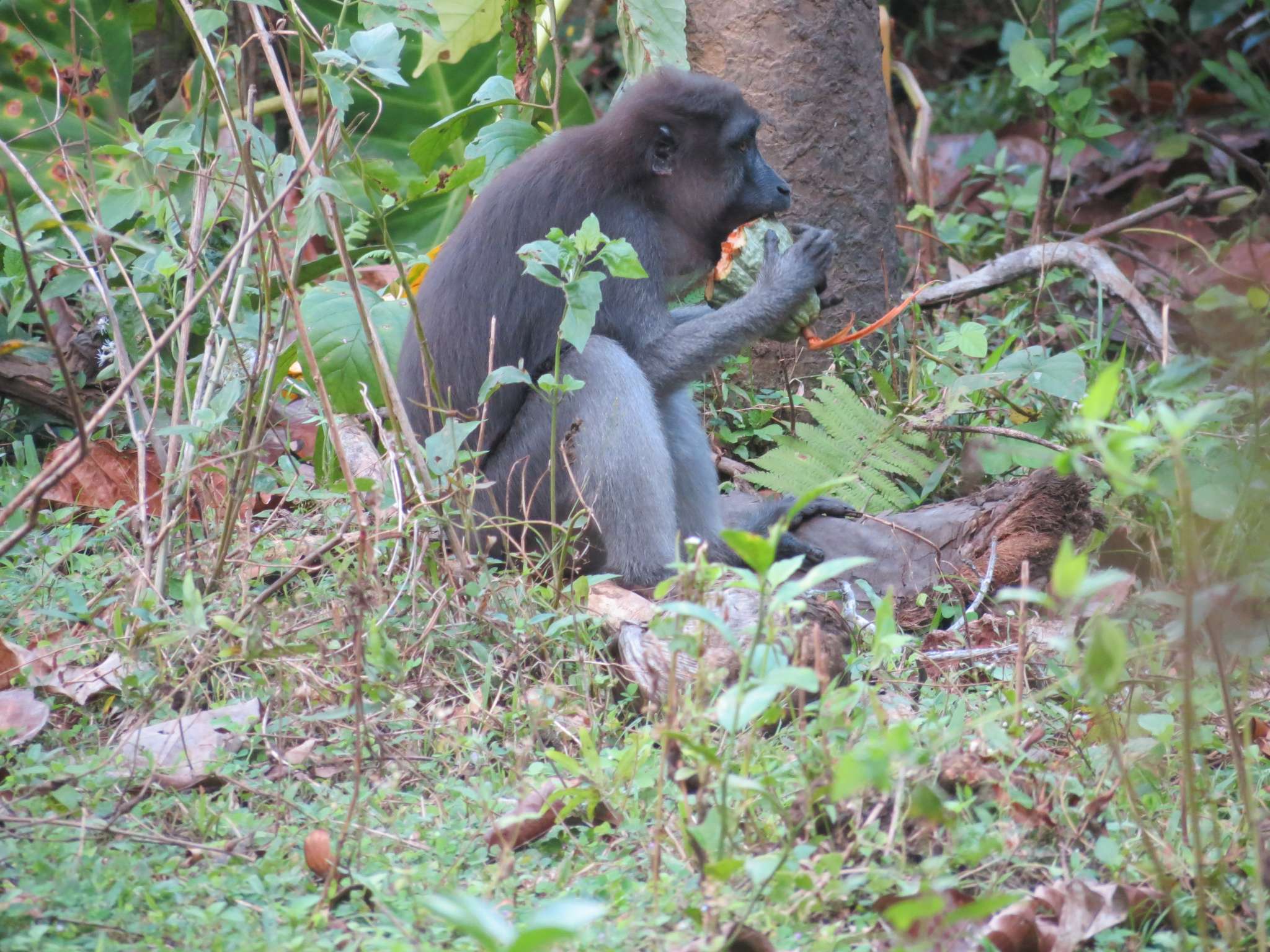