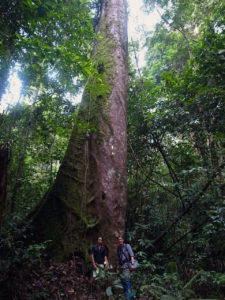 I am the senior ornithologist for the Honduras site in Cusuco National Park and have been working here since 2012. I am currently undertaking my PhD research on the behaviour and physiology of Nightingale-thrushes (Catharus sp.), particularly focussing on species ‘turnovers’ (where related species replace one another on elevational gradients). More broadly, I am interested in all aspects of avian ecology, of which the majority of tropical species are poorly known, with those in Cusuco being no exception! I have been an avid birder since childhood and have travelled and worked extensively worldwide with a particular fascination for regions and species that have received little scientific focus. My PhD research is funded by the NERC London Doctoral Training Partnership and I am based at Royal Holloway University of London.