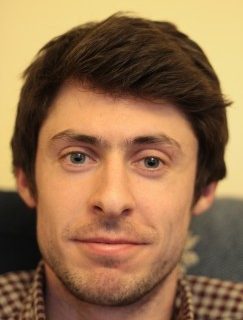 Sean completed his PhD on integrative avian taxonomy and the role of competition in the diversification of passerine birds. The Wallacea region is one of the most biologically diverse and geologically complex regions on Earth. Thus, any biological research in this region is incredibly exciting and highly warranted. My PhD research focussed on populations of small passerine birds from South-east Sulawesi and the Wakatobi Islands under two major themes: (i) integrating molecular and phenotypic data to resolve the poorly understood taxonomic relationships of birds in the area; and (ii) combining detailed behavioural, ecological and morphological data to further understand how competitive interactions can drive evolutionary change. Fieldwork in Sulawesi was essential to the success of this project and made possible by the support of Operation Wallacea. My fieldwork was split between research sites on Buton Island and the Wakatobi Islands. Birds were caught safely using mist-nets in order to attain biometric data (e.g. wing and bill length) and feather samples (which were later used for DNA analysis and stable isotope analysis). In addition to this, I spent a large amount of time studying the behaviour (e.g. feeding behaviour and competitive interactions with members of the same/different species) and ecology (e.g. habitat preferences) of my study species in the wild. By comparing bird populations from mainland Sulawesi and Buton to those on the Wakatobi Islands, I was able to determine whether or not those birds that looked alike were actually members of the same species. Furthermore, by comparing populations within the Wakatobi archipelago, I was able to gain a further understanding of the patterns and processes of evolutionary change in island organisms.