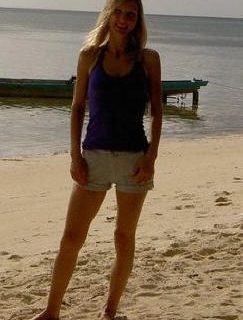 Kriszti’s research on ethical food product pricing schemes for goods being produced in environmentally sensitive places fell within the context of agriculture-related environmental issues and socio-economic challenges. It investigated whether ethical food product pricing schemes can be a way out of poverty for people while sustaining at least the current level of biodiversity. In the last few decades there have been numerous attempts to create various food based certification schemes but so far only a few have won wider recognition with the general public. Kriszti’s thesis examined how these popular food based certification schemes (Fairtrade, Rainforest Alliance and Organic) were developed, grew and are perceived by the general public as having socio-economic and biodiversity benefits. Her research focused on the environmental and biodiversity performance criteria of these certification schemes. It also explored the possibility of developing additional standards which could be added to these schemes to include product purchased directly from whole communities rather than producers’ co-operatives. This should improve the associated livelihoods of producers and in the meantime significantly slow environmental degradation and loss of biodiversity. Kriszti’s PhD was funded by the University of Nottingham and supervised by Dr Richard Field and Dr Sarah Jewitt (School of Geography, University of Nottingham).