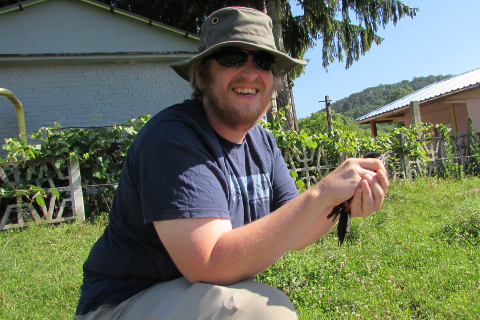 Toby graduated from the University of Nottingham with a degree in Biotechnology in 2008, but after a 2007 Egypt expedition with Opwall developed a severe case of wanderlust and instead decided to travel the world instead of getting a real job. He spent two years travelling solo around Asia, Australia and South America with nothing but a rucksack, before returning home in 2010 broke but fulfilled. He joined Opwall that September and has had a wide array of roles in the company ever since, both in the field and in the office where he spends his time looking after most of Opwall’s technical aspects and playing with the website. He ran the Mozambique project in 2011, was the country manager for South Africa from 2012 to 2016 and Transylvania in 2017 and 2018.