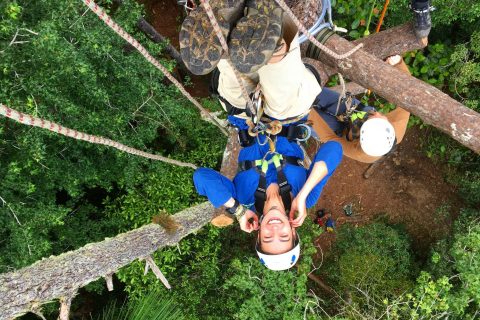 Stephanie graduated from the University of Toronto in 2017 with a HBSc. In Biological Sciences, and minoring in Environmental Science, and Literature & Film studies. She then completed her Master of Environmental Science, specializing in Conservation and Biodiversity, also at the University of Toronto. It was through her Internship with the Masters program that Stephanie began working with Operation Wallacea in June of 2018. Her internship started in Cusuco National Park, where she worked as a School’s Coordinator, and upon returning to Canada Stephanie worked in the office for the remainder of the year as part of the Schools and University Recruitment Team. She returned to Honduras in the summer of 2019 to take on the School’s Manager role in Cusuco National Park. She also joined the 2018 March Peru expedition that takes place for Canadian high school groups. She is currently back in the office as the 2019 field season has come to a close, and is looking forward to getting involved in another expedition in the future.